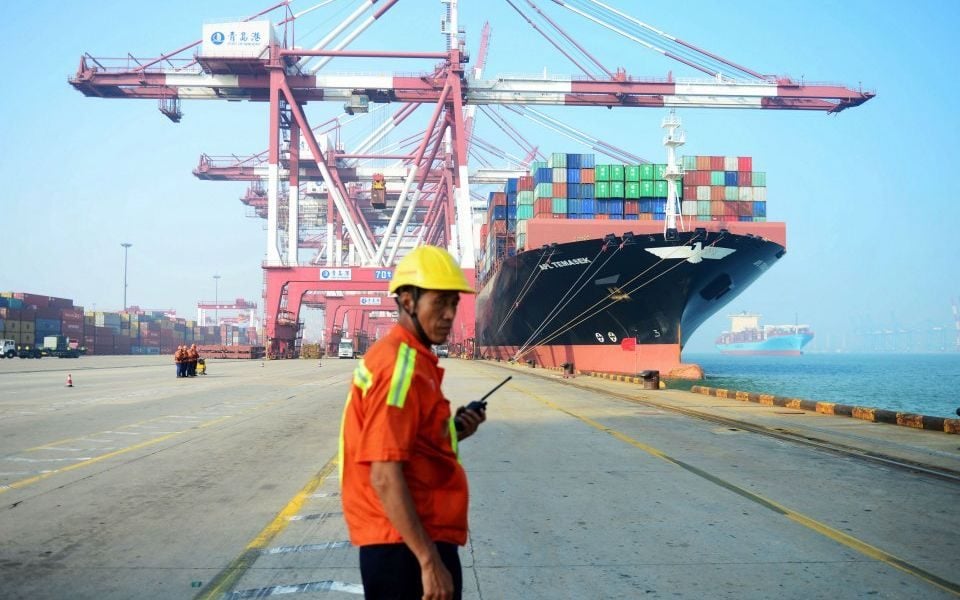 China’s gigantic trade surplus unexpectedly narrowed in April, as the country’s exports fell 2.7 per cent year-on-year in a sign that pressure from the US was hurting the Chinese economy.

Imports fared better, however, rising four per cent in April after a fall of 7.6 per cent in March, according to official customs data, indicating that domestic demand may be stabilising.

The data comes days after US President Donald Trump announced that the US would be cranking up tariffs to 25 per cent on $200bn of goods from its economic rival from their current rate of 10 per cent.

China’s currency, the renminbi, came under pressure this morning following the worse-than-expected figures. Economists had predicted a rise in exports of 2.3 per cent, following a shock jump of 14.2 per cent in March.

Trade talks between China and the US will resume in Washington this week, and falling exports will ramp up the pressure on the Chinese negotiators to reach a deal.

Beijing had reneged on a series of agreements reached in previous rounds of talks, rowing back on promises to change its domestic laws in areas such as intellectual property and forced technology transfers, Reuters reported this morning.

China’s reversals prompted Trump’s ire, who announced via Twitter on Sunday the dramatic ratcheting up of tariffs, which US trade representative Robert Lighthizer subsequently confirmed would take effect on Friday.

Joshua Mahony, senior market analyst at IG, said: “Chinese concerns are once again the main driver of bearish sentiment for global markets, with disappointing trade data piling on the pressure amid faltering trade talks with the US.”

He said: “The Chinese Yuan has been a key barometer of market confidence in the pathway of the Chinese economy, and with thus it comes as no surprise to see dollar-renminbi turning higher once more as a result of this latest setback for Asia’s biggest country.”