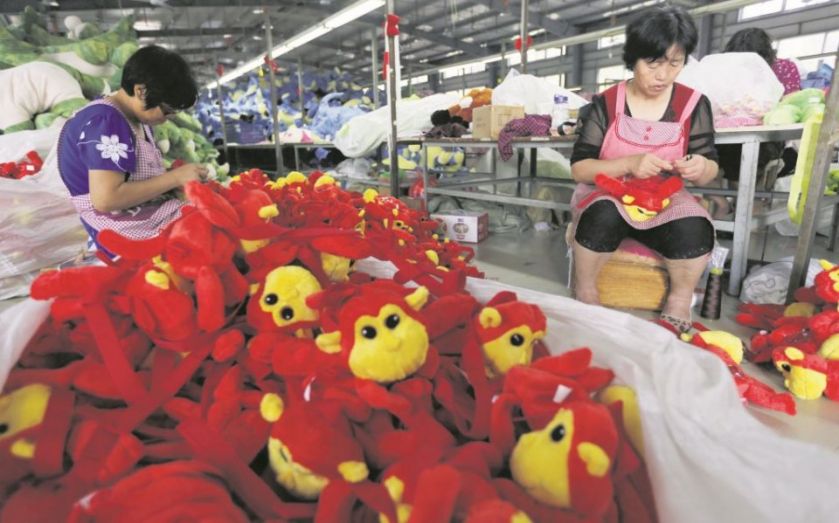 China's unravelling has had repercussions all over the world, from the $3 trillion (£1.96 trillion) wiped off global stock markets in the space of days, to fears of deflation in the UK and currency devaluations in places as distinct as Vietnam and Kazakhstan.
The Shanghai stock market – which is down 40 per cent in the space of two months – is the latest pressure to weigh on China, from the build-up of risky shadow banking to a property bubble and the sharp economic slowdown it is now enduring.
The recent announcement of a seven per cent growth rate for the second quarter was widely ridiculed – as datapoints from electricity usage to freight train movements reflect an economy that’s moving far more slowly.
Read more: China’s real crisis is that it may never become a rich country
While growth of five to six per cent may be much faster than in the West, it’s still half the rate the giant economy has been growing at for the past 20 years.
And when Beijing cut its main interest rates for the fifth time since last
November in a bid to boost growth, the move was widely interpreted as one of desperation. “China’s direct attempts to tackle the symptom – falling stocks – have so far failed. It needs now to address the problem, which is a slowing economy,” says Neil Williams of Hermes Investment Management.

Inappropriate investment – in roads that went to nowhere and whole towns of empty shopping malls and houses – has been highlighted as the biggest cause of China’s slowdown. “If you grow that fast, logically you have to slow down,” says David Coombs of Rathbones.
But increasingly it is China’s falling competitiveness that is being pinpointed as the reason why the giant is stumbling.
There are probably few concepts as dull as productivity, but a country’s rate of work output helps to dictate how competitive it is. High productivity is integral to an economy’s success and historically the Chinese have been exceedingly good at pumping out goods at a low cost.
But economists now believe productivity has collapsed, meaning much less work is getting done, and at a far higher cost. “Wage growth has been absolutely rampant, wages were up 30 per cent in the last few years in China. If you do that your productivity collapses,” says Peter Toogood of City Financial.

Unbeknown to outsiders, China’s workforce has benefitted from union power, and wages have been driven up 30 per cent in the past several years, according to China Labour Bulletin.
“When I speak to Chinese companies about unions they are not keen to talk about it. But I can tell you China is just like anywhere else. They don’t raise wages unless they have to,” Coombs says. “Wages have been rising because workers have been demanding it.”
Read more: Is there cause to be upbeat about China at the moment?
Beijing does not publish official productivity statistics, although it does release a range of other data, including levels of employment in the manufacturing sector, and industrial production. Using these figures, economists can draw a picture of what’s going on inside the secretive state.
China’s productivity shrunk to minus 15 per cent last year, down from 20 per cent annual growth a decade ago, according to Williams’ estimates.

The implications for China’s economy are enormous. For starters, higher wages mean companies have been shifting production overseas.
Even Chinese companies have begun taking their manufacturing to cheaper neighbours Cambodia and Vietnam, where salaries are lower, says Mike Kerley of Henderson Global Investors.
As the cycle of higher wages, lower manufacturing and slowing growth continues, the need to tackle the country’s falling competitiveness will only continue.
It also points towards more devaluation of the yuan. “If China is worried about its own competitiveness it is going to have to do something else to protect its market share, and that’s devaluation,” says Williams.
The news is interesting as when China surprised the market with a sudden two per cent yuan devaluation, many commentators suggested it was aimed at liberalising the currency as condition for entry into the International Monetary Fund’s elite basket of global currencies, called the special drawing rights (SDR) basket.
But some economists, including Williams, believe it was more about addressing this competitiveness conundrum, and merely “dressed up as readiness for inclusion in the SDR”.
Indeed, further yuan devaluation may be one of few cards Beijing has left to play. “China seems to have had very few options left to regain its competitiveness and foster much-needed growth,” says Ben Seager-Scott of Tilney Bestinvest.