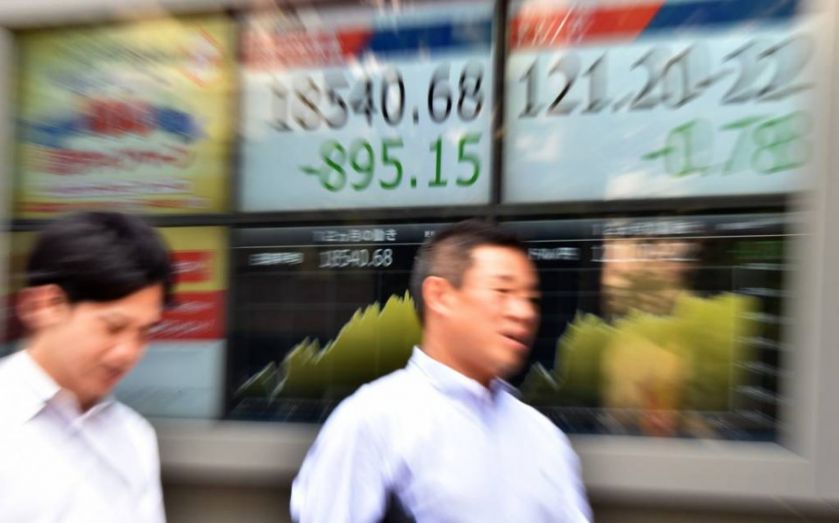 Markets throughout Asia collapsed on Monday amid concerns over China's slowdown, prompting comparisons with the region's financial crisis in the early 1990s.

The Shanghai Composite closed 8.49 per cent down, wiping out all 2015 gains so far and marking the largest drop since 2007. Taiwan’s Taiex closed down 4.8 per cent, though during trading it dropped as low as 7.2 per cent – the biggest fall since 1990. Hong Kong’s Hang Seng index closed 5.2 per cent down and Japan's Nikkei closed 4.6 per cent down.

"Markets are panicking. Things are starting look like the Asian financial crisis in the late 1990s. Speculators are selling assets that seem the most vulnerable," Takako Masai, head of research at Shinsei Bank in Tokyo told Reuters.

Taiwan stock market had its biggest plunge in 25 years.

Sure I remember 2015. That's when the global financial crisis started in Kazakhstan.

The Chinese economy has grown by just seven per cent over the second quarter of 2015, slower than any time during the financial crisis.

On Friday, American stock markets closed in the red over global growth concerns. The Dow and S&P 500 closed 3.12 and 3.19 per cent down respectively. This morning futures were heading south.

S&P futures just crossed the 10% decline mark from their May highs. $SPX pic.twitter.com/Z82zxOoxgo

The Dubai stock market meanwhile opened 5.6 per cent down.