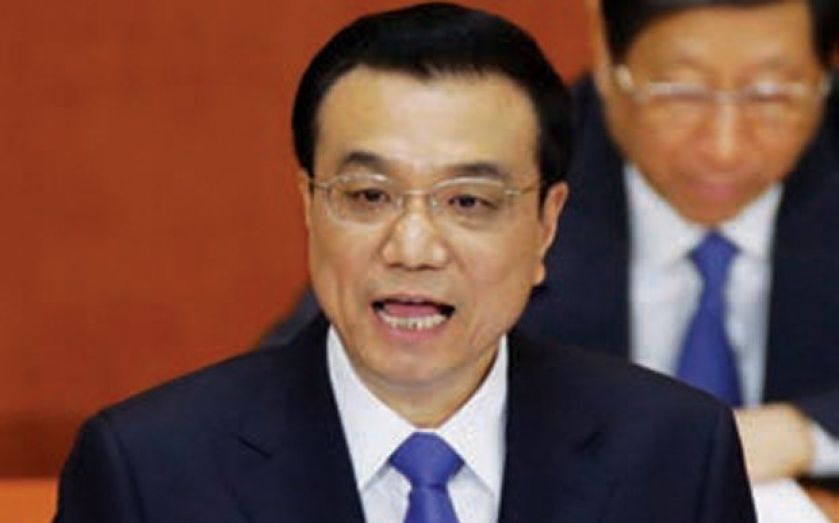 THE CHINESE authorities yesterday said they would stick to their target of 7.5 per cent growth for the current year, despite concerns that the economy could slow down further.

Premier Li Keqiang, making his debut appearance at the National People’s Congress, also said the state would maintain its inflation target of around 3.5 per cent.

However, some analysts expect problems in China. A note from the Zew economic think tank in Germany said yesterday that its economic expectations for China had declined further.

Zew’s economic panel on China (CEP) indicator captures the expectations of financial market experts regarding China’s development, and has sunk by almost 20 points since December.

China’s 7.5 per cent target “is going to be nothing if not challenging,” Societe Generale analysts said yesterday, while credit rating agency Standard and Poor’s cited rising public sector debt and risk from expanding shadow banking.