After interviewing Eric Partaker, the co-founder of burrito chain Chilango, he says I should try the food at his elaborately decorated restaurant on Cannon Street. I ask what he recommends, and instead of picking from the regular menu, he suggests I sample the “Noah’s Ark” – a lunch box containing all the meat options.

A slightly grim joke (apologies to any vegetarians reading this), but it turns out that this is from Chilango’s “secret menu”. This is somewhat similar to what chains like McDonalds or Starbucks have, where customers and fans have worked out combinations of the regular listed items that create tasty concoctions. And Chilango’s food does taste good.

Read more: That's a wrap! The boss of Tortilla talks about the business of burritos

Partaker started the business 11 years ago, when he and his co-founder Dan Houghton were working in the UK at the tech company Skype. Having grown up eating Mexican food in his home city of Chicago, Partaker spotted a gap in the market for a quality burrito restaurant in London, and suggested to Houghton that they go into business together. 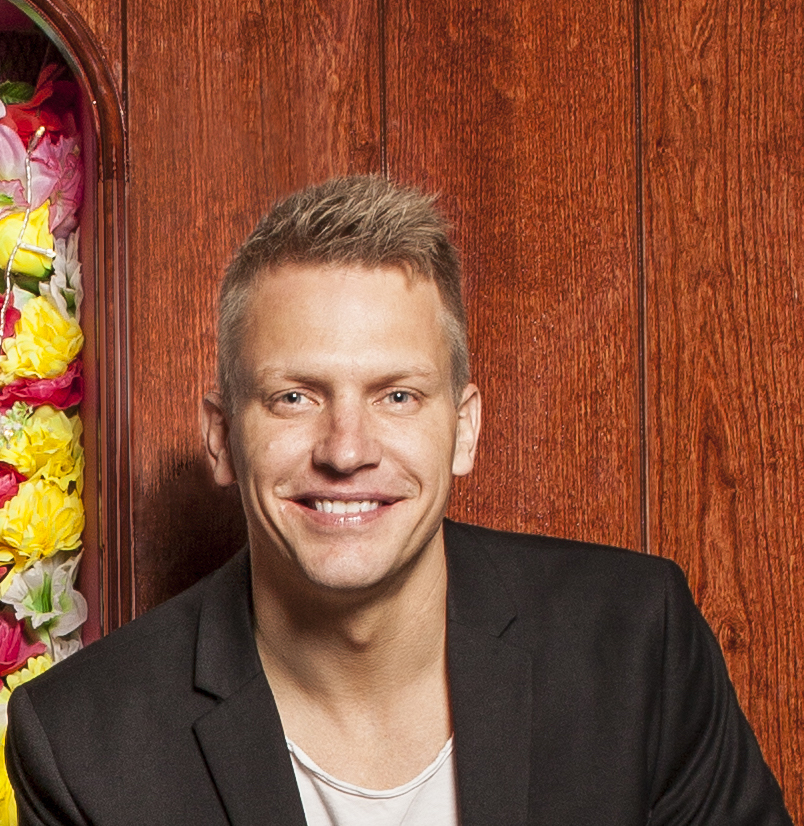 “We worked super well together,” he says. “We were very, very lucky in that on psychometric tests, we literally test quite oppositely from each other, because the partnerships that don’t work out, I think, are the ones where the people are too similar. That really worked in our favour at both Skype and Chilango.”

Going from the tech industry to the fast casual dining sector doesn’t seem like the most natural career path, but Partaker argues that Skype taught the pair how to create a Mexican food business.

“What I mean by that is, voice over internet protocol had existed for 10 years prior to Skype’s arrival, so why did Skype succeed? Because it did two things: it focused on an awesome product, and wrapped it in a brand that people loved. So those were our core tenets for Chilango.”

Now with 10 restaurants in London and one in Manchester, the company is producing net sales of around £10m a year. But it’s a competitive market, and since launching, several other Mexican food chains have come to the capital, such as Chipotle and Tortilla. In this increasingly crowded space, what sets Chilango apart?

“We’re towards the premium end of this fast casual burrito space,” says Partaker. “We have on average the highest prices to reflect the higher ingredient quality, and the Michelin-star culinary talent that stands behind our brand – the former senior development director for Heston Blumenthal’s restaurant The Fat Duck has done a lot of our recipe development.”

Partaker’s current focus is on Chilango’s latest fundraising campaign, which began in October. In return for a minimum investment of £500, the chain is offering a retail bond that aims to pay an eye-popping eight per cent interest a year, along with bonus free food rewards. I’ve even bought some bonds myself.

Read more: Burrito bonds sound delicious, but are they a good investment?

The “burrito bond” smashed its initial target of £1m within 24 hours of launching, and has currently raised more than £3m, but the fundraiser will come to an end this Friday.

This isn’t the first bond from Chilango – it raised £2m from over 700 investors in 2014, and hasn’t missed an interest payment yet – but it is an unusual type of investment, and one that has faced criticism.

More accurately known as a minibond, investors cannot sell or trade their bonds, and must leave their money invested for a minimum of four years. Also, unlike savings in a regular cash account, the bonds are unsecured, meaning that if Chilango were to collapse, bondholders would not get their money back.

“These are riskier investments than other investments out there, which we’ve reflected in the higher interest rate,” explains Partaker. “Anyone considering the minibond investment should fully understand the risks of an investment like that, and read through all the documentation we’ve provided.

“That aside, I’m extremely pleased with the results. We had a £1m target, which we crushed within 24 hours – we’re currently at £3.4m.”

Critics also ask why companies like Chilango would offer minibonds with pricey interest rates rather than borrow more cheaply from a bank, but Partaker argues that crowdfunding offers several advantages.

“Yes, we could go to a bank, get a loan, and create four fans at the bank’s sales team, or we put it to the public. With both Burrito Bond campaigns, we now have not just an investor base of 1,500 people, we also have a sales force of 1,500. To me, that’s worth the extra effort and the higher interest rate to create that group of brand ambassadors.

“The key thing with crowdfunding is that it’s half an exercise in fundraising, and another half in brand building and marketing.”

Proceeds from the fundraiser will go towards refinancing the 2014 bonds and establishing new branches of the chain. Chilango is currently planning to open a restaurant in Birmingham, and another two in London.

Long term, there are plans to expand internationally.

“We’ve already trademarked Chilango in 30 different markets with that in mind, and have engaged in a few cease-and-desist orders against some people who have come to London, recognised our success, and outright copied the brand and everything, but with bad food,” he reveals.

While Chilango is focusing mainly on London, it’s also thriving in an otherwise difficult period for the capital’s food scene, with many restaurant chains closing left and right.

The brand may not be the only burrito joint in London, but it’s certainly one of the most ambitious, and Partaker seems to be as enthusiastic and vibrant as the interior design of his restaurants.