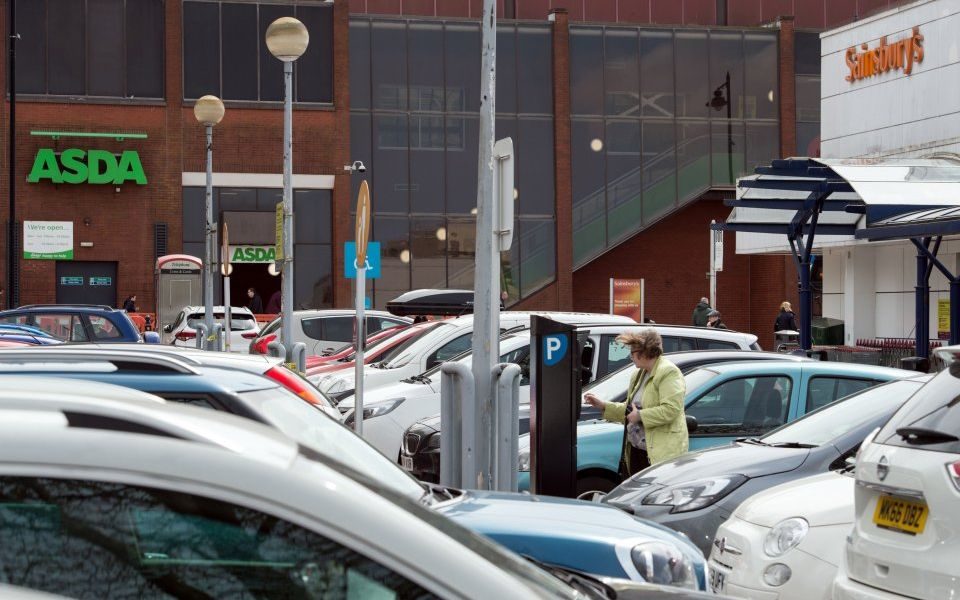 Mike Coupe was a happy chappy back in April. Notably he was caught on camera humming the lyrics to the gold digger's song – 'we're in the money' etc, after announcing a supermarket mega merger like no other.

This week however the companies' complete lack of understanding of the Competition and Markets Authority has come back to bite them where it hurts. Coupe was clearly furious after the CMA slapped down Sainsburys proposed merger with Asda. But hubris and nemesis comes to mind as this always looked like it would never pass the CMA’s tests, however fickle the regulator may seem.

Shares in Sainsbury's dropped like a stone, skidding lower by more than 18 per cent. Investors are rightly accepting that this deal is dead in the water. Sainsbury’s may continue to make its case but the barriers to clearance now seem too high to clear, and even if something could wash with the CMA it would not be acceptable to Asda/Sainsbury’s. The CMA has effectively killed this deal whatever management says and in spite of their insistence to fight on.

The list of competition concerns raised by the deal is neither short, nor surprising. What's more surprising is the hubris that led Sainsburys to this point, and the fact that Sainsbury’s clearly thought the CMA’s bizarre decision to green light the Tesco takeover of Booker was enough to base its decision to press ahead with this merger. Maybe the CMA should factor in discounters more in its assessments – it's fascinating that the main reason behind this defensive major has not really factored in the CMA's assessments. But as Stuart McIntosh at the CMA rightly pointed out, the Tesco/Booker clearance was no precedent – a retailer and wholesaler marrying is not like two of the country's largest retailers tying the knot.

Worst of all for the firms and for Coupe's reputation, the CMA says it is 'likely to be difficult for the companies to address the concerns identified'.

As we noted to clients in April: 'There is a not unsubstantial risk that this deal may not clear the regulator even with store divestments.'

Again turning to the Apr 30 note:

'The CMA’s relaxed attitude to the Tesco-Booker deal is also a factor. The CMA waved through the Tesco-Booker deal on the nod but the boards of Walmart and Sainsbury’s cannot expect the same laissez-faire approach for their proposed mega-merger. Booker is a wholesaler and that difference should not be ignored. Significant store divestments will be the minimum required by the regulator. But it’s hard to see how this one can work from the regulatory perspective.'

The difference with Tesco was Sainsbos trying a merger with a direct competitor and taking the big 4 down to 3, which is often the key tipping point in national competition considerations.

Coupe and co put all their eggs in one basket – you have to question what the plan is now and whether management will remain for long.

Where now for Sainsbury's and Asda?

Sainsbury's is the squeezed middle, losing market share to discounters and simultaneously losing out to more premium brands. The worry is it has no credible plan except this merger. Mike Coupe may have been singing ‘we’re in the money’, but to borrow another Ginger Rogers movie song of the time, he should really have been singing ‘I’m putting all my eggs in one basket’. Today we might pick 'The song is ended (but the melody lingers on)'.

Key questions now face Coupe: does he stay on to fight this until the bitter or admit defeat now? Does he leave the company? It's been a tough time for Sainsbury's as Tesco and Morrison turned their respective supertankers around; the going was easier a few years ago and Sainsbury's has failed to keep pace. The acquisition of Argos was a good move, but that alone won't solve Sainsbury's problems. A thorough root and branch review is needed in the core grocery division.

For Asda, the question I guess is who now makes a move? Walmart has made it pretty clear it wants out of the UK and it may well find some more suitable suitors than Sainsbury's. Amazon has long been talked up as a potential buyer of one of the big UK grocers; Asda could fit, although its currently a lot closer to Morrisons through a partnership agreement in the UK. If Amazon picked Asda, it might leave Morrisons out on a limb, although not nearly as much as Sainsbury's looks right now.