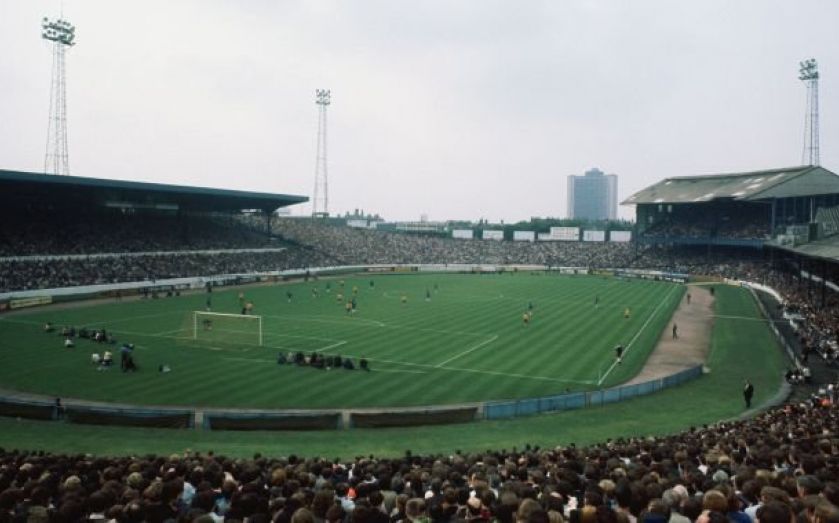 The increasing likelihood that Chelsea might remain at Stamford Bridge, the club's home since 1905, is wildly comforting to me as a supporter since the late sixties.

When the club flirted with moving to Earls Court or Battersea Power station a couple of years ago, I allowed myself to see the reasoning behind it. But in my heart I felt an inexplicable sadness.

For me, and no doubt thousands like me, supporting a football club has always been about rituals. Getting off at the same Tube station, eating and drinking in the same locality, trudging away from the ground after a defeat in silence. That kind of thing.

As the team and managers changed, and as fewer and fewer Englishmen, let alone Londoners, took to the field, my environs didn't. I could still walk the atmospheric track through west Brompton cemetery; I could still retrace the steps of my childhood when I Tubed it home after the match and changed at Charing Cross for the Northern Line. And that ensured I still had the bond with the club I had always treasured.

The reality is that in the modern world and with modern rules (Financial Fair Play, in particular), football clubs can only spend in accordance with what they earn. And that means the bigger the stadium (as long as it is full, or thereabouts) the better.

Chelsea's ground is housed in more than 12 acres of prime west London real estate. But its previous owner Ken Bates had decreed that football's days as a mass spectator sport were on the wane and hemmed the stadium in by building a hotel that would earn revenue on the many days the ground wasn't utilised. In the 1990s, when Chelsea's crowds sometimes hovered as low as 12,000, Bates' arguments may have had some logic.

But now, despite ever higher admission prices, the stadium's capacity of 41,000 is tested virtually every match. And clubs such as Manchester United, Newcastle, Arsenal, Manchester City and soon Liverpool play in much larger arenas, meaning they make greater revenues. Chelsea might have one of the world's richest owners in Roman Abramovich, but even his spending is curtailed by the new rules.

So expand we must and it looks like the club has finally decided to stay where it is, having explored alternative local options. If that means a year or two's exile in Twickenham, Vince Cable permitting, or Wembley, so be it, while the building work goes on to take the capacity up to around 60,000.

It looks as though the hotel might have to come down, but few tears will be shed for that.

As long as they keep the pitch where it is and the Shed Wall around the outside (where I used to stand, seemingly miles away from the pitch) for the memories, I for one will be happy.