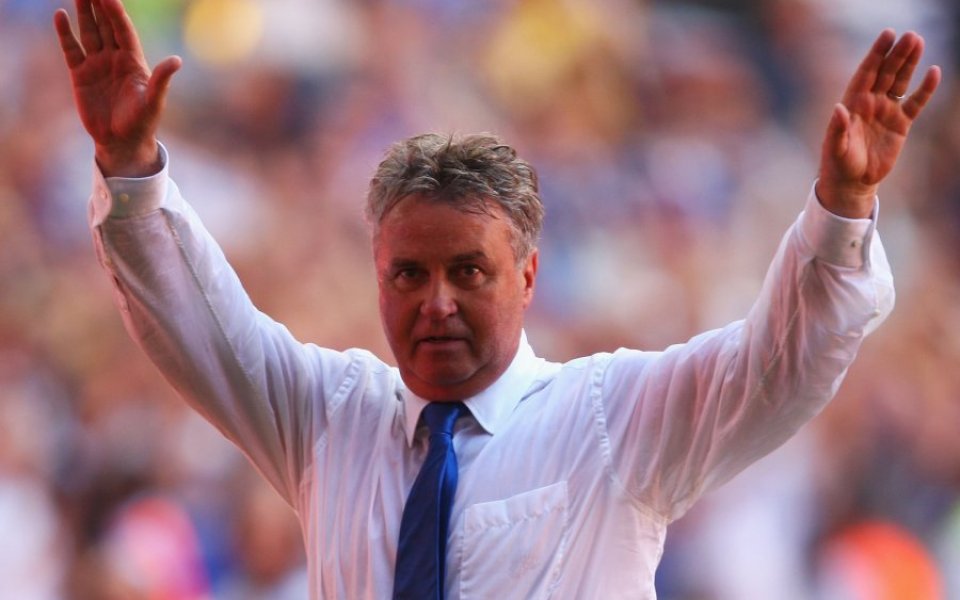 The favourite to replace Jose Mourinho as Chelsea manager has said he needs more information before committing to the club.

Guus Hiddink, who successfully managed Chelsea on an interim basis in 2009, has been pictured at Heathrow airport after flying into London for negotiations with Blues owner Roman Abramovich.

The Russian billionaire dispensed of Mourinho for a second time yesterday following a disastrous start to the Premier League season which has seen Chelsea lose nine of 16 games.

Yet despite winning the FA Cup and being embraced by the Stamford Bridge faithful during a short four-month spell six years ago, Hiddink appears to want assurances he is not stepping into a hiding for nothing with Chelsea currently hovering just one point above the relegation zone.

Read more: Mourinho's legacy hopes were based on an outdated concept

"I want to get some good insight before I make my decision," he told Dutch newspaper De Telegraaf.

"I want as much information as possible. Chelsea are in a bad situation and there are reasons for that.

"Whether or not I'm visiting their next match depends on my first conversation. Then I'll decide if I should stay in London longer."

Since leaving Stamford Bridge, Hiddink has managed Russia, Turkey, Russian side Anzhi Makhachkala and Holland and has failed to achieve any notable success.

The Dutchman endured a disastrous spell in charge of his country's national team that somewhat mirrors Mourinho's own travails with Chelsea this season.

After taking charge of Holland following their third place finish at the 2014 World Cup, Hiddink lost five of his 10 games in charge and was sacked after less than a year.