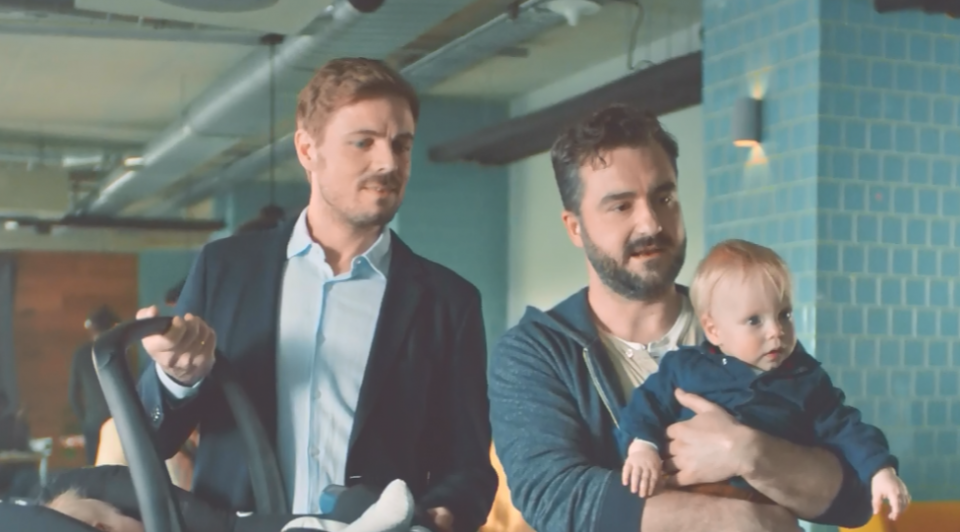 The advertising watchdog has banned two adverts in its first crackdown on campaigns that feature harmful gender stereotypes.

In an advert for Philadelphia soft cheese, two men were shown becoming distracted when choosing their lunch and failing to notice when their babies were carried away on a conveyor belt. At the end of the ad, one man said to the other: “Let’s not tell mum.”

The TV campaign, which appears on the company’s website, sparked complaints over the suggestion that men were incapable of caring for children and put them at risk as a result of their incompetence.

Mondelez, which owns Philadelphia, argued that the ad was intended to be humorous and the gender roles could be reversed, adding that it deliberately chose two men to avoid the stereotype of mothers with childcare responsibilities.

But the ASA banned the ad, ruling the humour derived from the use of harmful gender stereotypes.

In a separate ruling, the watchdog also banned an advert for the Volkswagen eGolf following complaints that it portrayed men engaged in adventurous activity and women in care-giving roles.

The TV ad depicted two males astronauts, a male para-athlete and a woman sitting on a bench next to a pram.

The rulings are the first under new rules designed to crack down on gender stereotypes in advertising, after research found it could restrict the choices and aspirations of both children and adults.

But the measures have come under criticism over concerns they are illiberal and could stifle creativity in the advertising industry.

“While it doubtless has good intentions, the ASA has seemingly let its zeal to enforce the new rules on harmful gender stereotypes override its common sense in this first batch of rulings,” said Geraint Lloyd-Taylor, partner at Lewis Silkin.

“What was meant to be a liberal and progressive change in approach to offensive and socially irresponsible gender stereotyping has become something that looks very illiberal and even regressive.”

Lloyd-Taylor added that the watchdog’s definition of harm was “unworkable” and needed to be clarified.

The ASA also received complaints about an advert for Buxton water, but ruled that its portrayal of a female ballet dancer, a male drummer and a male rower did not perpetuate harmful stereotypes.

An ASA spokesperson said: “Coming weeks after the new rule against harmful gender stereotypes came into effect, this first batch of rulings shows where we’re drawing the line.

“We hope advertisers will study the portrayals to understand where the boundary lies between depictions of gender stereotypes in ads which are not deemed to be harmful and those now prohibited by the new rule.”