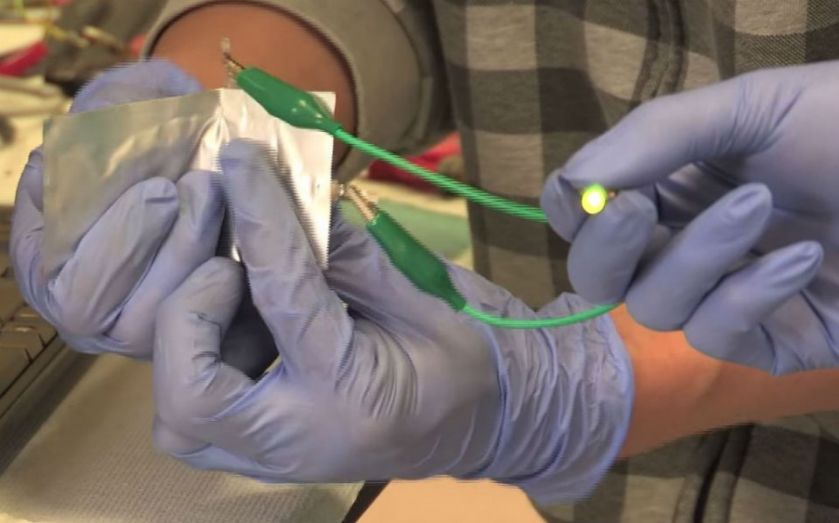 An end to dead smartphone batteries?

An experimental battery which can be recharged from zero to 100 per cent in an “unprecedented” 60 seconds has the potential to revolutionise technological devices.

Made of aluminium rather than lithium or alkaline like those currently used in smartphones and laptops, the battery is also safer and cheaper to make, giving it huge potential for commercial production.

It’s the first time scientists have found a way to produce a rechargeable battery using the metal, which is known for its ability to hold a high charge capacity as well as for its low cost and safety.

“People have tried different kinds of materials for the cathode. We accidentally discovered that a simple solution is to use graphite, which is basically carbon. In our study, we identified a few types of graphite material that give us very good performance,” said Stanford chemistry professor Hongjie Dai.

The aluminium battery is not only quicker than the lithium-ion and alkaline batteries currently used in smartphones and laptops, but has the potential to last longer and provide more charges over its life.

The new battery, which is still at an early experimental stage, could help popularise the bendable phone, a concept floated by Samsung and LG, since the materials happened to create a prototype that is bendable.

“Another feature of the aluminium battery is flexibility,” said graduate student Ming Gong who co-lead the research which is published in the latest issue of Nature.

“You can bend it and fold it, so it has the potential for use in flexible electronic devices. Aluminium is also a cheaper metal than lithium.”

The battery produces two volts – slightly more than a double or triple A battery and around a half that of the standard lithium battery in mobiles. However, the scientists hope that improvements in the materials can eventually increase that.

“Otherwise, our battery has everything else you'd dream a battery should have: inexpensive electrodes, good safety, high-speed charging, flexibility and long cycle life. I see this as a new battery in its early days. It's quite exciting," said Dai.