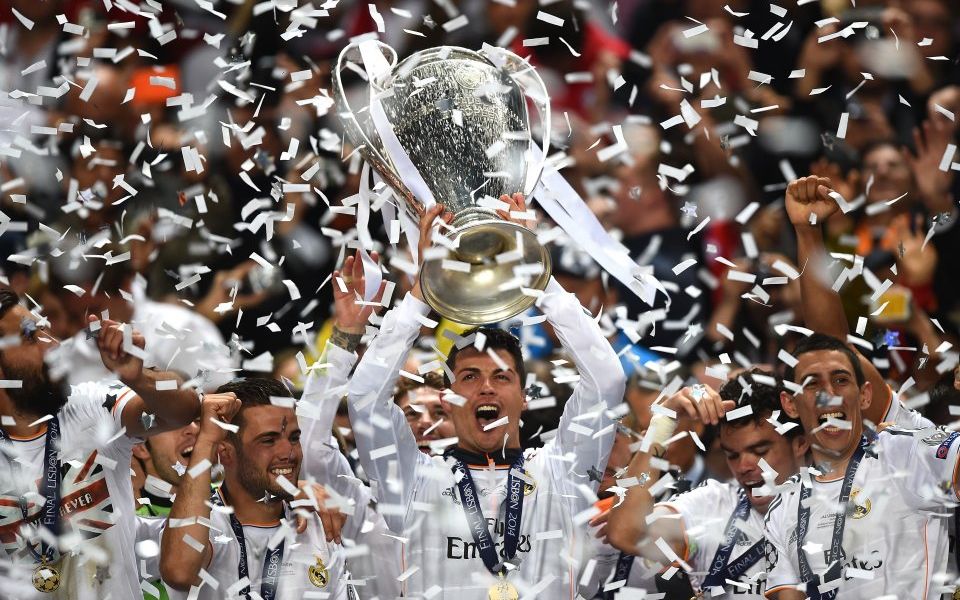 This Saturday’s Champions League final between Juventus and Real Madrid pits two of the competition’s biggest-earners up against each other for the largest prize in its history.

Juventus and Real Madrid are the highest and second-highest earning clubs from European competitions in the last five years, having been paid a respective €281m (£245.9m) and €277m (£242.4m) by governing body Uefa.

Real Madrid are top of the table of money earned from European competitions this decade, having earned €345.7m since 2010.

Spanish champions Real, who will become the first team to retain the Champions League with victory over their Italian opponents, stand to receive a record €54.2m (£47.4m) in prize money alone with a win in Cardiff.

Yet Los Blancos’ total take home from European competition this season will hit €58.2m, thanks to the €4m they received for winning the Super Cup last August.

Italian champions Juventus can make €55.2m (£48.3m), having won one more match in the group stage than Zinedine Zidane’s men.

Playing in their second Champions League final in three years, the strong showings from Max Allegri’s team have combined with the relative under-performance other Serie A sides, guaranteeing them the lion’s share of Italy’s TV money and propelling them to the status of European football's highest earner in recent years.

The prize for winning this year’s final is a straight €15.5m, a €500,000 increase on what Real Madrid received for beating Atletico Madrid on penalties last year, while the loser can take solace in a €11m runners-up prize.

Every club present in the group stage receives a basic allocation of €12.7m and an additional €1.5m for every win and €500,000 for every draw.

More money is then up for grabs as clubs progress through the rounds: €6m for a round of 16 appearance, €6.5m for a place in the quarter-finals and then €7.5m for reaching the semi-finals.

Uefa estimates it will generate €2.4bn from its competitions this year, including the Europa League and 2016 Super Cup, €1.3bn of which will be shared amongst clubs in the Champions League.

With €761.9m of that allocated for performance prize money, the remaining €507m goes into the TV market pool.

With Italy’s only other representative in the Champions League, Napoli, being dumped out in the round of 16, Juventus stand to take the largest proportion of Italy’s TV pool — worth approximately €112m.

Half of a country’s TV money is distributed by Uefa to clubs based on where they finished in their previous domestic season.

As reigning champions, Juventus are due a 55 per cent slice of this portion of TV payments, leaving Napoli with 45 per cent.

Distribution of the remaining half is determined by the number of games a team has played in the current season of the Champions League — another reason for Juventus’ directors to rub their hands with glee regardless of the result on Saturday evening.

As perennial Serie A champions — the Old Lady have won six consecutive scudettos — Juventus have, for the last five years, always been awarded the largest slice of at least half of Italy's Champions League TV money.

Furthermore, only once in the last five years have Juventus been bettered by one of their compatriot clubs in the Champions League.

In the 2013/14 season Italy’s most successful club exited at the group stage while AC Milan reached the first knock-out round.

Yet Juventus still finished with €50m — €13m more than Milan — from their European exploits thanks to their subsequent run to the Europa League semi-final.

In fact, Juventus have scooped up nearly a third of all payments to Italian clubs since 2010, despite not even qualifying for Europe in the 2011/12 season.

Juventus have earned €303.5m from the approximate €1bn paid to Italian clubs by Uefa this decade — 30.2 per cent.