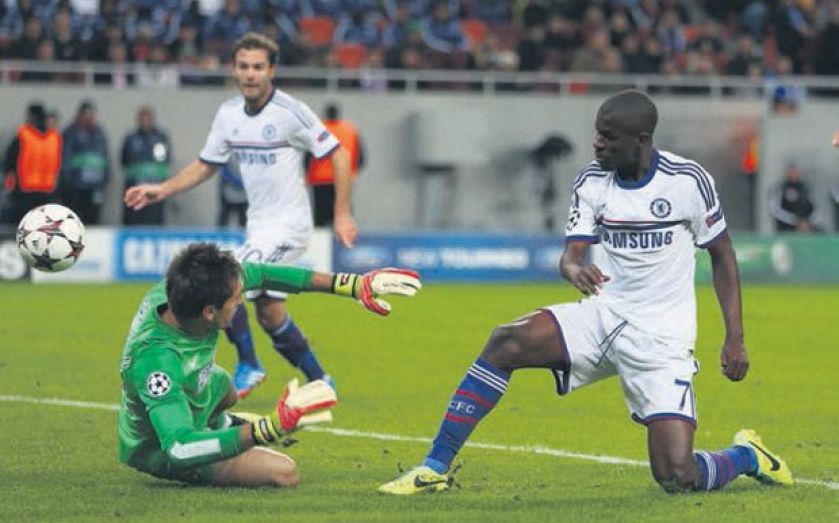 Midfielder Ramires struck either side of an own goal in Bucharest, before Frank Lampard finished off the rout in a convincing win.

Elsewhere though, victory for Schalke in Basel means Chelsea remain third in the group and outside of the automatic qualification places.

But Mourinho is confident his team will progress with four matches still to play.

“We needed to clean what we did at home and did it with a good result and a good performance,” he said.

“This result was important because if we don’t win then we’re under pressure. I’m very satisfied. The result was very good, the points and also the score, because you never know if you will need the goals later.

“The performance was very solid since the first minute. We kept control of the game and played good football with intelligence and maturity and away from home in Europe that is not easy.”

Chelsea suffered an early setback when striker Fernando Torres limped off with a knee injury, which Mourinho hopes “will not be another Van Ginkel situation” with the midfielder set to be sidelined for six months.

But the Blues opened the scoring on 19 minutes when winger Andre Schurrle, described as “fundamental” to Chelsea’s excellent performance by Mourinho, burst down the left flank and squared for substitute Samuel Eto’o, on for the injured Torres, whose scuffed shot was stabbed in by Ramires from close range.

Chelsea doubled their lead on 44 minutes after Eto’o broke forwards on the counter and saw a low shot pushed away by goalkeeper Ciprian Tatarusanu, but the loose ball was inadvertently turned into his own net by defender Daniel Goergievski sprinting backwards in a desperate attempt to cover.

Ramires hit the third on 55 minutes following another lung-busting run from Schurrle who found Oscar in space. The Brazilian midfielder in turn squared for Ramires to fire in his third goal in as many games at the near post.

Juan Mata and Oscar both saw efforts hit the post as Chelsea continued to dominate, before Lampard wrapped up the scoring in the final minute with a low drive into the far corner from 20 yards.