Cement the Special Relationship with some American Whiskey 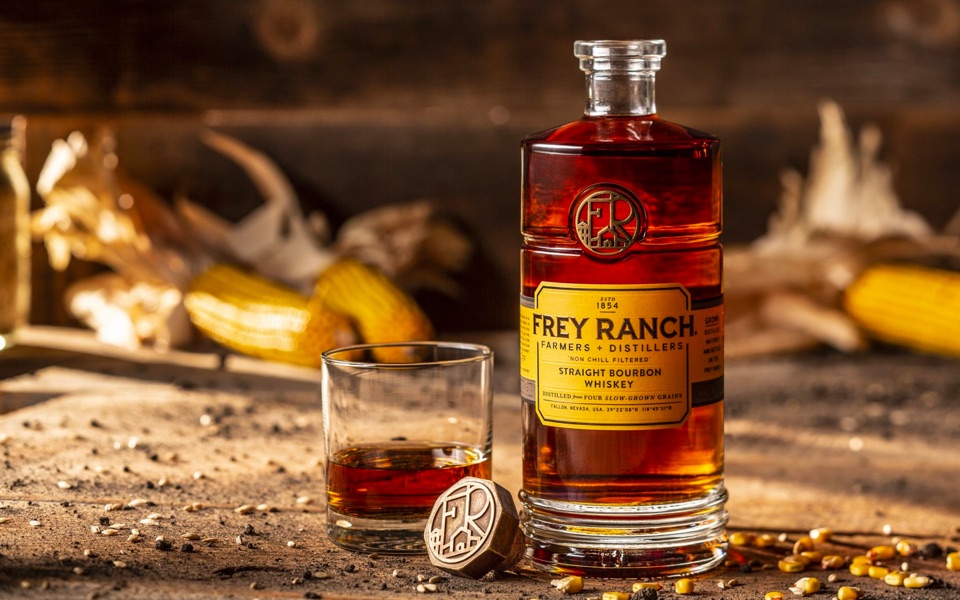 Earlier this month the Biden administration announced it was suspending Trump-era tariffs on the import of Scotch whisky to the US, reducing the price of single malts for American consumers. If you wanted to reciprocate, there are many long-established American whiskeys you could purchase, but if you’re willing to try something new, your adventurous spirit could be rewarded.

Booming interest in bourbon is driving increased production, with numerous small, independent distilleries entering the market over recent years. Some of the spirits from these new players are now making their way across the Atlantic and on to the shelves of British retailers. Among them are New Riff and Jeptha Creed, which build on the rich traditions of Kentucky bourbon, and Frey Ranch, which is blazing new frontiers in Nevada.

New Riff has its genesis in The Party Source, a large, successful spirits retailer, well-known for its wide and reasonably priced selection of bourbons. Founder Ken Lewis eventually sold the business to his employees, and in 2014 set up New Riff, along with Jay Erisman, who was The Party Source’s Fine Spirits Manager. The distillery is based in northern Kentucky, just over the Ohio River from downtown Cincinnati (and still well inside the metropolitan area). With an eclectic mix of staff from fields as diverse as beer-making and politics, their output ranges from bourbon and rye, to gin.

Sweet and warming with the pepperiness characteristic of a high-rye bourbon. Butterscotch and vanilla are most prominent on both the nose and the palate, but spices such as cinnamon and clove are layered in on the tongue, and berries are suggested so strongly that you could be forgiven for thinking that this was aged in a sherry cask, rather than the virgin American oak that and bourbon demands. White pepper and a hint of grassiness remain at the finish.

An exciting, assertive whiskey, which prickles the mouth and soft-palate, this has a grain bill of 95% rye and 5% malted rye, and – like New Riff’s bourbon – it is aged for four years in American white oak. There is cracked black pepper, shortbread, and orange on the nose. The palate offers licorice and toffee overlaying rye spice and toasted oak. The finish expands to include traces of lychee.

About midway between Louisville and Frankfort, in Shelbyville, Kentucky, you will find the Jeptha Creed Distillery. It is located on the family farm of the co-owners – mother and daughter – Joyce and Autumn Nethery, who have dedicated 64 acres of their land to the production of an heirloom corn variety which they use to make their whiskey and vodka. Shocking red in colour, the grain revels in the viscerally descriptive name, “Bloody Butcher corn”, and creates wonderfully unexpected flavours.

The creed of Jeptha Creed is a commitment to a concept they call “ground to glass”, according to which anything they cannot produce on-site they attempt to purchase from nearby farms. Terroir may be viewed with scepticism in the world of distilled drinks, but their meticulous approach to securing high-quality and hard-to-source ingredients ensures Jeptha Creek stands out.

Uniquely floral and fruity, Jeptha Creed Straight Four Grain is made with a combination of 70% Bloody Butcher corn, 15% malted rye, 10% malted wheat, and 5% malted barley. It greets you with the scent of geraniums, dried apricots, and artificial strawberries, which are joined on the palate by pepper, mint, nutmeg, cloves, and toasted pecans, with a finish reminiscent of pencil shavings.

Jeptha Creed’s fun, fruity, flavourful, vodka is made with 100% Bloody Butcher corn. Drinking it could almost be regarded as tasting a component of their Four Grain bourbon. Effortlessly smooth, and slightly creamy, this unaged spirit has artificial banana on the nose and palate, thanks to the presence of a good slug of isoamyl alcohol (a common fusel alcohol which is used in the commercial production of banana-flavouring). There is some greengage plum on the finish, making this something of a rarity; a vodka you could happily sip neat. It is a surprise and a delight.

Frey Ranch is another distillery based on a family farm, and it embraces a similar ethos, emblazoning its bottles with the words: “Be good to the land and the land will be good to you”. CEO and co-founder Colby Frey’s forebears arrived in the Sierra Nevada in the 1850s, and have been working the land in question – around 2,000 acres of the Lake Tahoe watershed – ever since. It is here that Frey Ranch slow-grows the quartet of grains which they use to make their spirits; non-GMO corn, winter cereal rye, winter wheat, and two-row barley.

While Nevada stands out among US states in its permissive approach to vices such as gambling and prostitution, this libertarianism does not extend to liquor. Spirit production began on the site in 2006, but Nevada didn’t pass legislation to allow the operation of small commercial distilleries until 2010. That time was put to good use, however, as Frey Ranch’s core product is a bourbon produced from grain grown on the farm, then aged on-site for four years. The regions’ extreme variations in temperature – not just between seasons, but even between day and night – mean that the whiskey tastes as if it has matured for longer.

This is a beautifully complex whiskey, with a gently numbing taste of pepper from the rye. Creme caramel, cinnamon, and candied peel on the nose, are met by vanilla, toffee popcorn, black pepper, and mint on the palate, while the wheat lends a rich creaminess to its dry grass finish.

All of these drinks are available from the Whiskey Exchange