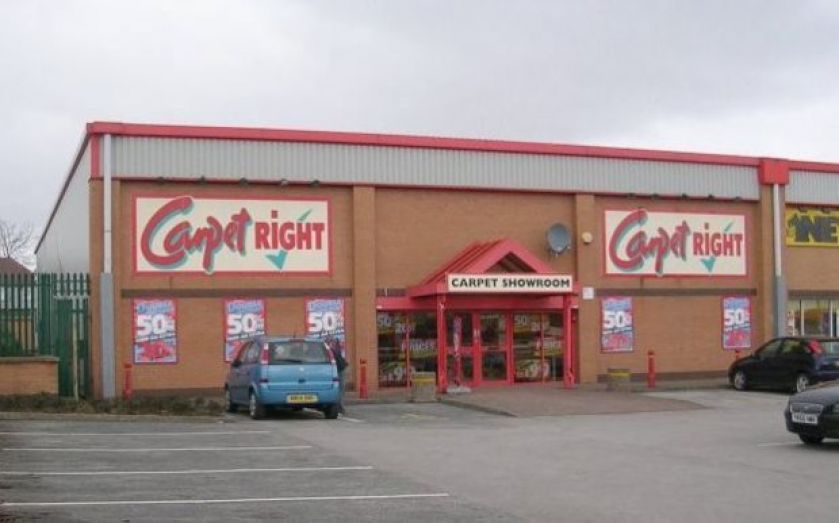 Carpetright has announced losses before tax of £7.2m for the 52 weeks ended 26 April. The carpet and floor coverings retailer also saw a slight fall in like-for-like revenues of 0.2 per cent.

Over the period 89 stores were refurbished. This took the total to 275 stores, representing 58 per cent of the trading estate.

The company also announced a further loss to its board, with Baroness Noakes set to step down once a new chairman has been appointed.

Following the announcement in May, Carpetright said Lord Harris will remain a non-executive chairman of the company after the AGM on 4 September. Harris will continue in this role until a new chairman is appointed.

Lord Harris, 72, will hand over the day-to-day running of the business to a new chief executive, Wilf Walsh, in July.

Walsh, a retail leisure industry veteran who has worked at Coral, HMV and European betting firm Fortuna, will be charged with steadying a group that has suffered a string of profit warnings since October.