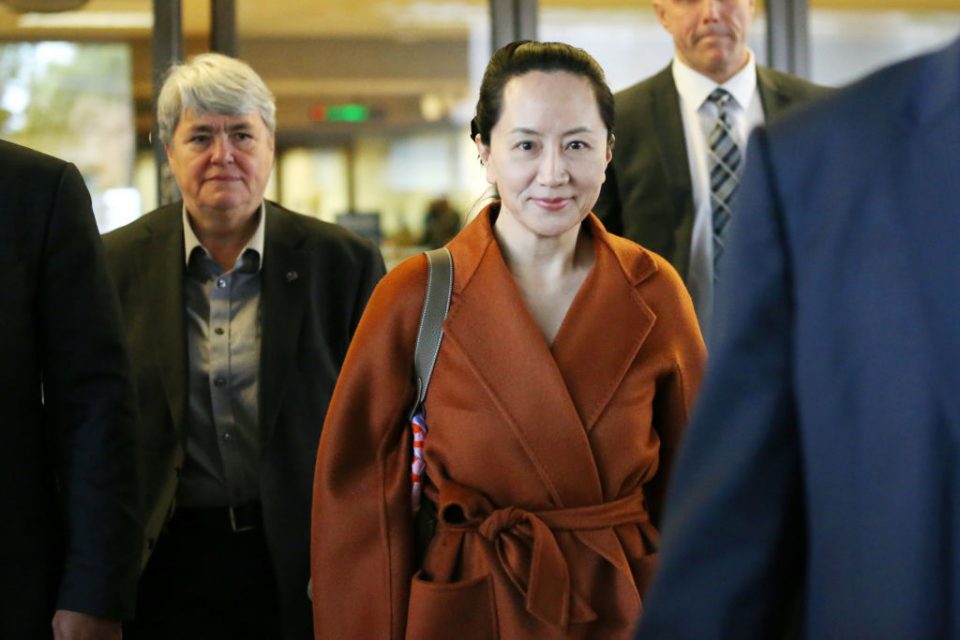 There is no evidence that officials acted improperly during the arrest of Huawei chief financial officer Meng Wanzhou, the attorney general of Canada has said.

The statement came in a filing made public last night, as Meng and her lawyers appeared in the British Columbia Supreme Court in Vancouver.

Defence lawyers have argued that Meng’s arrest in Vancouver airport in December was unlawful, and have called for greater disclosure of details surrounding her detention.

Her legal team has claimed that the Huawei finance chief was unlawfully searched and questioned under the ruse of an immigration check while Canadian authorities gathered evidence to use against her.

“We refer to this as a ‘covert criminal investigation’ under the pretext of an admissibility examination for immigration purposes,” Peck said.

In response, the attorney general said: “There is no evidence that the conduct of officials, either Canadian or foreign, has compromised the fairness of the extradition proceedings.”

The filing stated that the attorney general had already made extensive disclosure to Meng, and had substantially, if not entirely, provided Meng with the non-privileged materials she was seeking in the disclosure application.

“No purpose would be served in providing further disclosure,” it added.

Meng was detained at the request of the US and is facing charges of misleading banks and violating sanctions against Iran. She has denied the allegations, but is facing extradition.

Read more: Huawei drops lawsuit against US over seized equipment

The case has become a key point of contention in an ongoing dispute between Huawei and US President Donald Trump’s administration.

Huawei has accused Trump of using Meng as a political pawn as the two sides seek to defuse trade tensions.