Can cryptocurrencies wean the world off the US dollar? 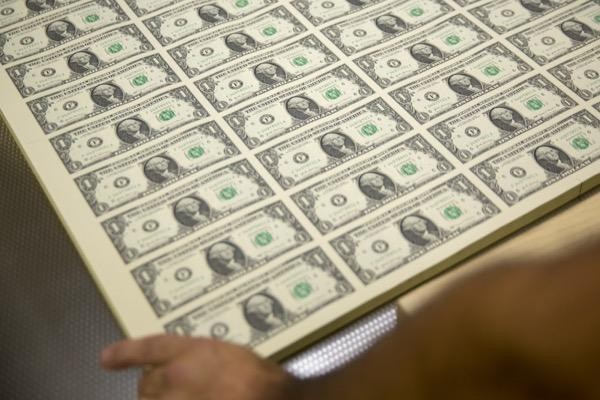 There has been a huge shift in the global economy over the past 60 years. The US is still one of the biggest economic forces around the globe, but its influence on the world stage has waned as emerging economies have developed.

The US accounted for as much of 40 per cent of the world’s gross domestic production (GDP) at the start of the 1960s but that figure is closer to 15 per cent today, and its share of international trade has fallen to about 10 per cent. China has seen its share of global GDP rise from just 2.3 per cent in 1980 to around 18 per cent today, and it is now the largest country in terms of international trade by accounting for over 12 per cent of the total. Overall, emerging market share of global GDP has almost doubled over the past four decades to around 60 per cent and that is forecast to reach 75 per cent by 2030.

And yet, the US dollar still plays an outsized role in the global economy. Two-thirds of all emerging market external debt, global equities, and government foreign exchange reserves are denominated in dollars. Countries that generate around 70 per cent of the world’s GDP use the dollar as an anchor currency, and one-third of all countries directly peg their own currencies to the greenback, as the world’s reserve currency.

While the world economy has clearly rebalanced itself over recent decades, the dominance of the dollar has not changed – and some believe this is becoming a problem.

What are the problems with the dollar’s dominance?

Globalisation has intensified the financial integration of the world economy, but the dollar remains the currency of choice, whether that be for cross-border transactions, debt, or financial and foreign exchange trading. But this means developments in the US that influence the dollar’s exchange rate end up having a greater impact on the rest of the world, and that’s why the US Federal Reserve (Fed) leads other central banks when it comes to monetary policy. This, as some economists have described, means the global financial cycle is a dollar cycle. In a nutshell, the world is too reliant on one country’s currency and this will allow financial crises to spread to others quickly.

Last month, the governor of the Bank of England (BoE), Mark Carney, said that this meant governments were having to hoard huge amounts of dollars to protect themselves against swings in the US economy. These have become more common amid the US President Donald Trump’s trade war with China, as part of his wider overhaul of the country’s economic policy. It also exposes the world to this year’s revival of the currency war between the US and China. The increased stockpiling of dollars means borrowing costs have increased and is why the world has suffered from lacklustre inflation over the past decade, facilitating record-low interest rates.

The brakes are already on global growth and the threats to the world economy remain abundant. The rise of protectionism means international trade and globalisation are being picked apart, fears that a recession is around the corner are growing, and politics is becoming more unpredictable. Central banks have managed to keep the ship steady but have struggled to combat low inflation and, with little room for interest rates to fall further, some question what they have left in the toolbox to help revive the economy. Carney ultimately believes the dollar’s dominance is now a hurdle to a recovery.

‘The combination of heightened economic policy uncertainty, outright protectionism and concerns that further, negative shocks could not be adequately offset because of limited policy space is exacerbating the disinflationary bias in the global economy,’ Carney said in a speech last month.

The dollar has not always been the currency of choice. The UK’s sterling was the world’s reserve currency until the country began to suffer economic weakness while the US experienced rapid growth. The pound began to lose its lead in the 1920s but recovered in 1933 and ran level with the dollar until the end of the decade, according to the European Central Bank (ECB). Still, sterling, while still one of the most widely-traded currencies in the world, represents less than 5 per cent of all currency reserves today.

Those that believe the dollar’s dominance has become a global problem do not expect swift change. Nobody thinks the power of the dollar or its role in the world economy is under immediate threat or that radical change is a way of addressing the pressing economic issues at hand. But Carney and others are urging economists and central banks to begin thinking longer-term. ‘While the real economy, the real global economy is being reordered, the international monetary and financial system has barely begun its transition,’ the governor said in a speech in Tokyo earlier this year.

Learn about forex trading and how it works

What could replace the dollar as the world’s dominate currency?

China’s emergence as the world’s largest trading nation at the start of this decade has raised the profile of the renminbi. For example, in just two years the renminbi has gone from barely featuring in oil future benchmarks to being more widely used than sterling.

Still, while the renminbi looks like a natural successor to the dollar as a possible new reserve currency that could wean the world’s reliance on the US, Carney believes ‘much more is required’ before it is ready to take up the mantle. It is not the preferred choice for many. For Carney, the answer does not involve swapping ‘one currency hegemon for another’, but something much more radical – cryptocurrencies.

Cryptocurrencies are controversial to say the least, and the attitude of central bankers and economists is sceptical. But Carney is one of a handful that sees their potential. A digital currency could ‘dampen the domineering influence of the US dollar on global trade’ while building future financial architecture around cryptocurrencies (like blockchain) could displace the dollar’s dominance within credit markets. If the world uses a digital currency for international trade and to access debt, then spill overs from fluctuations in the US economy will be less severe. Plus, it would help minimise the dollar-induced volatility of capital flows in and out of emerging economies that often cause crises.

When Facebook unveiled its plans to launch a new cryptocurrency backed by a consortium of big-name businesses earlier this year, most central bankers threw cold water over the idea immediately. The French finance minister and the head of the US Financial Services Committee have both said they will not even consider it.

Carney welcomed the initiative earlier this year and has spoken to Facebook’s founder Mark Zuckerberg about how cryptocurrencies look set to revolutionise how finance works around the world, but he, like most of his counterparts, ultimately think it isn’t the answer. ‘There are a host of fundamental issues that Libra must address,’ Carney said. ‘BoE and other regulators have been clear that unlike in social media, for which standards and regulations are only now being developed after the technologies have been adopted by billions of users, the terms of engagement for any new systemic private payments system must be in force well in advance of any launch.’

Bitcoin or another existing cryptocurrency?

The fact there is discussion that cryptocurrencies could replace the US dollar as a new world currency should be encouraging for existing cryptos like bitcoin or litecoin. However, there is virtually no chance that central banks and governments around the world will formally adopt any existing cryptocurrencies on the market – primarily because they can’t control them. Central banks need to be able to oversee the currencies they deal in, and the decentralised nature of bitcoin and other cryptos makes this impossible to achieve. This is one of the reasons why other centralised cryptocurrencies, such as ripple, have been created.

Many will argue that bitcoin and others will naturally benefit from central banks and governments adopting cryptocurrencies, but it could, in fact, be bad news. If a cryptocurrency or digital currency is to prove the answer to the bank’s economic woes, it will be one that they design. If a new cryptocurrency was to be jointly launched by numerous countries around the world, it could end up drawing interest away from the cryptocurrencies currently on the market.

With this in mind, Carney has suggested a ‘synthetic hegemonic currency (SHC)’ – one not tied to a single nation but supported by a varied basket of assets or fiat currencies, and one less reliant on the value of the dollar. He says this ‘would be best provided by the public sector, perhaps through a network of central bank digital currencies.’

A ‘multipolar’ and more balanced system would help reduce the spread of crises, and if central banks actively encouraged a new SHC then it could also succeed the dollar’s dominance in credit markets and make it a more reputable and reliant. If the SHC’s value was derived from a balanced basket of assets and reserves then more countries would be willing to borrow using SHCs rather than dollars, helping them diversify their debt and wean themselves off the greenback. Ultimately, a new global digital currency could allow the world to break free from the tight spot they find themselves in, penned in between ultra-low interest rates and lacklustre inflation.

What does this all mean for forex and cryptocurrency traders?

The world economy is very different compared to 60 years ago, but the dollar is as dominate as ever. The greenback’s dominance is too great, and the risk of a global crises being borne out of a downturn in the US is too high. At a time when Trump is in charge and heavily critical of the Fed, those risks are starting to turn into reality.

Central banks and governments have already started to adopt the likes of blockchain (which cryptocurrencies run-off), but there is yet to be a cryptocurrency capable of winning widespread support. It seems bitcoin and other cryptos have provided the inspiration and the framework for a new global digital currency. Although they might benefit from the growing acceptance of cryptocurrencies if governments and central banks start to adopt them, they may also be threatened by any new SHC that is created.