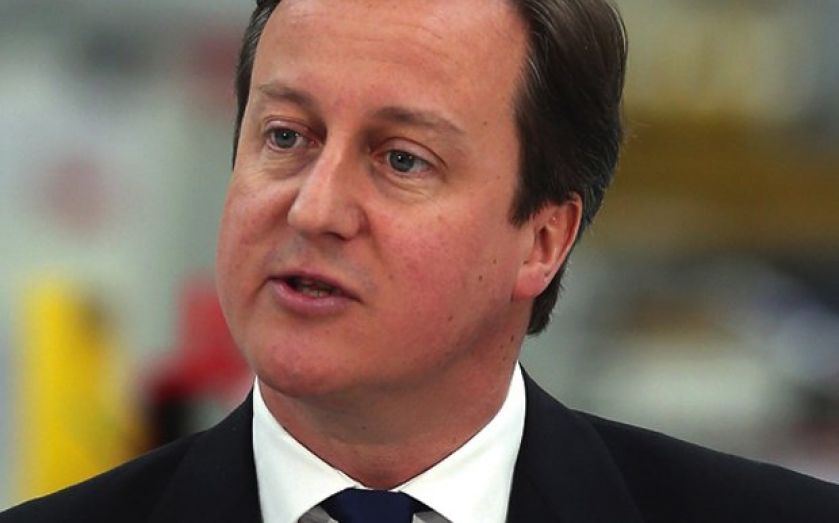 David Cameron was dealt a crushing blow in his battle to win reform in Europe last night, after the UK was told to stump up an extra €2bn (£1.57bn) by 1 December to shore up the EU budget. The Prime Minister will be forced to pay the hefty sum because of the relative prosperity of the UK economy when compared to its poorer cousins in the Eurozone. The EU Commission said the additional payment was a standard part of calculating the amount each nation paid, according to its own economic circumstance. However, Cons­er­v­a­tive MPs have called it a tax on prosperity. Tory MP Bob Neill, who is taking the EU Referendum Bill through the House of Commons for Cameron, reacted with anger last night, telling City A.M.: “It is outrageous to be penalising the prosperity of the UK. This is exactly the thing people in the UK find extraordinary and is the reverse of what a sensible EU should be about.” He urged Cameron and UK ministers to reject the demand for extra cash in the strongest terms, saying: “We shouldn’t be paying more to Europe, we should be cutting our contribution.” Leader of the Conservatives in the European parliament Syed Kamall also called on Cameron to block the payment, adding: “This is outrageous and harms the EU’s relationship with Britain. At times like this, the European Commission can be its own worst enemy.” The Prime Minister is attending the European Council meeting in Brus­sels this week, where he has been urging other EU states to pledge more money to fight Ebola in west Africa. The demand for an additional €2bn from the UK to top up EU coffers will come as a heavy blow to Cameron’s campaign to demand a better deal from Europe, as he is unlikely to be able to block the payment, which must be made by 1 December. This date coincides with the deadline by which agreement must be reached on whether the UK will opt back in to the controversial EU Arrest Warrant. The Prime Minister’s spokesman confirmed earlier this week that the government would support all the measures, but a significant number of Conservative MPs are unhappy with the deal and may rebel on the vote. To add insult to injury, France, Poland and Germany are all set to get a rebate from Brussels for their overall financial contribution. Cameron is understood to have hastily arranged a meeting with the Prime Minister of the Netherlands Mark Rutte last night, as the Dutch were also being asked to stump up more funding. The request will add fuel to Ukip’s case that the UK should leave Europe and will make Cameron’s promise that EU renegotiation is possible even more difficult to sell. Last night Ukip’s economic spokes­man Patrick O’Flynn told City A.M.: “Despite David Cameron’s frequent boast that he has been the driving force behind a reduction in the EU budget, the fact is that the UK contribution is rising very fast. It would be outrageous for a further surcharge to be imposed on Britain, leading to British taxpayers having to fork out for the monumental failure of the eurozone that has suppressed growth in the other main EU economies for a decade and a half.”