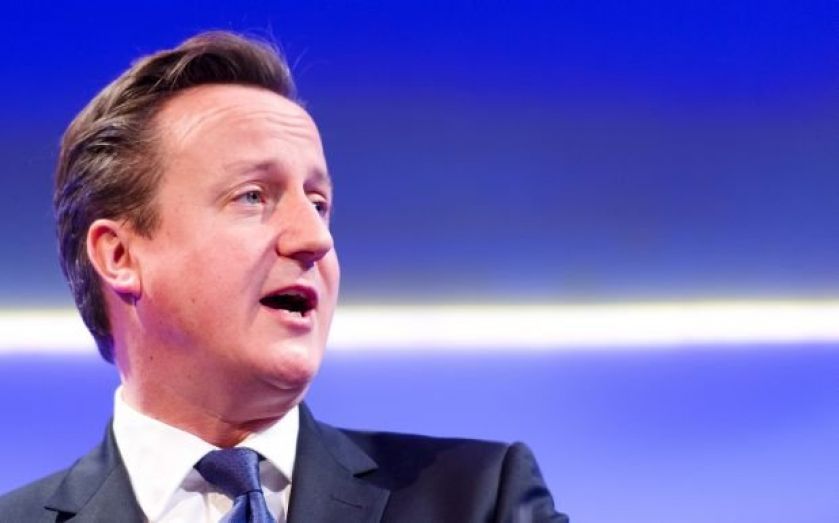 Today, Prime Minister David Cameron is will implore Scottish voters not to abandon one of the "oldest and most successful single markets in the world" during a speech to the CBI Scotland conference in Glasgow.
He will warn that separation could lead to a 90 per cent loss of business for Scotland's financial services and that a million Scottish jobs are currently supported by the UK, highlighting the benefits of remaining in a union as the referendum campaign enters its final stages.
"This is one of the oldest and most successful single markets in the world,” he will say, pointing out that Scotland does twice as much trade with the UK than with the rest of the world put together.
"This success doesn't happen by accident,” he will add. “It happens because of the skill of people in Scotland and the opportunities that come from being part of something bigger.
"A large domestic market, underpinned by a common currency, common taxes, common rules and regulations, with no borders, no transaction costs, no restrictions on the flow of goods, investment or people. Ours really is an economy of opportunity."
Scotland's First Minister Alex Salmond, meanwhile, has challenged Cameron to name one job-creating power that would result from a continued union. "The PM must use his visit to Scotland to say what powers Westminster is guaranteeing, to allow the job-creating businesses of Scotland to boost employment and the economy,” he said.
To emphasise the benefits of a “no” vote, Salmond has listed a number job-creating opportunities that independence would offer. Among others, these include control over the business tax system, control over finances and control over trade policy.
On 18 September, Scots will go to polling stations across the country to cast their votes on whether they wish to remain part of the UK.