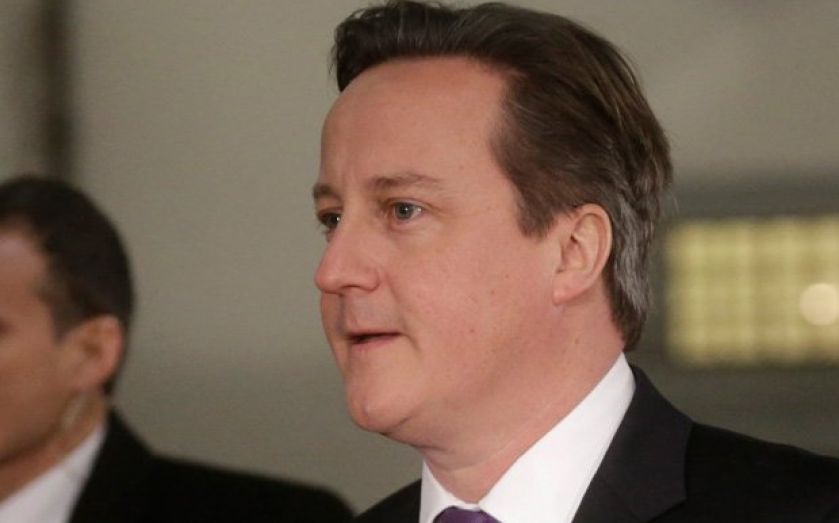 VOTERS do not believe that renegotiation of the UK’s relationship with Europe is possible, leading many to doubt David Cameron’s pledge of an in/out referendum in 2017, according to new research. The damning verdict on Cameron’s ability to fight for UK interests in the EU was dealt a further blow when key business group the Confederation of British Industry (CBI) warned that Cameron’s tough stance on the next EU commissioner, likely to be Jean-Claude Juncker, has backfired and put British business interests at risk. A study of voters in marginal constituencies, key to determining which party will win the next general election, found that many do not believe the Prime Minister will “risk” giving the nation the chance to leave the EU. Most do not believe that Cameron is capable of renegotiating the UK’s ties with the Eurozone, according to focus group studies undertaken by Business for Britain, a pressure group that opposes the UK’s current relationship with Brussels, and led by Michael Gove’s former special advisor Dominic Cummings. Labour leader Ed Miliband also fared badly in the research, with most voters unaware of his stance on the EU. Matthew Elliott, chief executive of Business for Britain, said: “With this debate set to dominate the political agenda for the next few years, it’s important that we fully understand the priorities of the voters on this very important issue for the country.” In an interview with the Observer yesterday, director general of the CBI John Cridland said leaving the EU would harm British business interests. “Alternatives to full membership of the EU simply wouldn’t work, leaving us beholden to its rules without being able to influence them. We will continue to press the case for the UK remaining in a reformed European Union,” he said. Labour’s shadow chancellor Ed Balls also warned of the effect of Cameron’s do-or-die approach to EU negotiations on BBC’s Andrew Marr show yesterday. “I think this weekend was a catastrophe for Britain and the British national interest. I’ve never seen a negotiation so cack-handed,” Balls said, adding that the Prime Minister failed “catastrophically” to persuade other EU leaders to support his position on Juncker, which Labour backs. Cameron spoke with Jean-Claude Juncker on the phone last night and congratulated him on his successful nomination campaign, a Downing Street spokesman said.