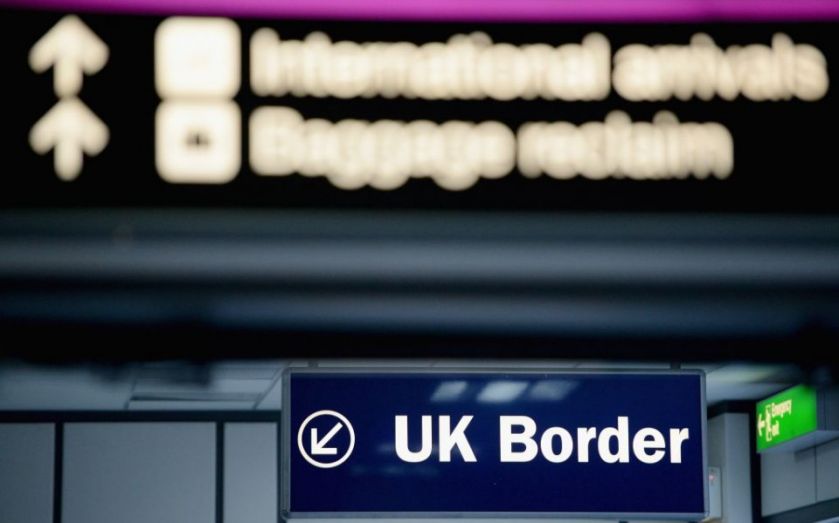 Businesses cannot ignore the UK's concerns about immigration, the Institute of Directors has warned, after David Cameron outlined new measures to curb immigration to the UK.

Although business traditionally argues in favour of encouraging immigration, pointing out that immigrants can fill yawning skills gaps in the UK workforce, Simon Walker, director general of the Institute of Directors, said businesses "cannot be deaf to broader public concern".

There is genuine disquiet about pressure on schools and hospitals in many parts of the country. It is important that all immigrants come to the UK with a purpose and a willingness to contribute productively in the community

In his speech, Cameron outlined proposals including preventing immigrants from claiming in-work benefits and getting access to social housing for the first four years of living in the UK, preventing them from claiming child benefits for children living outside the UK, and deporting them if they have not found work after six months.

Walker said that freedom of movement "does not imply the right to claim welfare benefits.

The PM rightly points out that these are significantly higher in Britain than in France or Germany. The IoD wants to see hard-working and able European workers growing the British economy: that is not the same as extending an already-debilitating benefits culture to those entering the country.
Tough though it will seem, public concerns about immigration have been effectively answered by this package. It is high time to get on with the far more important European related priorities: completing the single market in services and the digital economy, sealing the TTIP trade relationship between Europe and the United States and tackling burdensome EU social and employment policy.

Meanwhile, Katja Hall, deputy-director of the CBI, added that "freedom of movement is essential to businesses getting access to the best talent and equally offers British citizens the chance to take up a job anywhere across the UK".

Immigration has helped keep the wheels of this recovery turning by plugging skills shortages and allowing UK firms to grow.

Cameron's speech came a day after embarrassing figures published by the Office for National Statistics showed net migration had jumped to 260,000 in the year to June, an increase of 78,000, or 43,000, on the year before.
That's despite the coalition government pledging to reduce net migration to 100,000 by the time of the 2015 general election – a target which now looks all but impossible to meet.
What was even more awkward for Cameron is that the figure has actually increased since the coalition came to power. So presumably Cameron is hoping voters will take him at his word.