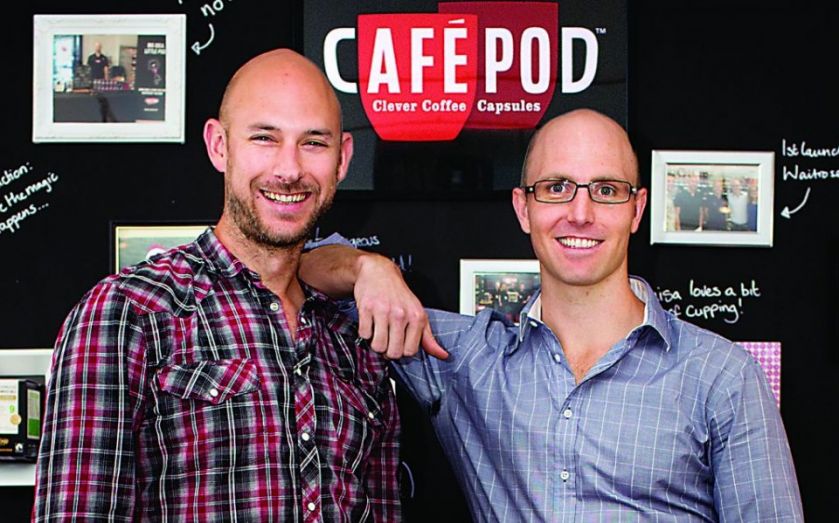 London based start-up CafePod is seeking to raise £1.5m to take its coffee brand global, the company has announced.

The UK company, which manufactures coffee capsules, was set up by two former City workers, Peter Grainger and Brent Hadfield in 2012 and has since seen its value rocket by 700 per cent.

CafePod managed to quickly establish itself in the coffee market by introducing Nespresso compatible capsules into UK supermarkets after Nespresso’s patent expired in 2011.

The firm has already secured £2m in investment and is backed by a number of industry heavyweights such as Steve Kurland, the European chief executive of Dermalogica.

CafePod is hoping the £1.5m raised will help it tap into a global coffee pod market worth $15bn (£9.88bn), with UK sales of capsules alone expected to grow from £100m today to £885m in the next 10 years. The firm expects capsules to be the biggest coffee segment by market value in the UK by 2017.