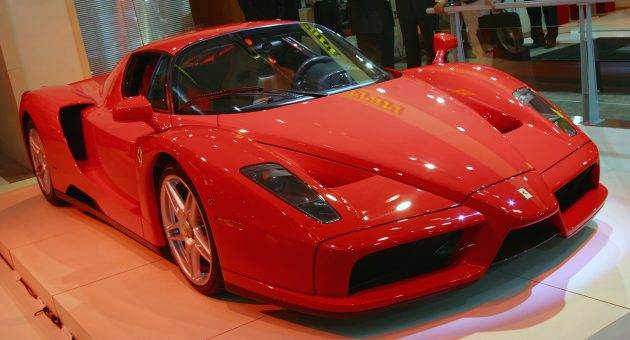 With promises to intervene in "dysfunctional" markets and reform boardroom pay, Theresa May's closing speech at the Conservative Party conference was, she said, squarely aimed at "shifting the balance in favour of ordinary working people".

But how have businesses reacted to her list of pledges, which included a promise to reset the Conservative Party's relationship with capitalism?

1. BCC: "We need government to act in partnership with business communities"

“The Prime Minister’s seriousness and sense of mission is important at a time of transition for our economy and our country. Businesses will identify with her commitment to taking action and delivering outcomes – something that business leaders have to do, day after day and year after year.

“Firms across the UK recognise that government itself can play a strong and positive role in creating the conditions for growth. Yet we need government to act in partnership with business communities, not dictate to them – so that businesses in turn can deliver both opportunity and prosperity. Government must recognise the huge commitment that nearly all businesses make to their communities, to their workforce, and to our national success."

2. CBI: "Government must build on the great things so many firms are already doing"

“The CBI supports the Prime Minister’s vision of a fairer society, with more inclusive growth underpinned by good business and great jobs.

“Government action can help make this vision a reality and must be developed hand-in-hand with industry – a new partnership as the bedrock of a new economy."

“The CBI welcomes the Government’s consultation on business practices and will take this opportunity to understand and respond to the true concerns of society.

“Government must build on the great things so many firms are already doing and not impose approaches that look good on paper, but don’t make a difference in practice. Placing workers or consumers on boards can be a solution for some firms, but may not be the only or even best way of changing company culture.”

3. EEF: "The Government must avoid ill thought through pronouncements"

“I applaud the strong commitment to getting a balance between a flexible economy and employees' rights which is a goal we support.We must remember, however, that the vast majority of businesses are well-run and committed organisations who train their people, provide pensions and operate in a fair and ethical manner. There will always be bad apples that require attention and there are plenty of ways to do that and, bring pressure to bear for change, without requiring legislation which penalises the majority to target the few.

“But the Prime Minister must be careful in her approach to leaving the EU. We want an exit deal that builds on close co-operation and shared interests. The Government must avoid ill thought through pronouncements on immigration which will damage the economy and our businesses. We need a level-headed approach to leaving the EU, not a hard-edged race to the exit door.”

4. Adam Smith Institute: "Mrs May’s speech was the opposite of pragmatic."

"If only Theresa May was serious about ditching ideology in favour of pragmatism and evidence – she’d have to abandon most of her main policy planks.

"Take energy price caps. We have evidence that these will lead to lower investment, lower production and more brownouts or even blackouts. Eventually these policies may lead to electricity rationing and nationalisation. High energy prices are mostly caused by high wholesale prices, and energy firms are not generally more profitable than other large firms."

"Mrs May’s speech was the opposite of pragmatic. We call on the Prime Minister to abandon her ideological attachment to interventionist economic policies, look at the evidence, and accept that it tells us that markets, not the state, are the solution to our problems."

5. Institute of Economics Affairs: "This was an alarming attack on free markets"

This was an alarming attack on free markets and the Prime Minster's pledge for more state intervention in business completely disregards the evidence that competition, deregulation and a light-touch approach breeds the best results.

"It has been precisely aims to reduce the deficit and allow business to be free and competitive that has moved the UK towards prosperity and growth. If the Prime Minister wants to pave the way for a more vibrant and dynamic economy that benefits workers and consumers alike, she would do well to embrace enterprise and competition, leaving more state intervention at home."

6. TaxPayers' Alliance: "Taxpayers are still hit with a crippling bill"

"The Prime Minister claims to believe in a low tax society, but action is needed to relieve taxpayers of the crippling tax bill plaguing every family and threatening economic growth.

"Mrs May spoke of balancing the books but by relaxing fiscal targets and continuing to overspend, hard-pressed families will each fork out £41,000 this year.

"The vote to leave the EU is an opportunity to reform our tax system so for all the talk of going after tax dodgers, it would be wiser to signal an intent to drastically simplify taxes to make them simpler, more transparent and more affordable."

7. IPSE: "A clear message of infrastructure for a modern economy"

Simon McVicker, director of policy at the Association of Independent Professionals and the Self Employed:

“The Prime Minister set out an agenda for Britain to be bold and confident on the global stage. Businesses across the UK will welcome her clear message on creating infrastructure fit for a modern economy. Independent professionals will be crucial to meeting these aspirations.

“Mrs May rightly stressed the fact that too many businesses don’t have good enough broadband. Our economy is now digital and every business, regardless of size or location, must be able to get online reliably to get ahead.

“The Prime Minister’s review into ‘modern employment' represents a golden opportunity to put forward measures to support people working for themselves, such as making maternity pay fairer for the self-employed.”