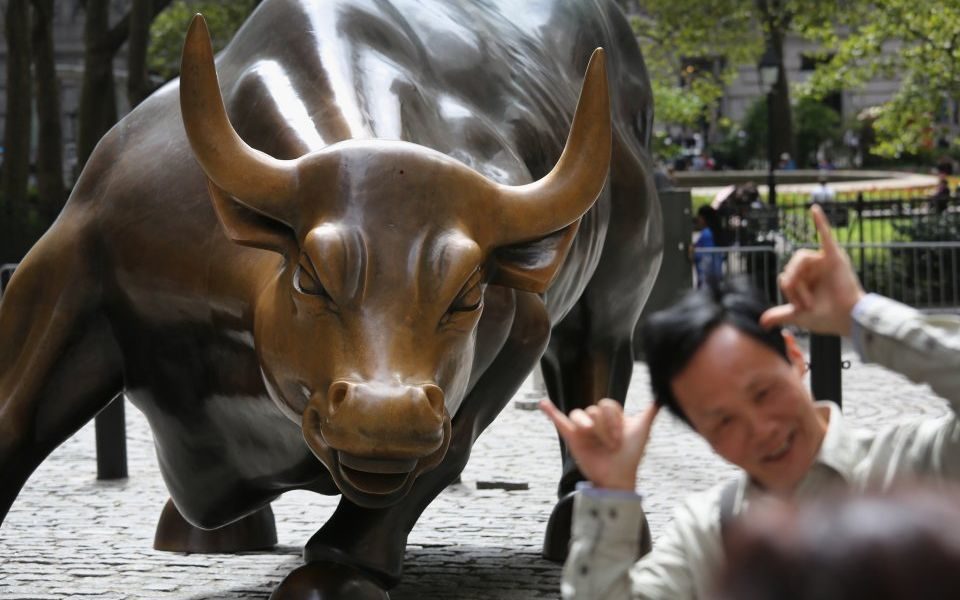 A new version of the Charging Bull, the dramatic sculpture which has become a symbol of Wall Street, goes on sale in London this week.

The highly-polished bronze by Arturo di Modica features in the sale of 20th century and contemporary art by auctioneers Phillips on Thursday, City A.M. can reveal.

At 6ft long the piece is less than half the size of his New York original, now a major tourist attraction, but is still expected to make between £250,000 and £350,000

The first, highly theatrical sculpture, became a symbol of Manhattan’s financial district almost overnight after di Modica dumped it at night – without seeking payment or permission – in a small park in 1988, one year on from Black Monday striking the US markets.

"My point was to show people that if you want to do something in a moment things are very bad, you can do it. You can do it by yourself. My point was that you must be strong" said di Modica, who was once nicknamed 'the young Michelangelo' by the renowned abstract artist Henry Moore.

Today’s announcement marks di Modica’s first artwork that will ever be sold at a public auction, rather than behind closed doors to private buyers.

Jacob Harmer, Di Modica’s representative, told City A.M.: “When Black Monday struck the markets, di Modica wanted to give something back to show we should carry on fighting during the hard times. The public sale marks Di Modica stepping out of the shadows to tell his story.”