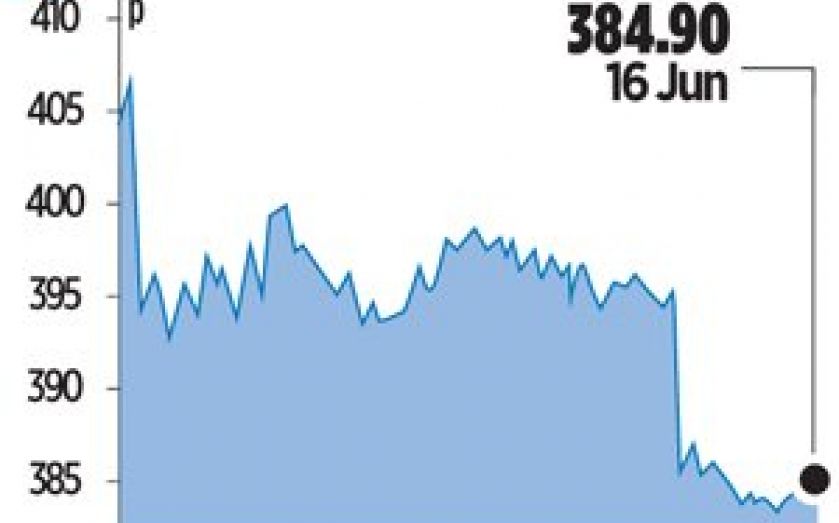 TELECOMS group BT dragged the FTSE 100 index down yesterday on concerns that it will be hit by an increase in its pension deficit and that Ofcom is preparing to crackdown on its wholesale pricing of superfast broadband.

BT’s shares dropped 2.4 per cent, the biggest individual faller on the FTSE 100, with traders citing analysts last week who indicated that a three-yearly review of the telecoms firm’s 319,000 member scheme next month was likely to show a 50 per cent jump in the deficit to about £6bn.

“An underlying deterioration of up to £2bn would be reasonable to assume in our view,” said Citibank analyst Simon Weeden last week.

The last probe of BT’s pension fund revealed a deficit of £4.1bn, which resulted in BT making a £2bn lump sum payment and annual top-ups of £325m. A larger deficit could weigh on BT’s ongoing investment plans in sport television content.

A BT spokesperson said: “The next BT Pension Scheme triennial actuarial funding valuation will be conducted as at 30 June 2014. This is a long and complex process and it will be many months before the outcome is known. Therefore, it would inappropriate to speculate further ahead of this review.”

Ofcom is also expected to announce its proposals for the regulation on wholesale pricing for fibre broadband, which could erode BT’s margins on wholesale fibre that it sells to Sky and TalkTalk.