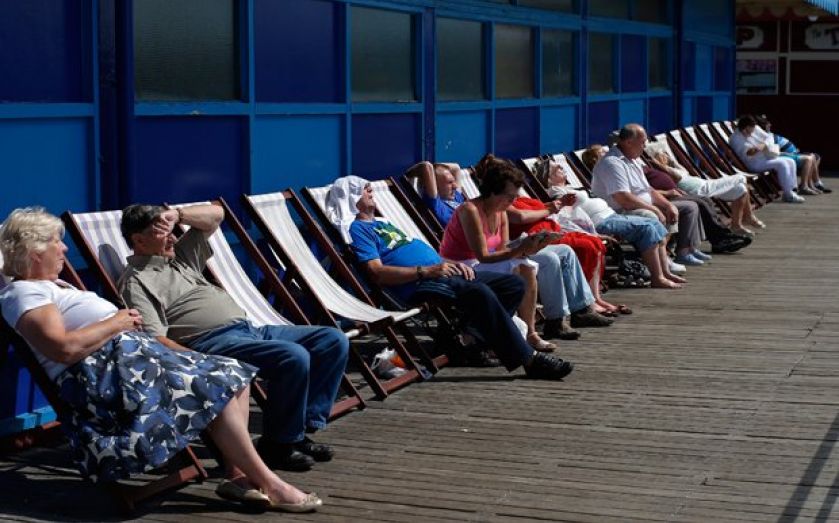 Brits are travelling more but spending less while they are abroad, as tourists coming to the UK are flashing more of their own cash.
The number of overseas visitors coming to the UK in June rose 10 per cent year-on-year to 3.2 million, according to figures published by the Office for National Statistics this morning. They spent four per cent more money than the same month last year, totalling £1.97bn.
During the first half of the year, the number of people making trips here climbed eight per cent to 16.4 million, though spend was flat at £8.9bn.
For the year to date, there was a four per cent increase in the number of Brits going abroad, but while there they spent 14 per cent less than in 2013, with the total slipping to £14.5bn. In June, they made three per cent fewer trips and the spend plummeted 19 per cent to £2.28bn.
It could perhaps be the choice of destination that is pushing prices down – while trips to North America rose six per cent, and European destinations saw a four per cent increase, countries in Asia, Africa and South America saw a 17 per cent jump in Brits visiting them.
Business visits rose by two per cent, while those on holiday grew four per cent. The number of people travelling to see friends and family increased by nine per cent.
In the 12 months to June the amount of people coming to the UK rose five per cent but there was a boost in holiday makers coming to our shores, up 11 per cent. Those visiting friends or family climbed eight per cent.