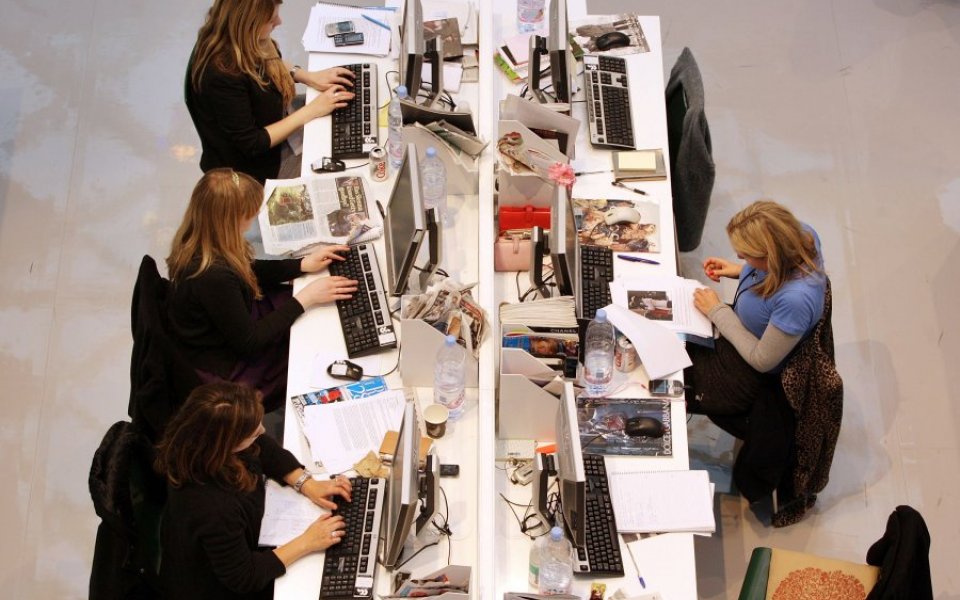 Brits have been working fewer hours in the last year, reversing the hard slog of the economic downturn.

Recently working hours have resumed the downward trend disrupted by the crisis and recovery. 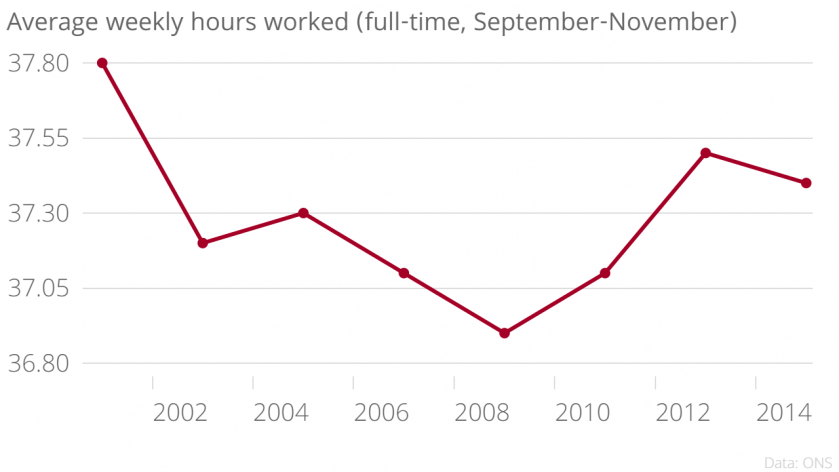 The ONS said the fall in working hours could either be a deliberate choice by workers to give less time to their jobs as they feel more comfortable as the economy picks up.

The statistics body added that the decline of extra-long work weeks could be linked to the growth of service industries and laws like the Working Time Directive. 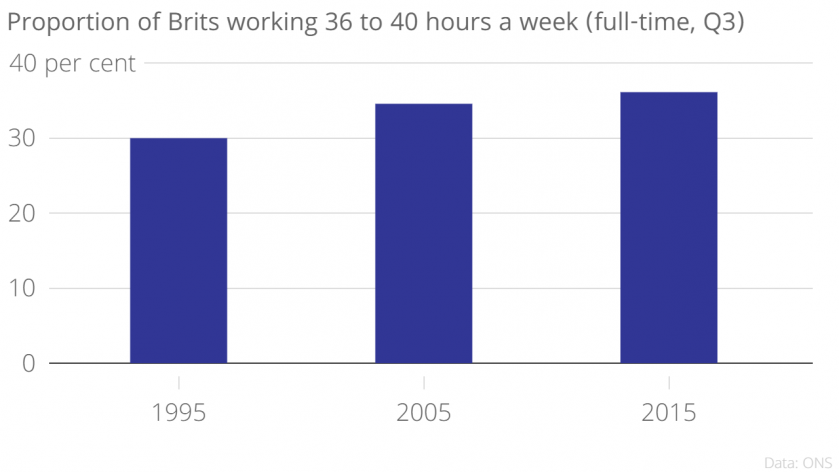 The ONS also said workers could be more confident in taking time off work.

The ratio of actual and usual work hours, which captures illness and holiday, rose strongly between 2010 and 2014. This mean fewer people were taking time off.

The measure has moved back towards its pre-downturn level in the last 18 months.

This could mean we’re making the most of strong real earnings, having the confidence to take more holidays compared with recent few years.

More depressingly, it could mean companies have temporarily cut workers’ hours due to the recent slowdown in the UK’s growth.