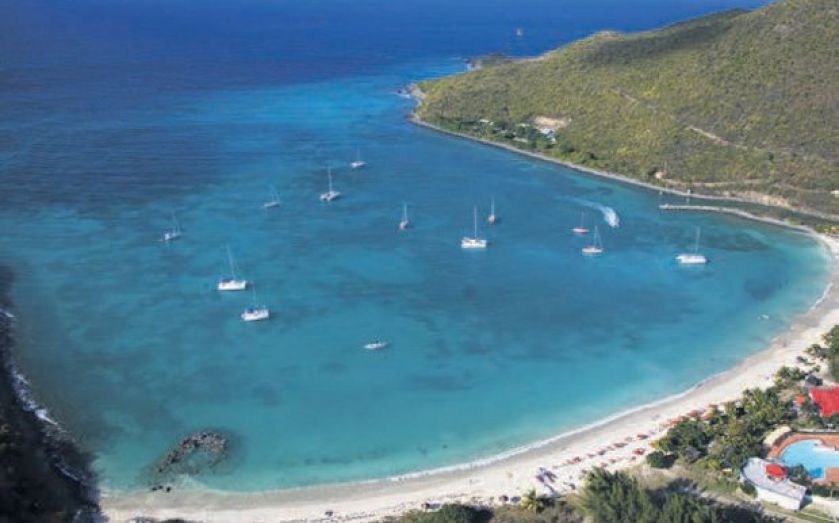 The rise of China is one of the biggest geopolitical issues the West faces and our MPs are rightly becoming increasingly concerned about the regime’s continued human rights and security abuses.

The latest threat, however, is very different and strikes at the heart of our financial system; a threat that is being facilitated by of one of Britain’s own overseas territories.

Before explaining this, let me very briefly recap on our relationship with the Chinese Government. I worked in David Cameron’s No10, which famously threw its arms wide open to cooperation with the Chinese on investment, critical infrastructure construction, trade, energy and more.

This moved us much closer to China in ways that raised concerns among policy experts at the time, but was a strategy to establish trading links with an economy that looked set to grow massively, and on the back of great efforts by Beijing to assuage the West that its human rights abuses were sins of the past.

It sought only peaceful economic cooperation, it claimed, to help move many millions of its people out of poverty and environmental degradation.

It did not take long to prove these platitudes false. China remains defiant in its myriad human rights abuses, as well as attempts to infiltrate other countries’ communications to gain economic, military and political intelligence.

The recent forming by Tory MPs of a new ‘China Research Group’ therefore marks a welcome move to keep watch on the regime.

The new issue to tackle is a strategy to fleece western shareholders and pension funds of their investments, using a tool that undermines the very foundation of our financial system.

The practice is fiendishly simple, but has required long term planning: Chinese-owned companies have been purposely grown and listed on US stock markets to help attract relatively wealthier investors. They are then inexplicably sold off way below market value, only to relist at higher valuations – on China’s stock market.

This appears to be enabled by Chinese companies incorporating in a British Overseas Territory, the Cayman Islands, where legal rules allow controlling shareholders to buy out a company using their own shares towards the two thirds majority of votes required to approve the sale. It allows them to push through deals way below market price.

Medical device company, Mindray Medical, is often pointed to as a high-profile example. It first announced in 2015 that it would delist in a buyout by its own Chairman and CEOs, who valued the company at $3.3 billion, which appeared a massive under-selling. They then popped up three years later on a Chinese stock exchange, and within weeks of IPO were valued at more than $22 billion.

There was no real change in its business before or after the deal, so the question is: why?

It estimates that more than 200 Chinese companies with a combined market capitalisation of $1tn could be lost from Wall Street, only to reappear in Asian stock exchanges after robbing investors.

While this may sound a technical issue affecting the US, the global reach of capital markets means that UK shareholders are significantly exposed to these undervaluations. Hundreds of companies are subject to this, more than five percent of the total value of which is held by UK-based investors. This translates to more than £100 billion of British capital at risk. It means UK educational endowments, pensioners, those living on fixed income, and many other vulnerable Brits are seeing their livelihoods diminished in an effort to enrich Beijing’s corporate bosses.

Among the few protections for minority shareholders, the Cayman Islands does provide an appraisal process to challenge the take-private valuations. Unfortunately, appraisal rulings have proven sceptical to investor claims, too often deferring to Chinese companies.

The fact that this practice is emerging with the legal backing of a British Overseas Territory should send shockwaves into the UK Government.

It must take heed of its MPs and take a firmer stance on such abuses, as well as wider security and human rights violations. We must all, in fact, start taking much more seriously the threats Beijing continues to pose to the very foundations of western legal, financial and moral frameworks.