British Airways strikes: Can I get a refund and is my flight affected? 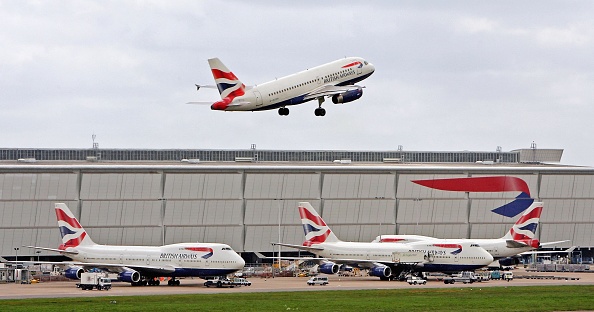 British Airways strikes are set to commence on Monday affecting as many as 1,600 flights next week and 280,000 customers.

When are the British Airways strikes?

Members of the British Airline Pilots’ Association (Balpa) are striking on Monday and Tuesday next week, with a further strike date set for 27 September.

Almost all of the 1,600 flights originally scheduled for 9 and 10 September have been cancelled.

Where are the strikes?

The strikes are taking place at both London Heathrow and London Gatwick.

All of BA’s 40 flights between Heathrow and New York, which is the airline’s most important and profitable route, have been cancelled.

The strikes do not affect BA CityFlyer from London City Airport.

Why are Balpa pilots striking?

Pilots who are members of Balpa are striking over pay and working conditions.

The union is seeking an improved pay deal from BA, above the current offer of an 11.5 per cent rise over three years.

Other unions, Unite and GMB, accepted the pay package, but Balpa are determined to hold out for a better deal.

The average BA pilot earns £90,000 per annum, according to the airline, but after the company made €2.7bn in operating profit last year, pilots are demanding a bigger share of the wealth.

Could the British Airways strikes be called off?

The strikes could be called off, although the majority of flights for Monday and Tuesday have already been cancelled.

Balpa’s general secretary Brian Strutton said that they would call off the strikes if British Airways accepted a new proposal put forward by the union.

“Our members’ resolve is very strong and they remain very angry with BA, but they also want to leave no stone unturned in trying to find a resolution to their dispute.

“Avoiding strike action and agreeing a deal with their pilots surely must be the desired outcome for British Airways.

“We urge BA to join us to discuss the new proposal – which shows pilots are willing to be flexible but still stand united in getting a better deal.”

British Airways has also threatened to remove the travel perks of pilots who strike.

Will my flight be affected?

The majority of the 1,600 flights scheduled for Monday and Tuesday have already been cancelled, including all between Heathrow and New York.

There are also 16 Boston flights affected as well as 12 to and from Los Angeles, and services to many other US destinations.

Daily departures to key destinations of Delhi, Hong Kong and Johannesburg are all also grounded.

BA says it will contact affected flyers. More information can be found here.

How can I claim compensation for the British Airways strikes?

You can contact British Airways’ customers services on 0800 727 80, but be prepared to wait, though, as the airline’s website currently says it’s “experiencing extremely high call volumes”.

You can also contact online complaints tool Resolver, who will help you claim the refund for free.

You are eligible for compensation if your flight was cancelled within 14 days of its departure date.

Christian Nielsen, chief legal officer at AirHelp, comments: “British Airways passengers should strap themselves in for what could be a chaotic September for the airline.

“Those who received a cancellation notification 14-days ahead of departure will not be liable for compensation, however, airlines are legally bound to compensate passengers who experience a delay of more than three-hours or cancel a flight at the eleventh-hour so we urge anyone travelling during the September strike action to keep hold of their travel documents and know their rights before leaving.”

If your flight has been affected but you were notified more than 14 days prior, you will not be eligible to compensation but can still claim a full refund.

Alternatively, you can rebook your flight for another time in the next 355 days, or use the value of your fare to fly to a different destination.

British Airways strikes: No 10 tells BA and pilots to ‘sort out’ dispute