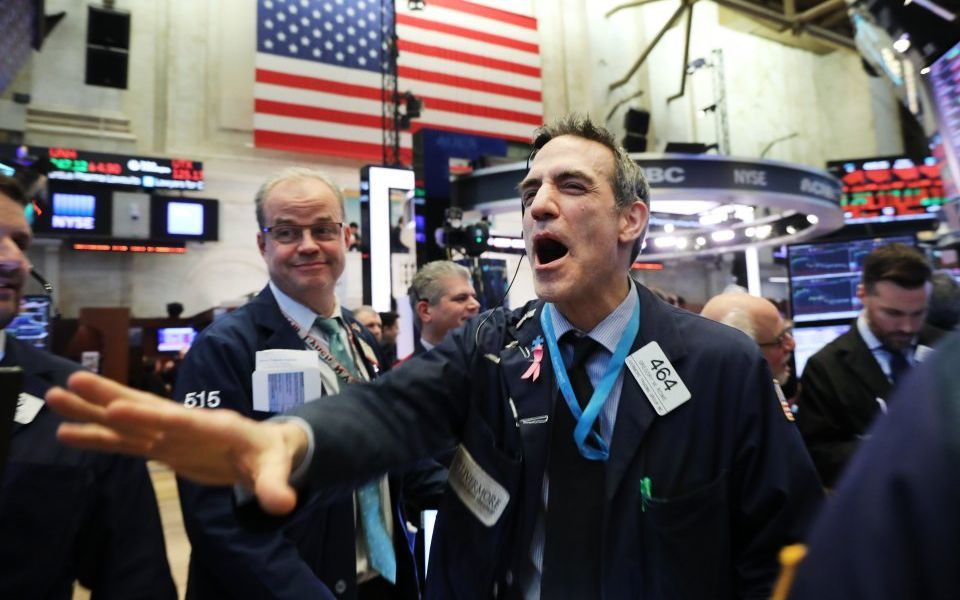 European stocks fell today, with Britain's leading the drop, while US equities were volatile as investors weighed up global economic headwinds and recession fears.

The US’s S&P 500 was down 0.4 per cent soon after opening at 1.30 pm UK time, but rebounded to rise 0.3 per cent for the day, while the Dow Jones industrial average hit a two-week low before bouncing back to rise 0.2 per cent over the day so far.

The fluctuations came as US markets reacted to both the heightened risk of recession indicated by changing bond yields and the end of the Mueller probe which found no collusion with Russia in the 2016 presidential election.

Leading Europe's falling stock indexes was Britain’s FTSE 250, which hit a one-month low after falling 1.2 per cent by mid-afternoon. The FTSE 100 had fallen 0.5 per cent over the same period, shedding 36 points.

Germany’s Dax index had fallen 0.2 per cent by mid-afternoon, despite rising slightly following a positive business confidence survey earlier in the day.

The stock market falls follow weeks of poor economic data from around the world, signs that the Chinese economy is suffering under the US-China trade war, and the US Federal Reserve’s decision to hold interest rates for the near future.

These factors helped send the yield on 10-year US treasuries – government bonds – to a one-year low on Friday as investors looked to pull out of risky stock markets in search of safer assets. This sent 10-year yields below the three-month treasury rate for the first time in over a decade on Friday, inverting the so-called yield curve, which investors have traditionally taken as a sign of impending recession.

Commenting on US government bond prices, Andrea Iannelli, investment director at Fidelity International, said: “This move has not gone unnoticed by investors who see the curve as a forward indicator of a potential recession.”

He said: “If we look at what the market is expecting for the Fed this year, there is a 50 per cent chance of a rate cut this year and just under two hikes between now and the end of 2020. A recession does indeed appear to be a broad-based concern.”

Yet he said Fidelity’s “base case is more optimistic than current market forecasts.” He said: “The economy is still growing close to trend, with a tight job market and financial conditions that have eased considerably this year.”