Britain can produce world-beaters – if business speaks up for capitalism 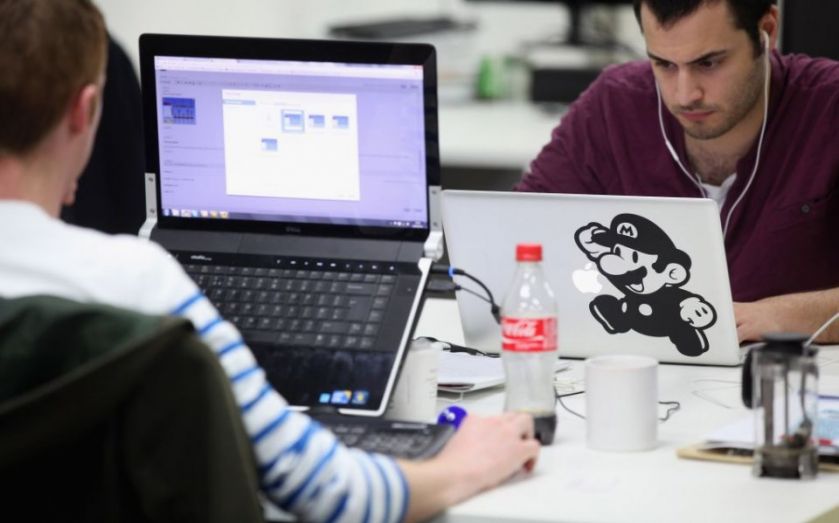 The startup parliament. That may well be the history books’ verdict on the last five years of our economy. It has been a period in which the UK has flexed its commercial muscles to become one of the most successful enterprise destinations in the world.Of Europe’s 25m small firms, more than five million operate in Britain. Of these, 760,000 have been established within the last parliamentary term. And London’s position as a national and international business leader continues unabashed. A handful of the capital’s postcodes have more startup activity within them than all of Scotland combined.What will the next five years be remembered for? If we get it right, it could become the Scale-up Parliament. A period in which high potential start-ups are transformed into global growth firms.There is plenty to play for. It is predicted that two thirds of the members of the S&P 500 in 10 years’ time don’t even exist yet. It makes sense. Go back 10 years, and it is unlikely you would have heard of Facebook or YouTube. Go back five and the same would have been true of Uber and Airbnb. The opportunity is there for Britain to build the next generation of world-beaters.But the scale-up parliament is by no means a given. It requires business to achieve extraordinary feats of progress and purpose. It means more people taking great personal risks to set up firms and to grow them, and it requires a pro-business government.It was quite something to watch the recent Opposition Leaders’ debate. After 90 minutes, there had not been a single mention of entrepreneurs or wealth creation.Many have been quick to criticise the politicians, but business also has its part to play. Over recent years, business has been too softly spoken in making the case for its role as the bedrock of democratic society. For if you can’t earn it, you can’t spend it.As a hangover of the 2008 financial crisis, many business leaders have kept their heads down and stayed quiet. Yet the time for sackcloth and ashes is over; the nation now needs a strong and vocal business community.Only very recently has that voice started to become firmer, more audible and assertive. Take John Lewis’s intervention in the last days of the Scottish Referendum campaign, when it made clear the costs to consumers of Scotland going it alone.And it has never been more vital that we make the case for capitalism. The very fact that the ideal of business as a force for good can be met with derision in many corners shows how far we still need to travel. Poll after poll has revealed how low public trust in business has sunk.This has left business exposed to being characterised as one of society’s bad guys: fat cats seeking bonuses rather than wealth creators building the foundations for jobs and the nation’s prosperity.Correcting this will require a greater sense of activism by business, and a willingness to make the case for its positive role in society. In the election, business has most certainly been out there. But the fact that it can be an ignorable force for much of the time shows how far it has to go to ensure it is not taken for granted.Look to the States right now if you want to see the potential shape of things to come. Take Salesforce chief executive Marc Benioff, who has spoken out against legalised discrimination in Indiana. His call for action was picked up in equal measure by Gap and Levi Strauss & Co, among others.One of the legacies of Britain’s startup boom is the creation of unparalleled numbers of firms that are pursuing purpose as well as profit. They are commercial activists with a mission, who want to make a difference.This represents a new and fast moving era for business and it is one that, to be fair, this government has sought to nurture and develop. The Prime Minister has worked to champion the empowering role of the entrepreneur in society, not to merely tolerate it. I had first hand experience of this as a co-founder of the national StartUp Britain campaign.And as a new generation, the Millennials, edges closer to taking the helm, it is a style of business that will take an even greater hold.These companies have an optimistic message and it is one that our politicians need to hear. Whatever happens on 7 May, the voice of business is set to get a whole lot louder.Michael Hayman MBE is one of the organisers of SUMMIT: The Future of Growth, which takes place at Bloomberg today.