From Brexit to tariffs, brace yourself for an uncertain 2019 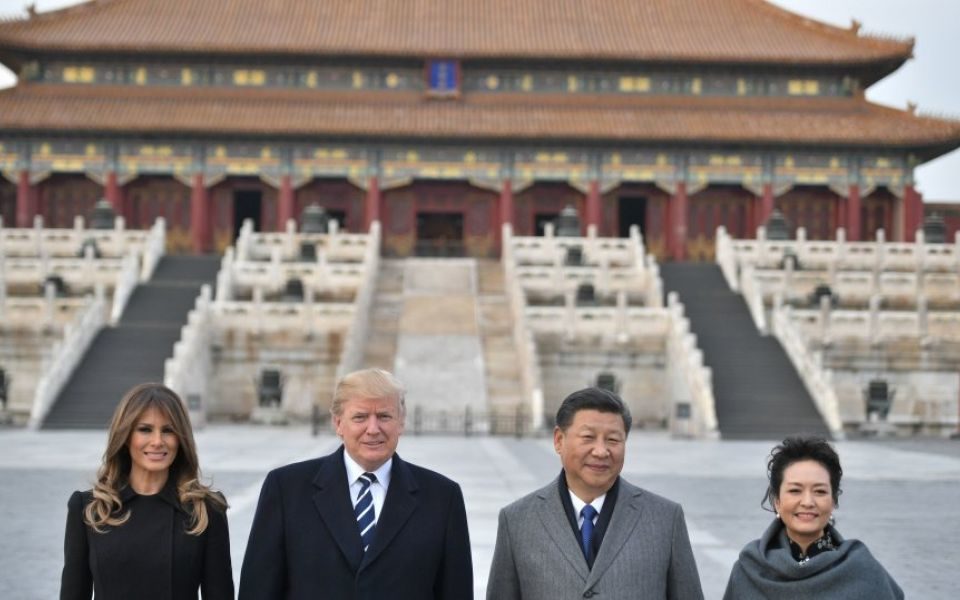 Get ready for a 2019 full of uncertainty.

On the political scene, headline events range from Brexit to the US-China trade tensions to EU reforms – all coming at a vulnerable stage in the business cycle, with half of US chief financial officers expecting a recession in 2019, and over 80 per cent by 2020.

Starting at home, there is considerable uncertainty about whether parliament will pass the Prime Minister’s Brexit withdrawal agreement, now scheduled for a vote this month.

Having withdrawn the vote once already due to an anticipated defeat in the Commons, there is a chance that Theresa May won’t be able to extract sufficient reassurances from the European Union to garner enough votes to pass her deal.

At that point, the options look very limited. There won’t be much time to renegotiate (even if the EU agrees to it) before Brexit day on 29 March. The EU has indicated that it would be open to extending the departure date by three months, but even with an extension, there wouldn’t be much time.

And thus other options are being discussed, including a version of the Norway model, a second referendum, and a managed “no deal”.

These options come with their own uncertainty.

Parliament is against a no-deal outcome, and if a second referendum is held, there is no guarantee that it would resolve the Brexit question. The cabinet has been stepping up no-deal preparations to ensure that the UK can trade on WTO terms at the end of the first quarter of 2019, but many of the issues remain unresolved.

Should May’s withdrawal agreement pass, the 18-month countdown would begin to December 2020, which marks the end of the transition period.

That would mean less uncertainty later on this year, but there would still be questions over the nature of the future EU trade deal and agreeing on a yet-to-be found solution to prevent a hard Irish border.

As if that wasn’t enough uncertainty, the first quarter of the year will see either efforts towards a US-China trade deal, or 25 per cent tariffs on all Chinese imports into the US, matched by likely retaliation from China.

The issue isn’t just tariffs being imposed by the world’s biggest economies that will raise global prices and affect the rest of us. Supply chains could be distorted as businesses seek to avoid political fall-out and make less efficient decisions.

Worryingly, business deals are among the less-discussed casualties of the US-China trade war.

Global M&A deals require anti-trust approval by China, the US and the EU. Last July, China scuppered a $44bn deal between US tech company Qualcomm and Dutch chipmaker NXP – a decision which, it is suspected, may have been linked to the ongoing tensions between the Chinese government and President Donald Trump.

President Xi Jinping offered to look again at the deal as part of his rapprochement with Trump, but Qualcomm said the deal was dead and had already paid a $2bn break-up fee. This incident may well give pause to other business deals.

So, the stakes are high. Can these two global powers negotiate a trade agreement in just three months?

In one sense, a deal can be done fairly quickly if China opens up its market, particularly for services.

That should increase American exports, since the US is the world’s largest exporter of services, and help the Chinese economy as well, as China had been contemplating introducing more foreign players into its services sector to increase competition.

However, intellectual property is likely to be a sticking point, since that requires a better legal system which can’t be improved quickly.

As with all such negotiations, it’s possible for the US and China to strike a deal to reduce America’s trade deficit with assurances that they will work on IP and other issues, but that remains pretty uncertain.

And there is uncertainty in the EU too. While Italy seems to have softened its stance around its budget deficit, France looks to be running afoul of EU budget rules after granting concessions to defuse the “yellow vest” protests at the end of last year.

In addition, President Emmanuel Macron’s proposed EU reforms to create a central fiscal authority have stalled. The May elections for the European parliament may send a signal about the future direction of the EU, our biggest trading partner, but until then it’s hard to make any firm predictions.

All of this uncertainty comes against a backdrop of a business cycle that looks to have passed its peak. That’s definitely the consensus for the US, where economic growth likely peaked in the middle of 2018, and the UK tends to fall within the same business cycle.

So, if all the geopolitical events mentioned above affect the economy, it may worsen the cyclical slow-down. Therefore, brace for uncertainty in 2019. It’s likely to be a volatile start to the year.