Brexit talks: Still no progress in discussions between the Conservatives and Labour 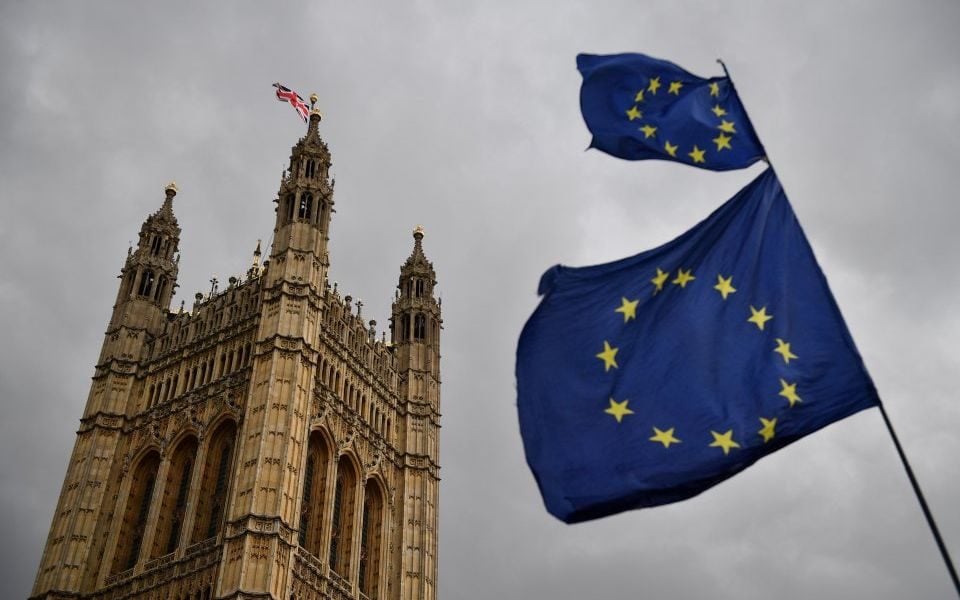 Brexit talks between the Conservative and Labour frontbenches ended in stalemate yet again on Monday despite frantic speculation a crunch vote was set for later this week.

Tory MPs were told a three-line whip was in operation for Thursday – meaning an important vote was scheduled – before it was downgraded to a one-line whip.

The suggestion a crucial division was being planned prompted rumours in Westminster the Conservatives and Labour had reached an agreement over a cross-party Brexit deal which would see a temporary customs union.

However, a source close to one of those leading the negotiations for the Government told City A.M. that while the Tories were preparing a new offer on a post-Brexit customs union, this had not been agreed with Labour.

After the talks were concluded at about 7pm, a Labour spokesperson said: “Talks continued tonight and the shadow cabinet and the trades union will be updated on what has been discussed.”

A source added that no substantive progress had been made.

A Downing Street spokesperson said: “In preparation for an update to cabinet tomorrow, today’s meeting took stock across the range of issues discussed in talks over the last few weeks. We continue to seek to agree a way forward in order to secure our orderly withdrawal from the EU.”

The continuing deadlock will pile further pressure on Theresa May to pull the plug on the talks and put the matter to MPs through a series of indicative votes.

It was reported at the weekend that leading government figures, including chancellor Philip Hammond, will use Tuesday's cabinet meeting to urge May to end the cross-party attempt to solve the Brexit impasse, with all avenues of discussion now exhausted.

May is also facing increasing calls to set out a clearer timetable for her departure from Downing Street, with former culture minister Ed Vaizey calling for her to step down soon after May 23.

He told Channel 4 News: “After the European elections, that would be the right time for her to stand down.

“The only thing that I could see that would keep her in office is if by some miracle she produces a deal with labour and argues that she needs time to see if she can get it through parliament.”

Vaizey went on to back Michael Gove for the leadership, and the environment secretary told ITV it was “not a no” when asked if he would stand once May had departed.

The Prime Minster is set for a showdown meeting with the executive branch of the Conservatives’ backbench 1922 committee on Thursday to set out a detailed timetable for her departure, including her plans if she cannot get her three-times defeated deal through parliament before the end of October – when the current negotiating extension agreed by the EU expires.

Paul Scully, the Conservatives’ vice chairman for London who represents Sutton and Cheam, told City A.M. he worried what the impact of a leadership contest could have on his party’s standing with the voters.

“My biggest worry is that a leadership election will see a six-week window where we will be talking to ourselves and not the country,” he said.