Brexit party will win most EU election votes as Tories languish under May, finds poll 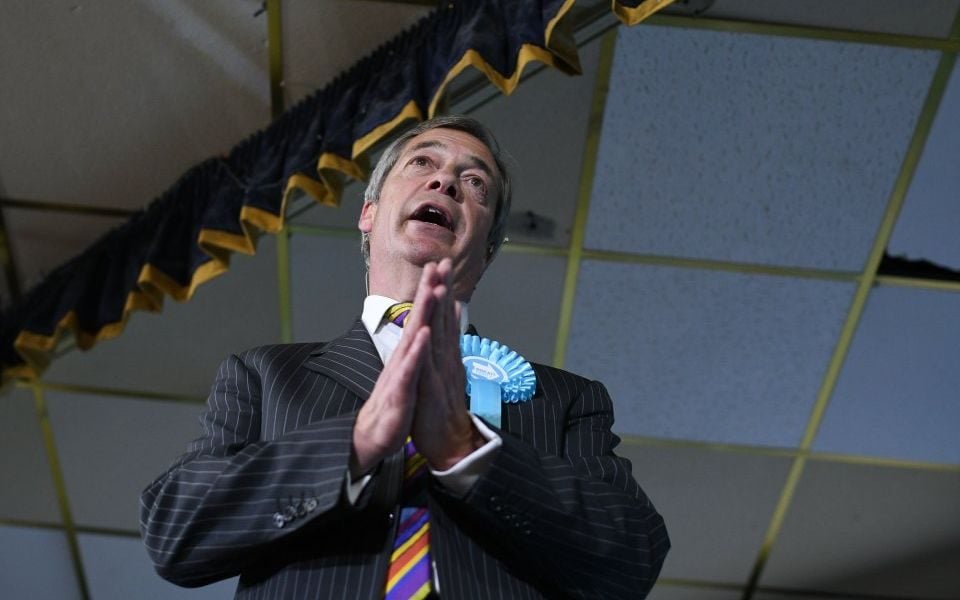 The Brexit party is on course to win the lion’s share of votes in the upcoming EU elections as the Tories continue to shed support among the public.

Nigel Farage’s politicians topped the public vote with a 27 per cent share according to a Comres Centrum poll published this month.

Labour came a close second with 25 per cent of the vote while Theresa May’s Tories languished in fourth with 13 per cent.

Meanwhile Change UK, the party comprising former Labour and Tory party rebels, suffered a two percentage point decline to look set to win just six per cent of the vote on 23 May.

It comes as the Standard reports the Prime Minister has been given 24 hours to set a date for her resignation as Brexit talks with Labour look set to fail.

Members of the 1922 committee of Tory backbenchers called for a “clear timetable” to replace May.

If May fails to offer MPs a resignation date she will risk rebellion from Tories determined to oust her, the Standard said.

The PM has signalled she will attempt to get her deal through parliament for a fourth time in early June after MPs dealt her three heavy defeats between December and March.

She will put her deal to parliament again on 3 June, but Labour leader Jeremy Corbyn made clear last night he would not back the withdrawal agreement.

Prominent backbenchers in Boris Johnson and Dominic Raab – both Tory leader hopefuls – have written an open letter to the Prime Minister to warn that any deal that commits the UK to staying in the EU’s customs union will tear the Conservative party apart.

The latest poll follows a Yougov survey that found most Brits believe Farage’s Brexit party will disappear within the next 10 years while 56 per cent said the same of the Change UK party.