Brexit ‘gloom-mongers’ have been proved wrong as UK is prospering, says Lord Frost 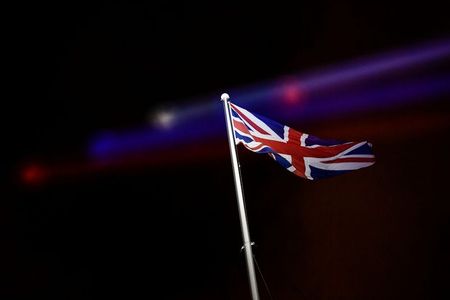 The UK is “prospering vastly” following the split from Brussels, the Brexit minister said as he stressed the Government’s aim to create “a high wage, high productivity economy”, rather than one “reliant on cheap labour”.

The Tory frontbencher made his comments as he outlined a plan to overhaul retained EU law, left over after the ending of the transition period in December 2020, to ensure rules were tailored to the UK “rather than the average”.

Pressed at Westminster after delivering a statement entitled Brexit opportunities, Lord Frost also insisted this would not lead to the erosion of standards.

Leave-supporting Labour peer Lord Grocott said the minister should have should have “listed the things that haven’t happened” as a result of leaving the European Union”, including opponents’ predictions of a sharp hike in unemployment, motorway gridlock and essential medicines unable to reach the UK.

He said: “The exhilarating thing… is that if the Government makes a mess of this, then in two or three or maybe shorter years time the British people will throw the Government out, (they) will have the capacity to do that.

“When the EU has made laws by the Commission over so many years, many of them very bad, no one’s able to do that.”

Responding, Lord Frost, the Cabinet minister who negotiated Britain’s trade deal with the EU, said: “A lot of things haven’t happened that the gloom-mongers said would happen and I don’t think are going to happen.”

The minister added: “He is right that this is about bringing back democracy.

“We believe we are doing the right thing for the country and the country’s going to prosper under the agenda we are setting out.”

But Labour frontbencher Baroness Chapman of Darlington accused the Government of “letting Britain down”, and said: “Instead of sabre-rattling, instead of blaming others, the Government needs to stand up and find real solutions and deliver the opportunities that we were promised.”

However, rejecting criticism, Lord Frost highlighted a series of actions already taken by the Government, including introducing a new immigration system, agricultural reform and the creation of freeport economic zones offering tax breaks and lower tariffs.

“None of these things would be possible, self-evidently, if we had remained in the European Union,” he added.

Arguing Britain had the world’s fastest-growing advanced economy, Lord Frost told the upper chamber: “This economy and this country is prospering vastly already under the arrangements that we are putting in place.

“We want to make us a high-wage, high-productivity economy… Not a low wage, low skill economy reliant on cheap labour.

“We are putting in place… rules that suit this country and that will make a big difference for us for the future.”

Pressed for a commitment that standards would not be undermined, Lord Frost said: “We are a high standards country.

“That doesn’t mean we don’t intend to change them. The world moves on. High standards need to reflect the context we are operating in. I am sure there will be change, but don’t believe those changes will result in regression of standards.”

Referring to the retained EU rules, he added: “Many of these laws were not subject to any form of meaningful scrutiny in this Parliament, may have been imposed against the will of the Government and the way we progress on them needs to reflect that fundamental reality.

“We certainly intend to pursue the issue of reviewing EU law extremely urgently so that we can deliver results and make a difference rapidly.

Lord Frost said: “The purpose of these reforms is to in the long run improve the productivity of the UK by putting in place regulations that are tailored to our conditions rather than the average.”

But former Ulster Unionist leader Lord Empey warned the impact of a controversial measure aimed at avoiding a hard Irish border, known as the Northern Ireland Protocol, meant the many of the proposed law changes would not be apply to the region.

“The gap between the two parts of the United kingdom will increase as this process goes on, not decrease,” he said.