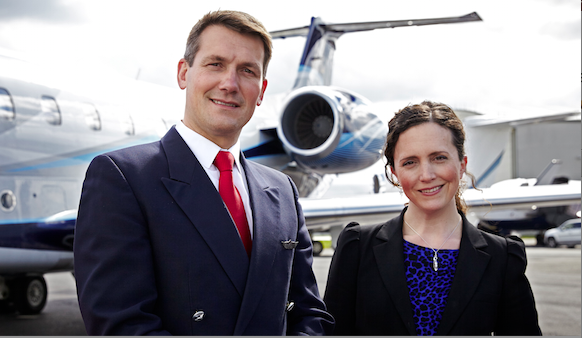 Bilateral aviation agreements with the EU after Brexit would create a "migraine" for the private jet industry, the boss of global booking platform PrivateFly has said.

PrivateFly chief executive Adam Twidell, a former RAF pilot who launched the business with his wife Carol in 2008, told City A.M. that the possibility of Britain striking a number of bilateral agreements post-Brexit would mean "not just a headache but a potential migraine for the private aviation industry".

In September the government published its latest tranche of "no-deal" notices which warned that flights between the UK and the EU could come to a grinding halt if Britain crashes out of the bloc without a deal.

It warned that UK and EU-licensed airlines would lose the automatic right to operate air services without seeking advance permission.

Using France as an example, Twidell said that if the UK and EU could not agree terms, and France and the UK failed to strike a bilateral agreement, it would mean that UK-registered private jets could no longer pick up passengers in Paris and fly them to Nice.

"For the customer, this would therefore mean more complexity, less choice and ultimately paying more."

In recent years London has emerged as a hub for private aviation, owing to its ability to offer 24-hour private flight movements, which pushes it ahead of rival European cities.

Luton has long been the favourite departure ground for private jet-setters, but it suffered a setback this summer when it closed its 24-hour access, before resuming last month.

The ban enabled Biggin Hill and Farnborough to increase the number of private jet departures this summer by 27 per cent and 16 per cent, respectively.