17 arrested as Port of Dover blocked by climate protestors 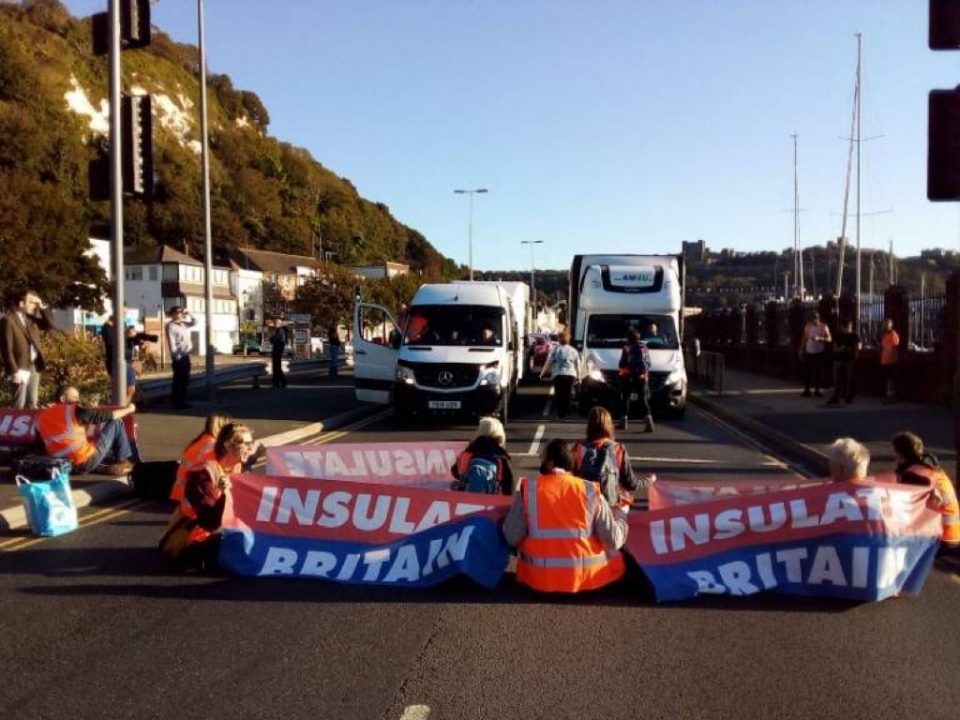 Around 40 protestors have blocked the A20 at two sites: the Eastern Docks roundabout and near the junction with Union Street for the Western Docks.

The offshoot of Extinction Rebellion caused chaos on the M25 motorway five times in the past fortnight, but were threatened with imprisonment if they returned to the motorway.

The group is demanding that the UK government promises to fully fund and take responsibility for the insulation of all social housing in Britain by 2025 and produce, within four months, a legally binding national plan for a low carbon retrofit of all homes by 2030.

A spokesperson for the group, which wants the Government to insulate and retrofit homes across the UK to cut climate emissions, said: “We are blocking Dover this morning to highlight that fuel poverty is killing people in Dover and across the UK.

“We need a Churchillian response: we must tell the truth about the urgent horror of the climate emergency.

“Change at the necessary speed and scale requires economic disruption. We wish it wasn’t true, but it is. It’s why the 2000 fuel protests got a u-turn in policy and gave (Tony) Blair his biggest challenge as prime minister.”

Last week, the Government reportedly instructed officials to seek an injunction against the environmental group after they shut down the M25 five times in just over a week.

The Daily Mail reported that an injunction against Insulate Britain is likely to be sought by National Highways in the High Court on Thursday.

Writing in a column for the Mail last week, Patel and Shapps condemned the tactics of the protesters, adding police have their support to take “decisive action” against any future disruptive demonstrations.

They wrote: “(The protesters) have broken the law, undermined the cause they believe in, alienated the public, and created extra pollution, in one of the most self-defeating environmental protests this country has ever seen.”

“We are giving (police) powers to better manage such guerrilla tactics in future.”

“In the medium-term, the Police, Crime, Sentencing and Courts Bill will put public nuisance on a statutory footing, ensuring there are appropriate sentences for the harm caused.”