Boxpark chief: Rent crisis could be disastrous for London hospitality 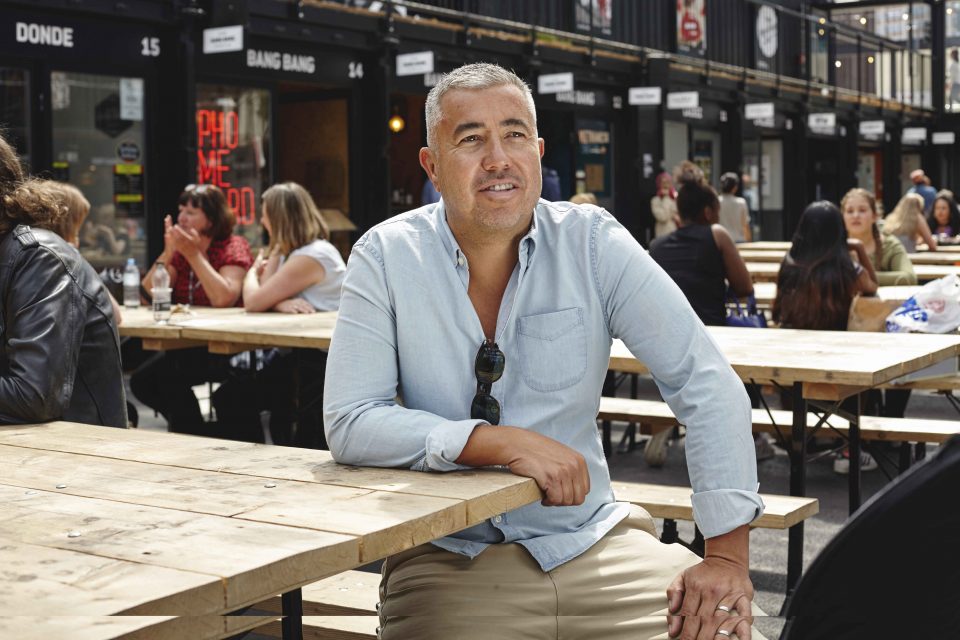 On a normal, pre-lockdown night just a short walk from Liverpool Street, Boxpark Shoreditch would usually be buzzing with small retailers and rooftop bars packed full.

As anybody who has walked through the area recently will know, though, an eerie silence has fallen on that particular corner of Shoreditch – just as it has at Boxpark’s two other sites, in Wembley and Croydon.

“What I’ve realised during the lockdown is that our shops, our pubs, our restaurants, our leisure, is the heart and soul of our communities,” he tells City A.M..

It’s that passion for hospitality that has made him so worried for the future of the sector. As those same pubs, bars and restaurants are given the chance to reopen on July 4 – albeit not in the most familiar guise – Roger sees a new danger approaching at speed, with rent payments the danger.

He’s worried that at the end of the lockdown, landlords are going to ask for rents that tenants simply can’t make.

“I’m gravely concerned by the current rhetoric that’s coming from many landlordss, and if they keep going on this path, there’s going to be a collision, and the fallout from that is going to be potentially enormous,” he says.

How bad? “I would say maybe up to 50% of retail, hospitality and leisure businesses not surviving post-lockdown, or not surviving in their current guise.”

It’s a sobering thought. Boxpark were set to announce record profits and a private equity tie-up before the pandemic hit, and while the firm has cash reserves to ride out the crisis, he’s worried about the rest of the industry.

“So what I think is it is deeply unfair is to apoortion the responsibility to pay for the lockdown just on operators.”

Most hospitality operators three biggest costs – other than materials, of which there aren’t any at the moment – are salary, rates and rent. Roger acknowledges the first two have been dealt with through generous government schemes.

He compares the situation to that of the Black Knight in Monty Python, who refuses to acknowledge he may have lost his battle even when he’s lost all four limbs.

“We’ve sown one arm back on, which is the salary and rates, but I’m still going to bleed to death, so the rest is pointless.

“It’s not just a scratch. That isn’t a scratch, it’s a mortal wound, and it’s going to result in the mass closure of retail and hospitality businesses.”

Wade is desperate for landlords, operators and tenants to come together to find a solution, and remains hopeful they’ll see sense. He’s working closely with UKHospitality and pushing the government, and the Minister for London Paul Scully, on a scheme which would see landlords given a cash injection to cover the rents they won’t receive, allowing them to give a break to operators and tenants over the rest of the year.

“I don’t think it’s that much of an ask for the government to support landlords… to give operators reduced rent during this period.

Roger, despite his alarm, remains optimistic however. “Let’s just all get around the table, let’s get this sorted out.

And of the capital he’s equally chipper, at least in the long term. “The idea that we’re not going to be bounce back… I don’t believe it for one minute,” he says.

“We were all in London during 7/7. Imagine how hard it was to get back on a tube for Londoners. But we got back on.

“In the end, what makes humans different is our emotional requirement to come together as a community. I believe Londoners will come back in their droves.”

Many Boxpark fanatics will be hoping that’s the case, and sooner rather than later.