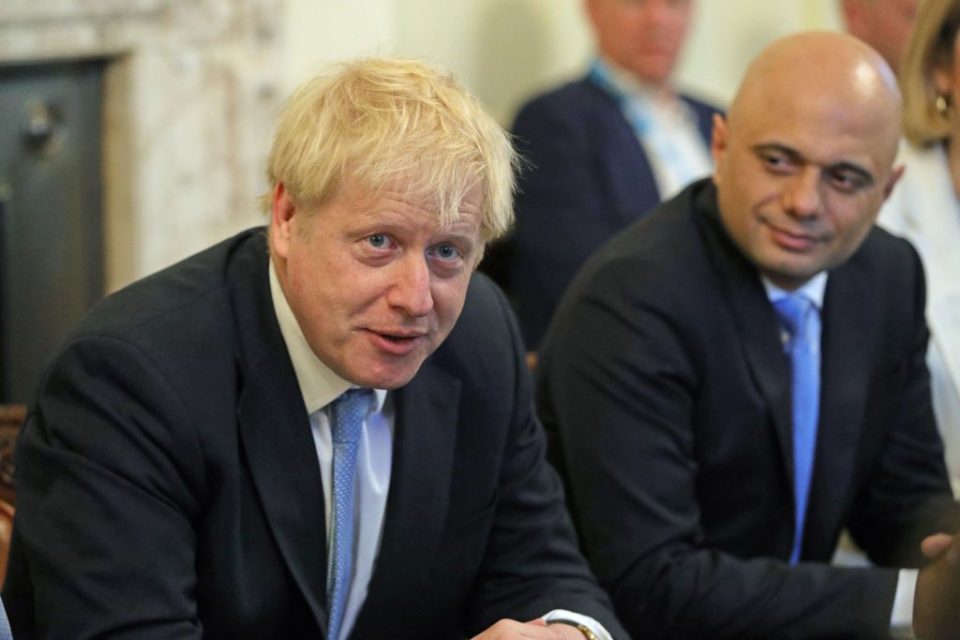 New Prime Minister Boris Johnson has unveiled the first policy he will implement since winning the Tory leadership battle on Wednesday.

Johnson has confirmed that the process of recruiting an additional 20,000 police officers will begin “within weeks” across England and Wales.

Read more: Johnson gears up for war with a cabinet of resurrected soliders

It was one of the key pledges he made during his campaign to replace Theresa May as leader of the Conservative Party and Prime Minister and one he repeated during his first speech.

Police forces across England and Wales lost 20,000 officers between 2009 and 2017 as part of cuts implemented following the financial crisis.

Johnson has said he wants to see all of the additional officers in place within the next three years, although he has received warning of the “logistical challenges” this could pose.

“As I said on the steps of Downing Street this week, my job as Prime Minister is to make our streets safer,” Johnson said. “People want to see more officers in their neighbourhoods, protecting the public and cutting crime.

“I promised 20,000 extra officers and that recruitment will now start in earnest.”

A recruitment campaign will begin in September and the process will be overseen by a new national policing board that will see police leaders come together with newly-appointed home secretary Priti Patel.

Patel said it was “deeply worrying” to see the rise in serious crime and that the additional officers “sends a clear message that we are committed to giving police the resources they need”.

“This is the start of a new relationship between the government and the police working even more closely together to protect the public,” she added.

There are some concerns, however, that there are not enough instructors to facilitate the training of so many new officers with police stations also unable to cope with an influx.

“There are a wide variety of logistical challenges that come with the recruitment process,” chief executive of the College of Policing, Mike Cunningham, told the BBC.

He added that there was a “huge opportunity” but called on Johnson to consider “the assessment process, the attraction, recruitment campaigns, the vetting.”

“And then of course training people, making sure they are fit for the responsibilities that they have”.

The National Police Chiefs’ Council chairman Martin Hewitt said: “This substantial growth in police officers will ease the pressure on our people and help us to reduce crime and improve outcomes for victims.

“It is also an incredible opportunity to accelerate our plans to increase diversity in policing.

“We will work closely with the College of Policing and the government on the detail and practical implications of such a significant recruitment drive.”