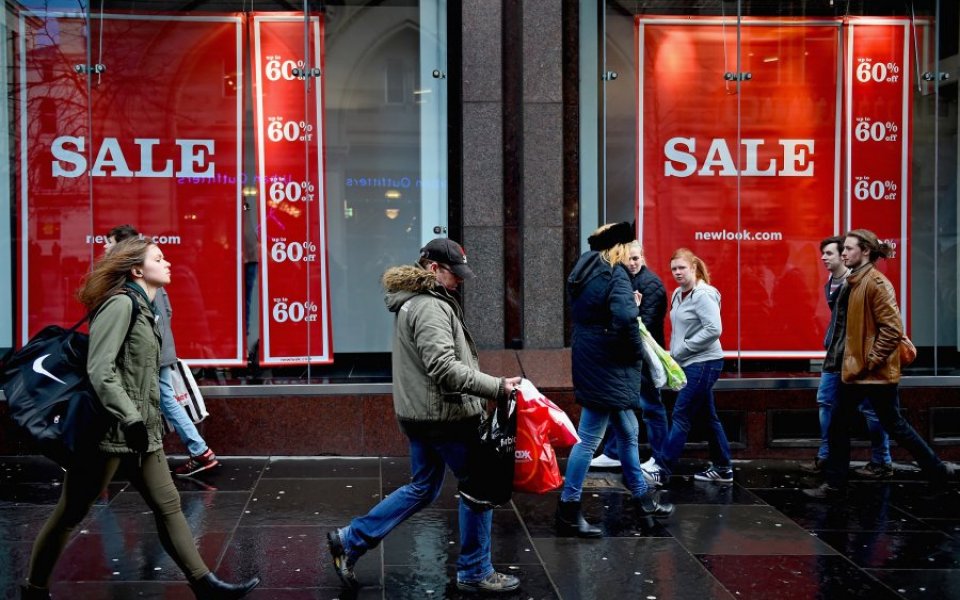 Sales periods have sprung up around the world that give shoppers the bargains they crave while allowing sellers to offload old stock or generate footfall. But retailers face a period of discounting that could undermine the advantages they used to bring.

In America, it is Black Friday, while in Europe January sales have kept cash tills ringing. As European sales end Chinese shoppers embark on a spree of their own to mark the Chinese New Year. There are others too. Religious festivals like Ramadan and Diwali are both accommodating an increasingly consumer element.

Nowadays, as the world becomes more globalised lines are becoming blurred. Black Friday signals the start of Christmas shopping in countries around the world, most of whom don't celebrate Thanksgiving.

Last year, UK retailers were caught out by the volume of shoppers mobilised and sales there are expected to pass £1bn this time around.

Black Friday has also given birth to Cyber Monday. Once tagged as the world's biggest online shopping date Cyber Monday represented the spike in e-commerce as consumers finished off shopping online when they returned to work.

Across the Atlantic the UK has mega Monday, usually the first Monday in December, in which online orders peak ahead of pre-Christmas delivery bottlenecks.

There are other dates too. Panic Saturday, Manic Monday and the traditional Christmas Eve spike as male shoppers squeeze in a last minute spree.

Of course shoppers don't need to wait long before the merry-go-round starts again. Sales begin again online on Christmas Day afternoon and then continue right into the New Year.

And if that sounds exhausting, there's more. The stratospheric growth of Singles Day in China in November 11th could bring forward the sales season by a few weeks more.

Having overtaken Cyber Monday in 2012 as the world's biggest online shopping date, singles day racked up online sales of $14.3bn this year, more than seven times the $2bn raised by Cyber-Monday in 2014. Cyber-Monday itself is becoming redundant since online sales begin on Black Friday and run through to Monday anyway. Last year Amazon sold 5.5m items on Black Friday at a rate of 64 items per second and overall online sales almost doubled compared to 2013.

As Black Friday subsumes Cyber-Monday it is moving in the other direction too. Many retailers begin sales on Thanksgiving itself, already dubbed "Grey Thursday" – Will there be a "White Wednesday" in future?

What does all this mean? Well it makes sales fatigue a very likely reality. As retailers take sales global the seasonal sales period could begin on November 11th and last until Chinese New Year.

Instead of anticipating sales shoppers will stagger from one to the next for almost a quarter of a year. Some will find this alienating, others liberating. Either way, it will make shoppers come to expect discounts.

This does not bode well for retailers that are already struggling with aggressive competition from online and discount channels.

Where once sales were opportunities to offload stock they are becoming the new normal. Instead of using sales to realign inventories retailers will have to pre-load stores to meet predicted demand.

If a sale goes badly then another sale will be needed to clear unsold stock and it is consumers that hold their nerves longest who will get the best deal.

As with all things there will be winners and losers. Sales dates will drive footfall (or site traffic) and this shopping period will remain a crucial one.

But returns could prove a headache, especially as fashion conscious shoppers buy multiple clothing items online and return any that don't fit.

Stores have the choice of opting out, as Asda has done in the UK (even though its parent WalMart will be leading the charge in America) but this may open the door for competitors.

Other sales are emerging from the woodwork.

More traditional retailers are looking at other dates such as Halloween or Valentine's Day to make up numbers. Those who said that Black Friday was here to stay may well have meant it literally.