Greeks have rushed to Bitcoin as the country’s financial future hangs in the balance.

The digital currency has risen seven per cent since Friday and, at £262, is at its highest level since March. Interestingly, gold – which has long been relied on as a store of wealth during crises – has actually fallen in value. The precious metal is priced 1 per cent lower than on Friday, at $1,168 a troy ounce.

Bitcoin exchanges are reporting increased interest from Greek investors, and with people desperate to store their cash outside the country’s nearly-empty banks, the digital currency may seem like a viable alternative.

Online exchange Bitstamp has had a 350 per cent increase in newly opened accounts by Greek customers in the last three weeks, and said there has been 340 per cent more trading activity coming from the country over the same timeframe. 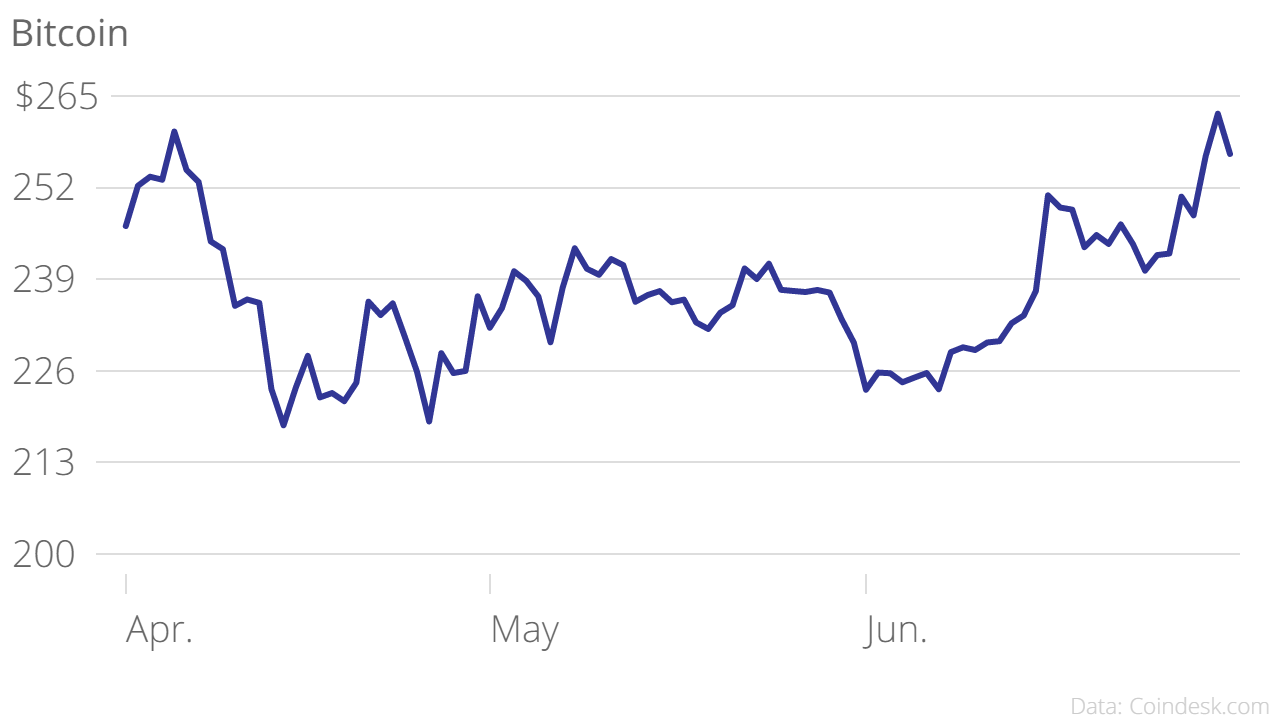 Meanwhile, German currency hub Bitcoin.de says 10 times the usual number of Greeks have registered to trade on the site in the last few days. "Since the Bitcoin network cannot be regulated, it now seems it is the only way to carry out cross-border remittances from Greece," the company's chief executive Oliver Flaskämper told City A.M..
Other online exchanges are doing their best to lure Greek money in. Online exchange Bitcurex has said Greeks signing up to the portal will pay no fees on trading for three months. Another Bitcoin company, ChangeTip, has set up a campaign urging its users to tweet at Greek people offering $5 worth of Bitcoin as a donation to get them started with digital currency.
However, anyone in Greece who has not already got on board with Bitcoin may struggle to. From Tuesday credit and debit cards tied to Greek accounts cannot be used for online transactions – a move which follows the closing of Greek banks for six days from Monday. This leaves the only Bitcoin ATM in Athens as an option, although many Greeks have already opened international bank accounts and could use these to buy Bitcoins.