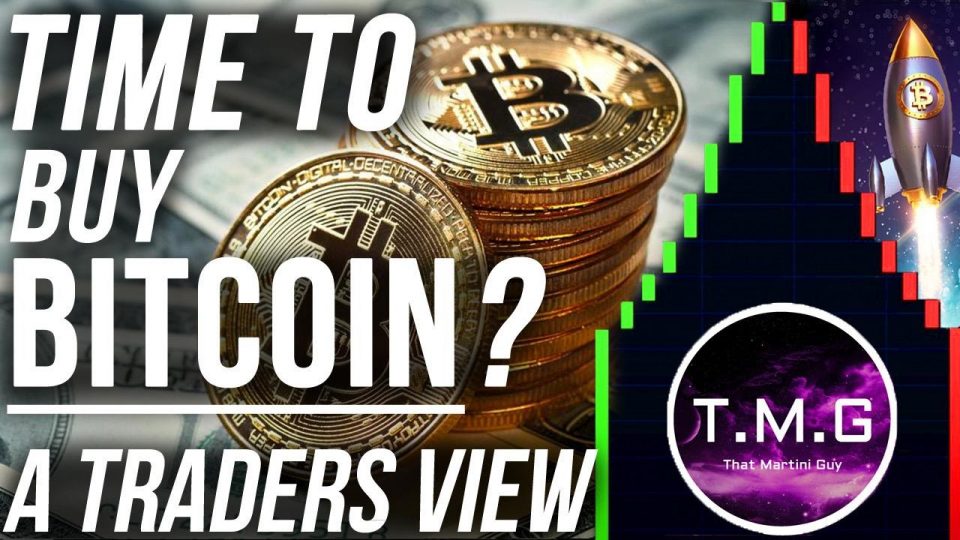 After an incredibly volatile week, Bitcoin heads into the weekend with great uncertainty over the price. There are many bullish events happening in the markets at the moment but one major bearish event is overshadowing them all.

New legislation in the USA?

As Donald Trump gears up to leave the White House, one of his final orders to his organisation appears to have been to rush through legislation for Cryptocurrencies that requires all self hosted digital wallets to have KYC (Know Your Customer) Identification attached to them somehow.

Now I could talk for days about how such legislation is not possible to implement, police or proceed with but ultimately there is such a fundamental misunderstanding of how much power the state has over Bitcoin that no doubt they will try and rush it through and it will be quickly undone again by the next president, because, to put it simply, nobody can enforce such legislation, it is not possible.

On my YouTube Channel I have been discussing all week how Bitcoin on the surface has so many good things going for it. For example MicroStrategy is selling $550 million dollars of convertible senior notes. These notes are essentially company bonds that pay the purchaser 0.75% Interest Compound every 6 months. Michael Saylor, the CEO of MicroStrategy, plans to use the capital raised from this to invest the whole $550 million into Bitcoin.

It seems to be commonplace these days among the wealthy that they must allocate a portion of their wealth to Cryptocurrencies, as just this week we have seen the founder of Ex social media giant ‘Bebo’ invest 25% of his net worth into Bitcoin. He is not the only one however as MassMutual just today purchased $100 million of Bitcoin. On a smaller scale, many mid-size family offices have been making multi-million dollar purchases of Bitcoin because Bitcoin is now in the accumulation phase.

Where next? Retail vs institutions

The price of Bitcoin currently resides just under the $18,000 level. In the short term this may prove problematic with there being a strong possibility of a dip down to $16,400. If the price of Bitcoin were to go so low it would be bought up not by retail but by institutions as we have witnessed the amount of exchange held Bitcoin continue to fall whereas the amount of Bitcoin held by Grayscale, the largest institutional Bitcoin fund, has continued to rise throughout 2020.

There has been a clear shift in the market: retail is bearish and institutions are bullish. Retail wants to buy cheaper Bitcoin and institutions are quite happy to buy at these levels. Ultimately with so many large players priced in so high, it seems unlikely that Bitcoin will have a huge correction in price. We are still experiencing price discovery – we have very little data on Bitcoin above $14,000 as it has spent less than 1% of its existence above these levels. Because of this, Bitcoin will likely remain trading between $16,400 and $19,600 for the foreseeable future until the next round of USA stimulus further devalues the US dollar and floods of retail and institutional money panic buy into stores of value.

For the reasons above Bitcoin will over the next few weeks probably be quite boring to watch with ever decreasing volatility. It is quite likely the price of Bitcoin will trade sideways over Christmas, as institutions take the holiday period off. At the same time I am really concentrating on trading the macro swings in the price of Bitcoin but also on Altcoins. The Altcoin market is very healthy at the moment, recent project launches such as Bondly and Terra Virtua have come to the market with functional products, great tokenomics and the market has rewarded these qualities with over 1600% ROI on Bondly on the first day of launch for presale investors. This for me is a sign the market is changing in favour of Altcoins, coupled with my analysis of Bitcoin dominance that can be found in every video I upload on YouTube. Bitcoin dominance looks good for Altcoins with us forming a clear bear flag coupled with many other bearish indicators.

As Bitcoin dominance falls this means that Altcoins occupy a larger proportion of the entire market cap of Cryptocurrency. My Altcoin portfolio this week has risen a total of 15% whereas Bitcoin’s price in the same timespan has fallen. I am continuing to invest into Altcoins at the moment and I will continue to document my investments on YouTube. My most recent major investment was into Elrond EGLD of which I purchased at $8.30 and currently trades around $13.50 per coin. There are so many product launches and so much fundraising going on it is hard to be bearish on Altcoins as a whole because historically when interest in Bitcoin falls, interest in Altcoins rises.

Overall going forward into the next week I am expecting to see the final volatile days for Bitcoin at the start of the new week as MicroStrategy purchase $550m of Bitcoin and the KYC Regulation fear-mongering develops then fades away again. After that in my eyes it will be a very interesting time for Altcoins as I expect a lot of market attention to shift in their direction and fingers crossed that results in positive price momentum!