From Russia with kefir: How Biotiful Dairy sold a new drink to the British public 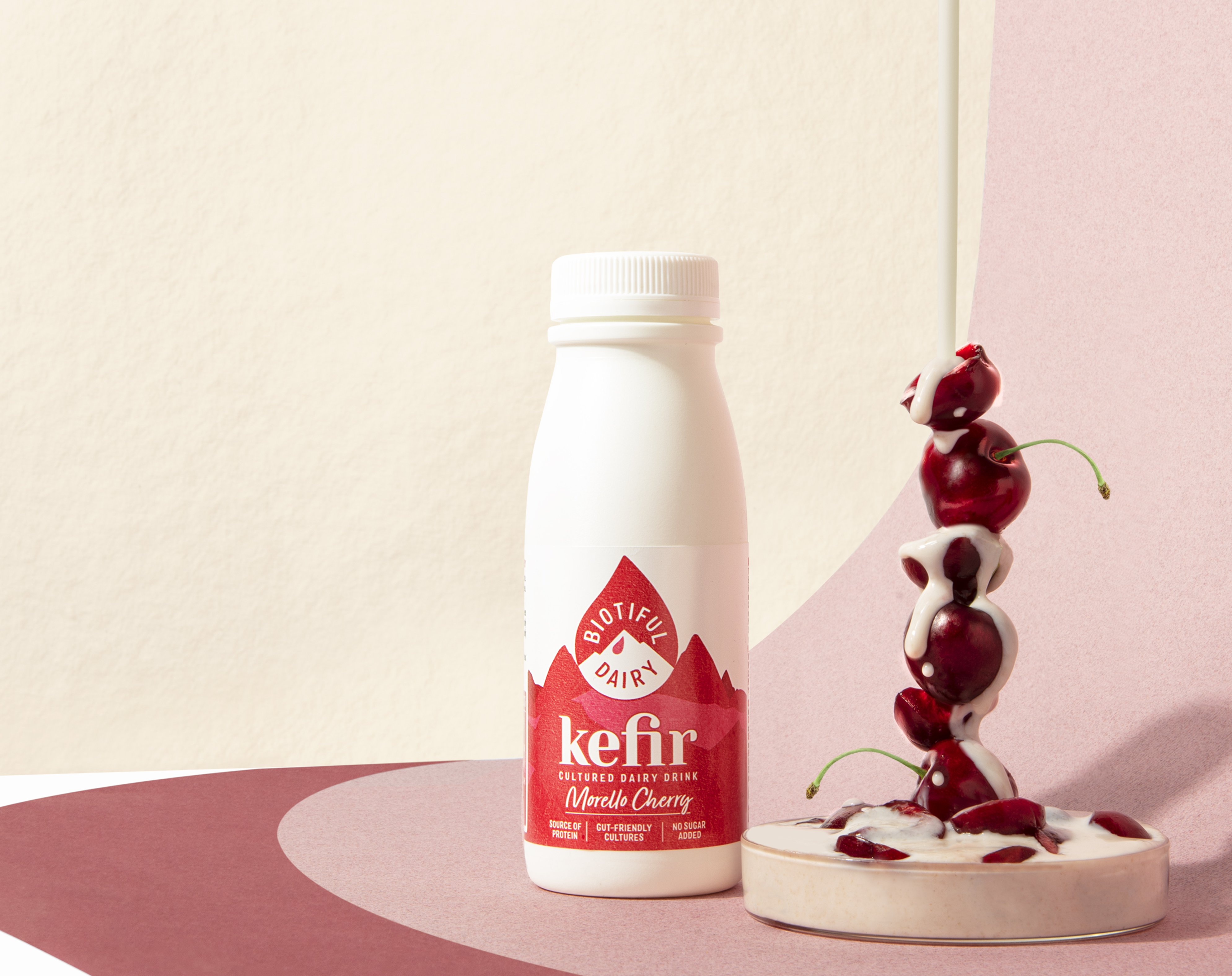 How do you convince the British public to try a whole new food category, especially when it doesn’t sound very appealing at first glance?

That was the challenge facing the Russian-born entrepreneur Natasha Bowes when she decided to try to start selling kefir in the UK.

Kefir is a type of fermented milk drink made from grains. It has a tart, slightly sour flavour. Nutritionists do recommend it for its probiotic health properties — it contains more than 40 types of beneficial gut-friendly bacteria, as well as being packed with protein, vitamins and calcium — but it is certainly an acquired taste.

While very popular in eastern Europe and Russia, kefir is barely known in the UK. Or at least, it wasn’t before 2012, when Bowes launched her Biotiful Dairy brand and started introducing kefir to the Brits.

Eight years on, Biotiful Dairy is the leading brand in the kefir space, with a 70 per cent market share of a category predicted to be worth £62m in retail sales value by the end of 2020. The brand kindly sent a box of its products to the City A.M. office, which were quickly snapped up and proved popular with our journalists.

Prior to setting up the company, Bowes had a long career in finance, first at KPMG in Moscow, then moving to Dublin and later London. After a spot of investment banking with Barclays and running a financial business, she decided to do something different.

“I had an opportunity after my daughter was born just under 10 years ago to really think about what I wanted to do, and where I could make a positive difference,” she recalls.

“I thought about what I was passionate about. I grew up in Moscow on kefir, a fermented, natural dairy product, and I’ve missed it here — I left Moscow over 20 years ago now.”

Switching from the high-powered world of finance to effectively selling milk might seem like an extreme change, but Bowes disagrees.

“It’s not that unusual, I’ve found. Particularly in the post-financial crisis years, there were people in finance with various interests who have gone in very different directions.”

Bowes started this new journey by focusing on learning how to make the product, ordering Russian textbooks and taking courses. She worked with a consultant with 25 years of experience in the dairy industry and set up production in Sussex. Biotiful Dairy sources its milk from British dairies focused on animal welfare, and imports the fermented kefir culture from Russia where its producers have been making it for centuries.

“The pilot stage was when I was making, selling and marketing the product all by myself,” she recalls. “I’m a bit of a do-er — and it’s really taken off.”

Cream of the crop

Soon after launching, Bowes was able to get her drink sold in high-end stockists, including Selfridges, Harrods, and Fortnum & Mason. Fast-forward to today, and it now transcends social class and is available in retailers such as Sainsbury’s, Tesco and Asda.

The product range has also expanded, with various drink flavours as well as yoghurt-style snacks and products aimed at kids. It’s fairly priced: a 500ml bottle of Biotiful Dairy kefir costs £1.75 from Sainsbury’s, while the brand’s tub of kefir with blackberry compote will set you back £1.

Bowes describes kefir as a new food category, sitting between milk and yoghurt. But how do you market something new to the UK consumer, effectively telling them that they’ve been drinking milk wrong for centuries?

“It takes time — unless you have multi-million pound budgets to invest in marketing. You lead with the product, you talk to people — word of mouth is significant, as well as social — offering lots and lots of tastings, and participating in the right trade and consumer events,” she says, adding that it takes “a lot of tenacity”. And finally, “after a long time, the big retailers start to listen to you and trial the products.”

Another factor is that consumers in the UK are often quite willing to try new things. Living in a globalised, multicultural society, the British public are more than keen to adopt and assimilate products from different cultures — as long as they’re tasty.

The obvious evidence is the plethora of Indian and Chinese takeaways on the average high street, but more recent examples include our national obsession with the avocado (a rare sight on supermarket shelves a few decades ago), and even the fermented-tea drink kombucha (a product I, personally, cannot stand) which originally came from Asia.

The UK dairy industry is massive, with 13,000 farmers producing over 14bn litres of milk each year, worth around £8.8bn at wholesale level. As such, there’s clearly room for growth within this massive category for alternative brands.

On the other hand, there are hurdles. Concerns about climate change and animal welfare, as well as the growing veganism movement, mean that dairy alternatives like soya, almond, and coconut milk are increasingly popular. These headwinds risk souring kefir’s place on the supermarket shelf.

And yet Bowes has no intention of standing still. Her plans for the future include expanding the product range, possibly including a cheese range and a frozen dessert.

“We’re expanding beyond liquid kefir, and innovating with flavours. Our consumers are saying that they want more occasions and more formats to be met by our gut-friendly, healthy products.”

If globalisation has encouraged people to try new things from around the world, the ongoing health trend has pushed consumers towards becoming more conscious about what they put into their bodies, and how it’s made.

I ask if Biotiful Dairy has benefited from this healthier eating trend?

“Yes and no, because I believe natural health is more than a trend within food, it’s just that’s the way food is moving overall,” Bowes argues.

“As far as the gut health is concerned — which is the biggest trend within the health movement in dairy — we started way before anybody was talking about it, and were kind of running ahead of the curve. We never really follow trends, we’re trying to create them.”