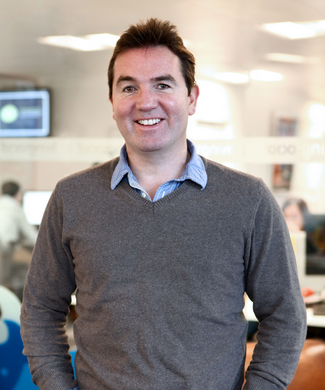 The founders of Amazon and Microsoft have backed a London start-up that allows workers to access their wages before payday.

Wagestream, which aims to end the "payday poverty cycle", allows employees to access money that has already been earned for a fee of £1.75 instead of waiting for a fixed monthly payday, and has been launched the week after the collapse of payday lender Wonga.

Co-founder and chief executive Peter Briffett said: "As we mark the death of one of the payday loan giants, we’re pleased to finally present a viable solution to help give the UK’s workforce the financial freedom they deserve.

"While the wider and long outdated issue of monthly pay cycles is in desperate need of modernisation, for far too long legal loan sharks have been exploiting the most disadvantaged consumers with crippling high-cost loans.

"By giving workers access to their earnings, they can prevent themselves from going into overdraft, credit card debt or the worst case, applying for a payday loan.

"The poverty premium is real. Lower income workers can often pay more than everyone else, despite struggling to make ends meet. At Wagestream we give people access to their earned income when they need it, without the need for employers to alter their usual payroll frequency."

Employers that have already partnered with the platform include Key Security and Fourth, who provide hospitality staff for brands including Travelodge, David Lloyd Clubs and TGI Fridays.

Other investors include boutique venture capital firm Qed Investors, the London Mayor's Co-Investment Fund, which backs the capital's technology startups, and Fair by Design fund, which invests in companies designed to make an impact on the poverty premium.