The biggest tech breakthroughs of the last decade 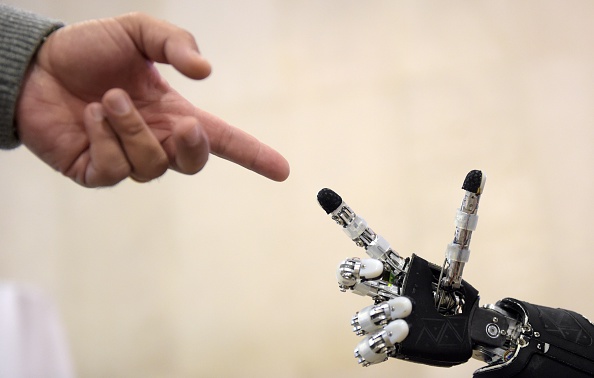 It is easy to forget, as we approach the end of not just 2019 but also the decade, just how far technology has developed over the past 10 years.

To mark the end of the era, City A.M. asked several experts for what they think have been the biggest technological breakthroughs or advancements made in the 2010s.

Whether it is by using facial verification or a fingerprint scanner, our personal biometrics are now being used to secure our devices and confirm our identities.

The adoption of biometrics has fuelled the rise of fintechs, as the former can ensure that the right person is accessing the latter.

As a result, biometrics, combined with high-speed internet and connectivity, have transformed the way we interact with each other, with governments, and with financial services, according to Andrew Bud, founder and chief executive of iProov.

“Since then, we’ve gained fantastic screens, biometrics sensors and trusted environments on phones, as well as moving swiftly from 3G to 4G (with 5G imminent). This has made life easier and fraud harder — but not impossible. Biometrics are now vital for protecting us when our phones are broken, lost or changed and are no longer there to safeguard us.

“Huge strides in machine-learning technology have also revolutionised fintech. Face-matching used to work badly, and now it is superb. We can now extract meaning from all kinds of large datasets, to provide advice, insight, and alerts, improving everyone’s lives.”

Apple may have unveiled the first iPhone in 2007, but the smartphone truly became ubiquitous in the 2010s. Compared to other tech advancements, the evolution of the smartphone has likely had the most significant influence on our day-to-day lives, according to Liviu Arsene, global cyber security researcher at Bitdefender.

“Smartphones have become indispensable to both our private and work lives, growing more powerful in terms of performance and packing a wide range of sensors and technologies, such as cameras that record 4K videos, GPS for navigation, microphones, fingerprint scanners, near-field communication, Bluetooth, and high speed wifi,” he says.

“Smartphones can easily replace a laptop, while offering more mobility, flexibility, and availability, allowing everyone to stay connected and online every second. Activities that required desktops or laptops — from shopping, banking, email, and social networking, all the way to security authentication, gaming, and photo or video shooting — are now part of the smartphone experience. Smartphones can even replace your credit card or serve as a second authentication factor for suspicious transactions.

Along with smartphones, so too has social media become a dominant force this past decade — though perhaps a less positive one.

In addition to Facebook, which became mainstream in the mid-2000s, we now spend our lives on Twitter, Instagram, Snapchat and TikTok. Careers can be made (and ruined) based on what someone tweets or the photos they post online.

But Karen Boswell, chief experience officer EMEA of marketing agency VMLY&R, warns that there are problems across social media.

“Chat is riddled everywhere with targeted ads within communities across the web. Hate crimes are enabled, beliefs are attacked, trolls and bots run riot, and fake news drowns out real problems. Social media needs governance, just as every other industry. The tiny steps taken so far to reduce abuse are too small, and we need deeper commitment to reengineering the very fundamentals of how a third of the planet is connected through Facebook, YouTube, Twitter and the like.

“We’re speeding into the fourth industrial revolution, and I do believe tighter rules are needed.”

Another less positive development this decade has been the advances made by criminals and hackers in the digital realm. Cyber threats are getting much smarter, and pose a danger to our ever-more-connected world, warns Duncan Brown, security strategist EMEA at Forcepoint.

“The Wannacry ransomware attack in 2017, for example, was carefully planned and carried out by highly organised criminal groups, with possible support from a nation state. Soon after, we saw computer systems in Ukraine under attack, with indications that Russia was behind it.

“Stuxnet was perhaps the first example identified in 2010, which saw Iranian nuclear facilities targeted, possibly by US and Israeli intelligence services. While not widely known by the public, it remains a major milestone as the first known example of a sophisticated and targeted cyber attack,” he says.

“Defenders have essentially been playing catch up since then, because we can only defend against new attacks as they emerge. One of the major developments in the next 10 years will be legislation that helps encourage better security practices — the EU’s General Data Protection Regulation (GDPR) is already one example, but I think we’ll see more.”

Once the stuff of science fiction, artificial intelligence (AI) is now a fact of real life, and advancements in machine learning means that AI is smarter than ever.

“Looking in the rear-view mirror over the last 10 years, we have seen some exciting technology developments: a proliferation of mobile platforms, the emergence of smart assistants and electric cars, as well as the invention of crypto currencies. But arguably the most pervasive technology to have emerged in the last decade is AI,” says Yuri Andersson, entrepreneur in residence at QTEC.

“The IBM Watson and DeepMind have already shown that machines can, in at least in some ways, outsmart humans. The 2010s have also laid the foundation for the decade to come, where we can expect technologies such as drones, autonomous vehicles, and quantum technologies to enter into our daily lives.”

Firms like Blue Prism and Amazon offer AI-powered services that can automate business functions and processes, transforming the world of work.

“AI now has the potential to completely revolutionise customer experience,” says Leigh Gammons, chief growth officer at Cognifide. “Over the past few years, we’ve become more comfortable with chatting to smart speakers like Alexa in our homes, as interaction between humans and machines has become easier and more natural. AI is going to continue to shape the everyday interactions that we have — and it all comes down to data. AI allows us to interpret more data, faster, than ever before.”

The way that AI is able to quickly analyse data isn’t just changing business, it may even be saving lives.

“A significant opportunity for AI is to process billions of data units from disparate sources, while immediately determining the value of that information to unique entities,” says  Jonathan Barrett, senior vice president EMEA and APAC at Dataminr.

“Our AI platform detects emerging events in real time and assigns a level of importance according to each client’s interests and needs.

“For humanitarian response teams, real-time information is changing how effectively they can mobilise in a crisis. Dataminr and the UN have partnered to equip its staff with real-time event information, so that they can gain the earliest possible indications of emerging crises to help keep their teams safe.”

There have been other key breakthroughs, including cloud computing, blockchain technology, and virtual reality all becoming mainstream. This has been a decade of major technological advancements, and the next 10 years are likely to be just as transformative.