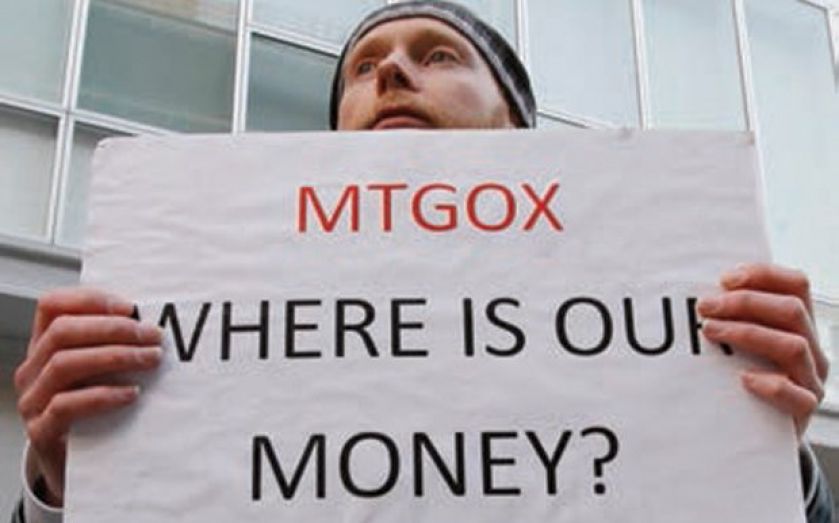 THE LARGEST trading site for the Bitcoin cryptocurrency vanished, along with an alleged $375m-worth of investments.

Mt Gox went offline yesterday, less than a month after it blamed “unusual activity” for a decision to suspend withdrawals.

The website last night displayed a message telling investors it had shut down “for the time being in order to protect the site and our users”.

A document surfaced online that was claimed to be a crisis plan for Mt Gox, which said more than 744,000 Bitcoins were “missing due to malleability-related theft”. While the company did not clarify this yesterday, the figure would mean six per cent of the 12.4m Bitcoins in circulation are unaccounted for.

Bitcoins continued to change hands on other exchanges yesterday, trading at around $500. The value of Bitcoin has dwindled since peaking at above $1,200 at the end of 2013.

The bosses of six other digital currency exchanges issued a statement yesterday distancing themselves from Mt Gox and its “tragic violation of the trust of users”.