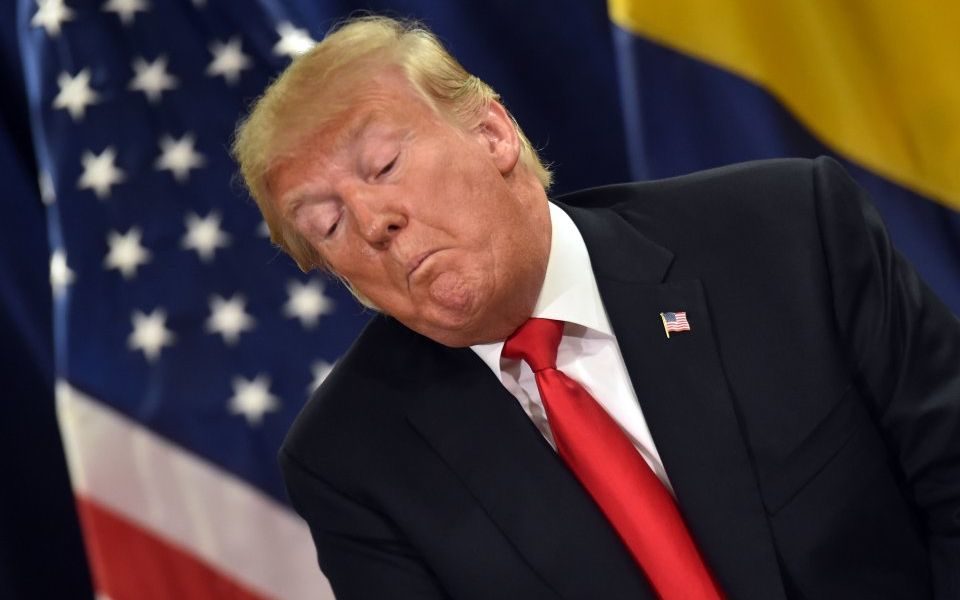 Bloomberg has called it “the end of presidential press conferences”. In a bizarre and colourful 83-minute news conference last night, Donald Trump, as is his wont, gave reporters much to chew on.

Sexual assault allegations against his Supreme Court nomination and an escalating trade war with China were among the issues the President confronted.

These are some of the highlights from last night’s press conference:

The self-professed “very stable genius” sought to reassure doubters of his intellect. Trump described his brain as “very, very large” after discussing the looming tariff dispute between Washington DC and Beijing. He also doubled down on claims that China would like to see Trump lose the election as "they've never been challenged like this".

"From what I hear, if you look at Mr. Pillsbury, the leading authority on China … he was saying that China has total respect for Donald Trump and for Donald Trump's very, very large brain."

In light of three women coming forward over allegations of sexual assault surrounding the President’s nominee for the US Supreme Court, Trump described the events as a “big, fat con job”. Lambasting the Democrats for attempting to derail Brett Kavanaugh’s nomination, Trump said the conservative judge faced “false accusations”, although he stopped short of saying the three women had lied.

“People want fame, they want money, they want whatever. So when I see it, I view it differently than somebody sitting home watching television where they say, ‘Oh, Judge Kavanaugh this or that.’ It’s happened to me many times.”

3. "They weren’t laughing at me; they were laughing with me"

The real estate magnate also looked to quell suspicions that UN delegates had been laughing at Trump during his speech yesterday, calling reports of the incident “fake news”. It appeared the President made delegates at the speech laugh – seemingly without attempting to do so – after saying that his administration had “accomplished more than almost any administration in the history of our country — so true”.

“They weren’t laughing at me; they were laughing with me. We had fun….People had a good time with me — we were doing it together…They respect what I’ve done.”

4. "Canada has treated us very badly"

After reports emerged that Trump had snubbed Canadian Prime Minister Justin Trudeau by not shaking his hand at a UN lunch days earlier, the President said yesterday that he was “very unhappy with the negotiations and the negotiating style of Canada”. In comments that are likely to make his neighbours north of the border shudder, Trump also that he was mulling a new tax in imported cars from Canada that he called “the mother lode”.

“His tariffs are too high, he doesn’t seem to want to move, and I’ve told him, ‘Forget about it’.”

It would not be a Trump press conference without mention of North Korea. Trump laid into his predecessor Barack Obama, saying the former president brought the country to the brink of war after relations soured with the pariah state. He also described letters sent by North Korean dictator Kim Jong-Un had sent him as "pieces of art" and said the two of them now "laugh" at the fiery rhetoric that used to fly between them.

"Obama said North Korea was by far his biggest problem. Not thousands, but millions of people would have been killed. That could have been a world war."