Big ambitions and grand challenges: How the industrial strategy fares one year on 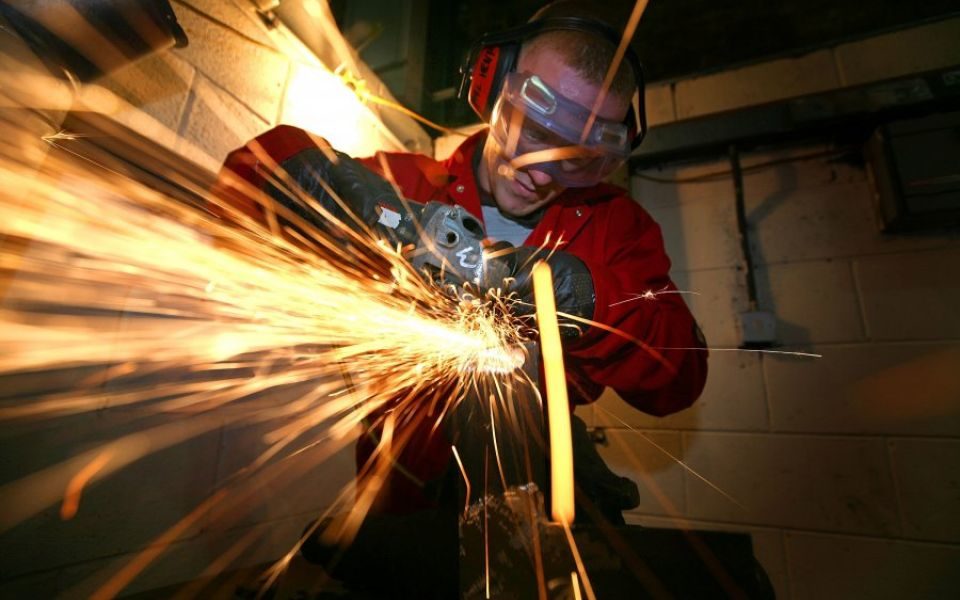 It’s now a year since the industrial strategy was launched.

Encompassing a 255-page tome, it laid five foundations for productivity: ideas, people, infrastructure, places and the business environment. It promised waves of sector deals between government and industry to de-risk investment and improve workers’ skills.

Six such deals were announced in the first year, from automotive and construction to artificial intelligence and nuclear, with more to come.

The strategy also identified four "grand challenges" giving focus to both the R&D target and the deals: artificial intelligence and machine learning; clean growth; future mobility; and an ageing society.

The roll out of the strategy, coupled with a rise in investment in research and development, is seen in Whitehall as critical to unlocking the productivity puzzle, making UK industry more competitive and creating an economy better balanced to resist the inevitable shocks of leaving the EU.

Theresa May’s speech to the CBI confirmed her commitment to raising R&D spending to 2.4 per cent of our national income: "helping the UK become the ideas factory of the future."

Even without Brexit and its predicted impact on GDP, this is a bold ambition. Assuming modest economic growth, total R&D spending would need to increase by £22bn between 2015 and 2027. How does this compare to current rates? It increased by just £6.6bn between 2004 and 2015.

As someone who works closely with industry, from global aerospace companies to family-owned businesses making hand tools, one thing is clear: there is a universal welcome for the fact that the UK now has an industrial strategy.

So is the strategy working? Smaller manufacturers are likely to agree with the grand challenges but tell you they are just a little too grand for them.

Their challenges – poor cash flow, high energy costs, reduced margins, competition from Asia, lack of skills and an ageing workforce – are no less business-critical, but they seem disconnected from the White Paper.

This is where the High Value Manufacturing Catapult (HVMC) and the national innovation agency, Innovate UK come in. The HVMC is a network of seven centres who work with industries, large and small, to prove out and de-risk technologies that can be adopted in their own factories to improve productivity and quality.

Funded through the Business, Energy and Industrial Strategy Department and Innovate UK, the HVMC is specifically tasked with engaging SMEs and measuring the impact of the Catapult on improving SME competitiveness.

It is also where the implementation of Jürgen Maier’s "Made Smarter" programme comes in to practice, by breaking down the barriers to the adoption of digital manufacturing technologies such a robotics and automation, augmented and virtual reality, artificial intelligence and machine learning which could unlock big improvements in productivity.

Linking Made Smarter to existing growth hubs, however, is seen as a risk. While it may eliminate duplication, its success will depend on getting people in post who understand industrial digitalisation and the challenges of change-averse business cultures.

Universities are also being pushed into the frontline.

We can expect the emerging framework to set criteria for higher education institutions that will be aligned to the industrial strategy. Universities will also increasingly have to reveal the extent to which they share knowledge, expertise and other assets for the benefit of the economy and society.

Finally, to oversee the delivery of the strategy, the government has set up an independent council, which met for the first time this month. While some engineering bosses scratched their heads that it is being led by a banker, it has diverse experience across disciplines. The council’s leader, Andy Haldane, chief economist at the Bank of England, is familiar with monitoring government performance on key economic indicators.

By scrutinising R&D spend, the council should have a crucial role in keeping the UK on track to meet the target. It should also be able to say whether the spend is actually delivering the strategy's aims.