Beyond digital gold: unlocking the true value of bitcoin 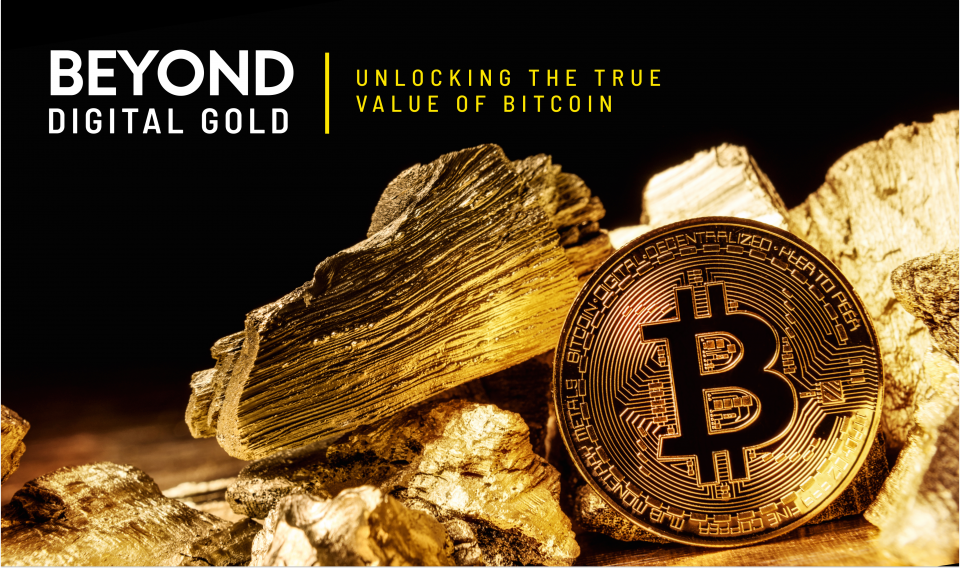 Digital gold has gone mainstream. JP Morgan, BlackRock and the biggest names in global finance are now echoing the cypherpunks and suggesting that Bitcoin could replace the yellow metal as a safe haven in investment portfolios.

But while Bitcoin does share characteristics with gold, a big reason why the digital gold narrative has found so much traction with sophisticated investors is because of limitations with institutional-grade digital asset custody infrastructure.

In the name of security, most institutions are forced to adopt centralized crypto asset management methods, shunting the private keys that grant ownership over blockchain assets offline, and reducing the functionality of a dynamic decentralized currency to an inert rock.

At a time when investors of all stripes are trying to hedge against economic policies designed to counter the impact of coronavirus, the idea of digital gold has quickly gained traction.

But while the contagious idea has helped bitcoin spread to institutional investor’s portfolios, treating bitcoin like a simple commodity limits its ability to act as both a safe haven and a digital decentralized asset, particularly for institutional players.

As a cryptographic asset controlled by a string of code, Bitcoin enables a new form of ownership, which is spelled out with legal certainty in pioneering regulations from Wyoming that recognize the ownership rights conferred by control of private keys.

This is liberating for individuals, who can take advantage of a unique safe haven that has no negative carry, and is cheap and easy for an individual to manage. Unlike gold, which is firmly rooted in the physical realm, bitcoin exists borderlessly on the blockchain, providing a safe haven that passes beyond geographic and jurisdictional limits, and can be stored as easily as memorizing a 12 word mnemonic of the private key.

Better yet, Bitcoin can be put to work in the growing crypto economy, and lent, borrowed, or sweated in other ways without necessarily giving up control of the asset to a third party.

Institutions, on the other hand, can’t take advantage of this self-sovereign vision so easily. Stringent regulations and lack of technical knowledge mean most sophisticated investors can’t simply take control of their own private keys, and are forced to use custodians that often limit the cryptocurrency’s full potential.

The problem with centralized custody

When bitcoin is squirreled away in cold storage or locked in cumbersome multisig services, the asset is stripped of some of its most salient qualities.

These centralized methods of private key storage treat private keys like the buried treasure of pirates, locking them away on computers disconnected from the internet, or on strips of paper in safety deposit boxes and vaults hidden far below Swiss mountains.

Yet as a bearer asset, managing Bitcoin means handling these private keys. So when they are locked away behind multisig accounts or in offline wallets, management processes are obstructed by manual human operations, or gaining physical access to storage.

By forcing a decentralized asset into a centralized box, these private key management methods make transacting expensive and cumbersome, impeding institutions’ ability to quickly execute time-sensitive trades, and forcing many fund managers to adopt a passive buy and hold strategy instead of capitalizing on volatility.

In addition, by treating bitcoin as if it was a lump of rock, investors lose the capacity of bitcoin as programmable money; they cannot easily put the asset to work in the crypto economy, and lend, borrow, or stake the cryptocurrency to earn yield and enhance portfolio value.

To deploy bitcoin as an asset in the growing DeFi economy, wrapped versions of bitcoin have emerged that represent a tokenized version of the cryptocurrency on another blockchain network, such as Ethereum.

Traders deposit bitcoin with a custodian and receive an IOU token — sort of like dollars back in the days of the gold standard when they could still be swapped for bullion at the bank. This token makes it easier for individuals to sweat their bitcoin, as it can easily be put to work in DeFi protocols on other networks, and used to conduct complex arbitrage trades like yield farming.

But as the tokens rely on a single custodian, wrapped Bitcoin forfeits the qualities of decentralization and censorship resistance that make Bitcoin a unique safe haven asset.

To let institutions securely realise the full potential of bitcoin as programmable money, without sacrificing the salient qualities of the asset, we need decentralized cryptoasset management.

Qredo uses the cryptographic breakthrough of MPC to decentralize digital asset custody. This allows for private keys to be decentralized, providing security with no loss of accessibility, removing the need for cumbersome management processes or slow and expensive physical vaults.

With this decentralized custody, the censorship resistance and decentralised qualities of Bitcoin can be retained, and made compatible with institutional needs. Strict governance controls can be assigned without compromising on speed or access, whitelists can be used, segregated accounts can be maintained, and multiple custodians can be appointed for self or managed custody.

This allows for the true potential of Bitcoin to be realized by institutions, who can then trade the cryptocurrency algorithmically with automated strategies, and securely participate in DeFi protocols,. without counterparty risk and without sacrificing the self-sovereignty that is essential to Bitcoin.

As more custody technologies decentralize to reflect the decentralized assets they hold, the true potential of bitcoin as a dynamic digital asset will be unlocked, stretching the digital gold analogy beyond its limits.

Digital veteran Anthony Foy has been building pioneering tech companies for over 20 years, and turned his attention to blockchain after several successful ventures in cloud computing and SaaS. At Qredo, Anthony leads the development of a cross-chain liquidity protocol that powers secure peer-to-peer trading and custody for institutions.