Beware Blair: The West must not learn the wrong lessons from Iraq 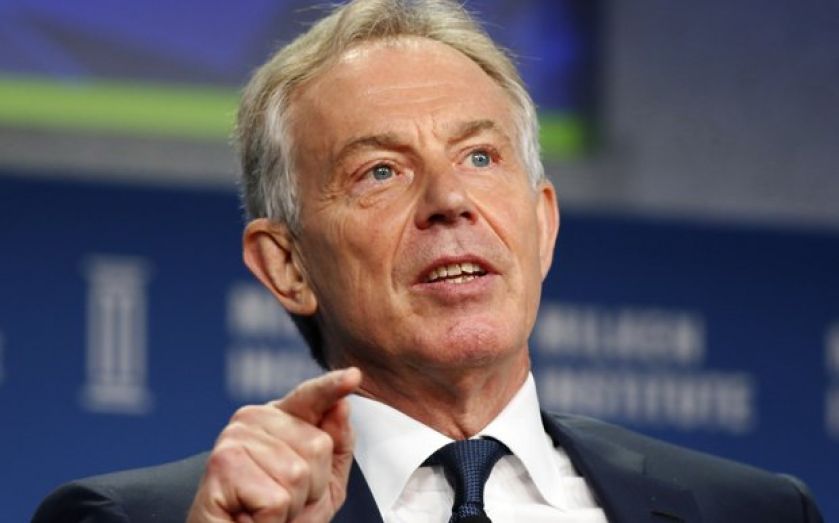 MUCH as I am intellectually fond of Boris Johnson, he is entirely wrong about both former Prime Minister Tony Blair and his motivation for speaking out on the present Iraq crisis. For those of us who were against the initial Iraq war (I lost my job in America for my pains), it was certainly emotionally gratifying to watch the mayor of London have at it. Saying Blair had become “unhinged” by Iraq, Johnson has come to the conclusion that “Blair has finally gone mad.”

But it is so much worse than that. For there is supreme method to the former Prime Minister’s madness, as he seeks to rehabilitate himself and his neoconservative allies, whose disastrous folly in Iraq cost over $1 trillion, led to the deaths of thousands of western troops (and over 100,000 Iraqis), and left Iran as the dominant power in the Gulf, as Iraq predictably became a shambles. In essence, both in the essay he released at the weekend and elsewhere, Blair has been arguing that the West was right to intervene in Iraq in 2003, and that we would be right to intervene there now – as ISIS rampages across the country. Name-calling in the face of such wrong-headedness is enjoyable; better still, let’s take the former Prime Minister seriously, and demolish his fanciful case.

The first misleading historical lesson to unlearn from the neoconservative argument is their tenuous grasp of what primary national interests amount to. Every evil in the world certainly does not amount to a sea monster that the West must spend blood and treasure destroying; instead, choices about intervention must be made, based upon a reading of western national interests.

But intellectual alarmism is absolutely necessary to sustain the Blairite/neocon worldview. Blair argues that the West would still have a major problem in Iraq even without the 2003 invasion. True enough, but would this problem be so acute that we would now be compelled to use boots on the ground to set it right? Are the options merely force now, or force later?

Blair goes on to say that the current crisis in Iraq affects us all, while urging a greater western role there. But does it directly affect us in London, in Washington, in Montana? How? And if it does, is the impact sufficient for us to risk the lives of our soldiers to fight someone else’s war?

To put it mildly, our recent track record is not fantastic, in Somalia, Iraq, or Afghanistan. Indeed, as Johnson rightly had it, surely at some level the bungled post-invasion planning in 2003 is at least partly responsible for the mess Iraq now finds itself in, even beyond Iraqi Prime Minister Nouri Maliki’s sectarianism and Syria. Obviously, overthrowing Saddam – after 24 years of ironclad dictatorship – left Iraq in pieces. But it is easy to see why Blair is yearning to “liberate” us all from the notion that the West’s gormless intervention is part of the problem. For to learn the real historical lesson here – that we cannot want a stable Iraq more than the Iraqis do – will call into question the entire neoconservative project, and Blair’s life’s work.

Instead of speaking in faux, universal truths, the far less dazzling (but far more sensible) foreign secretary William Hague has laid out specific, useful guidelines as to when intervention should be attempted in the future. Military intervention should only be used as a last resort (and not a first one, as the neocons seem to prefer), our political goals for doing so should be clear and limited, and a comprehensive post-invasion plan must be jointly agreed with regional and local powers before (not after) any such invasion is launched. If one adds in the fact that such an operation should only be engaged in when primary western interests are at stake, real and useful historical lessons will have been learned from all that has happened.

But that, of course, is the last thing Blair wants. Beware of men who use history to attempt to absolve themselves of its consequences. Blair grandly concludes, regarding the present Iraq crisis, that “we have to put aside the differences of the past and act now to save the future.” He could not be more wrong, or more dangerous. Instead, only by facing up to the true historical errors of the recent past can we act wisely in saving the future.

And as for Blair, I will leave him to this quote from Oliver Cromwell, spoken when dissolving the Long Parliament in April 1653: “You have sat too long for any good you have been doing lately… Depart, I say; and let us have done with you. In the name of God, go!”