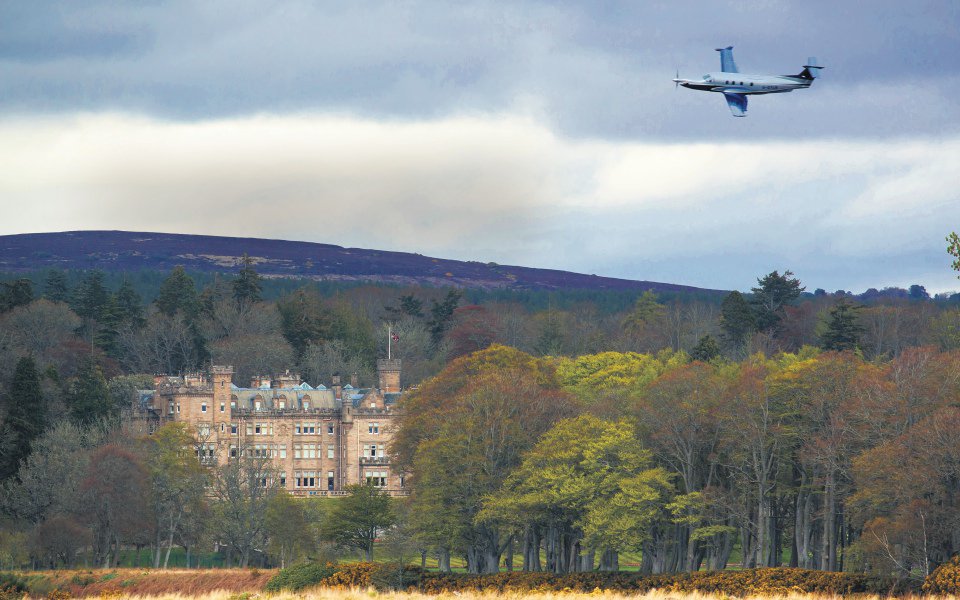 The private plane I’m boarding at South London’s Biggin Hill would be ideal for anyone who owns a desert island or alpine ski lodge. It’s a multi-talented Pilatus PC-12 NG. My destination is closer to home but even more exclusive: The Carnegie Club at Scotland’s Skibo Castle.

My pilot, Edwin Brenninkmeyer, who is also Pilatus’s distributor for the British Isles, describes the PC-12 as an SUV of the skies. You can go anywhere and do anything you want with it. It can take off and land in very short distances on unmetalled surfaces such as gravel, snow or, as confirmed when we touched down with barely a bump on the tiny Easter airfield near Tain, grass.

Emerging from the BMW-designed cabin, we’re met with a proper Highlands welcome. A kilted bagpiper giving it a lung-full. The music comes courtesy of David Munro, a friendly farmer and owner of this picturesque airstrip who is such a fan of aviation he doesn’t charge a landing fee. When he heard a PC-12 was coming he laid out the tartan carpet.

This is the most popular aircraft of its kind because it’s so flexible and cost-effective. Swiss-built, Pilatus is privately-owned and has been trading for nearly 80 years. A lot of their customers are owner-fliers because the PC-12 only requires one pilot, and the luxurious cabin can be arranged with seating for six to ten passengers. The room inside is greater than most medium-sized jets costing twice as much, while its ultra-reliable single turboprop engine is so economical it’s cheaper to take this than fly commercial. 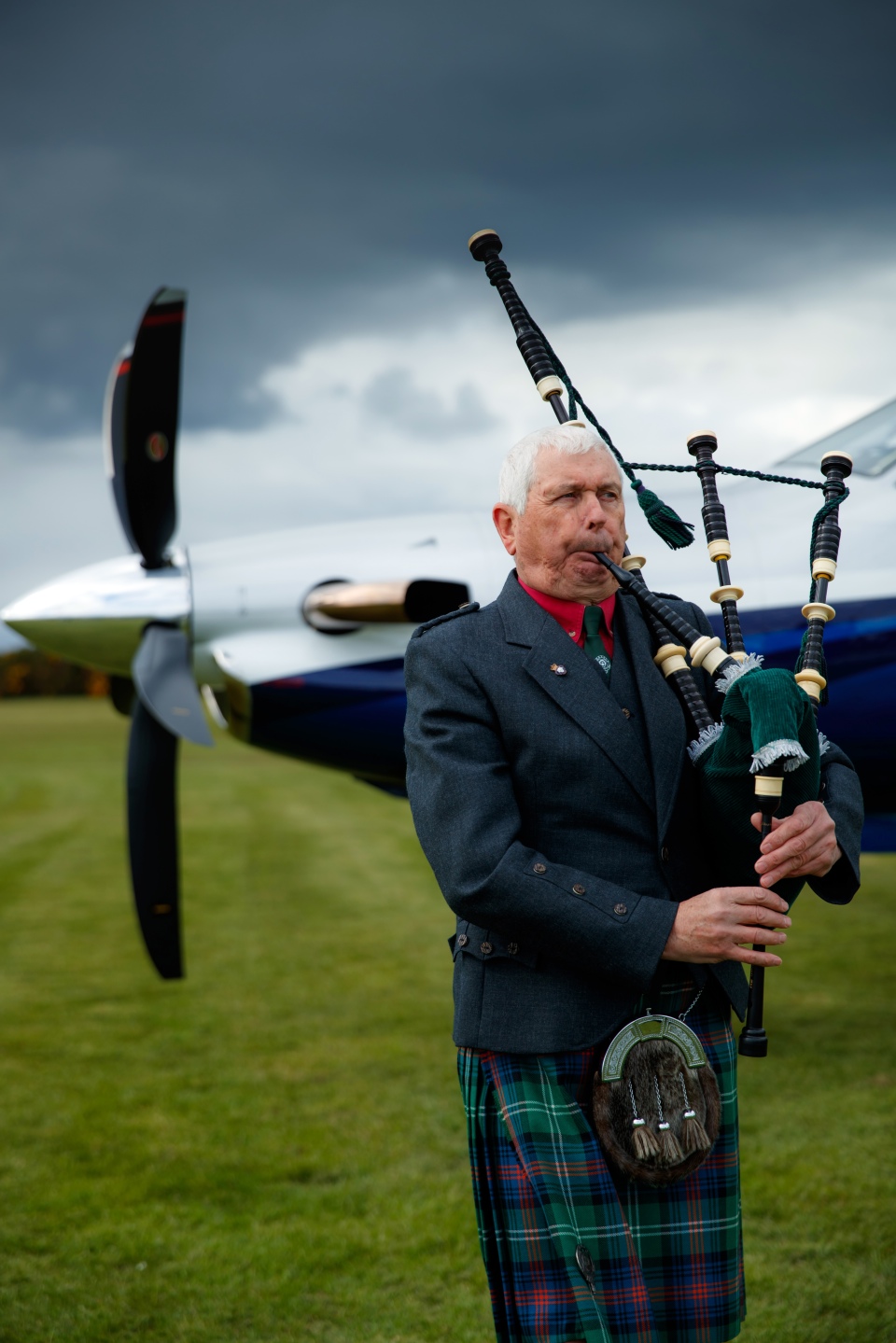 The Carnegie Club, on the other hand, isn’t one for bargain hunters but for those passionate about golf and the great outdoors who are sufficiently well-heeled that they can belong to the membership of 400. The joining fee is £25,000 plus £8,500 in annual subs. The room rate at Skibo Castle is an additional £1,300-a-night for members, and more for their guests.

There is a fleet of black Range Rovers at the airfield waiting to take us and our luggage the seven miles to the castle. Nestled on the edge of the Dornoch Firth, Skibo’s 18th century battlements poke through the mist and when the sunlight hits the sandstone the effect is ethereal. There are butlers awaiting us at the entrance, ready to proffer drams of the celebrated local firewater.

The Carnegie Club’s charming chairman Peter Crome leads us into the Great Hall, oak-panelled with stag heads hung over open fires, a full-size organ, and stained glass depicting Skibo’s Viking history and scenes from the life of Andrew Carnegie. 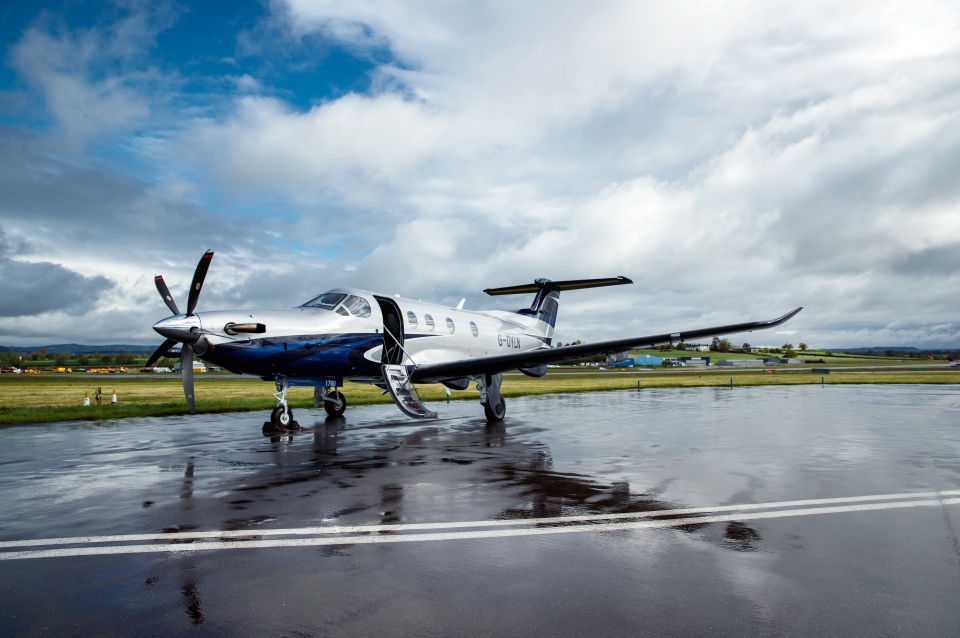 Carnegie was, during his ownership of Skibo, the richest man in the world. His wealth equalled one per cent of the USA’s GDP and the equivalent of $395 billion in today’s money, making him more minted than Jeff Bezos, Bill Gates, Warren Buffet and Mark Zuckerberg combined. He had been born into very modest circumstances in Dunfermline near Edinburgh and, aged 13, had sailed with his family to the United States to escape 1848’s economic depression. Beginning from the very bottom in Pittsburgh as a bobbin boy, he rose to become the country’s most important steel magnate and ­­­­­later gave away most of his fortune, pretty much inventing the concept of philanthropy. In 1898, Skibo became his proudest acquisition, and the scenes in the striking glass depict the simple weaver’s cottage in which Andrew was raised, and the boat that took him to the New World.

Had Carnegie lived in the age of private aviation I suspect he’d have favoured the Pilatus PC-12. It’s perfect for accessing remote destinations like this, and entrepreneurial owners enjoy being able to fly themselves without requiring a crew. The fact that this aeroplane holds onto 80 per cent of its value after ten years makes it a sensible outlay. The PC-12 is lower key than a jet, too, which suits Skibo’s style. While the country club has sky-high fees, its membership is appealingly unflashy. Carnegie may have been classed as ‘new money’ a century ago, but those attracted to his legacy come from old families. The membership is 50/50 from both sides of the Atlantic.

Now owned by another American billionaire, Ellis Short, Skibo Castle has welcomed many luminaries through its doors; Woodrow Wilson, Herbert Asquith, Rudyard Kipling, Winston Churchill, various Vanderbilts and Rockefellers have all awoken to the sounds of bagpipes here. Edward VII once popped in unannounced seeking interior design inspiration. The 20 bedrooms are larger than most London flats and are decorated with palatial 19th century grandeur.

In addition to its 18-hole golf course being one of the world’s most immaculate, there are tonnes of other activities on offer. There’s a stable of thoroughbred horses and a garage full of off-road quad bikes perfect for touring the 8,000 acre estate, or the PC-12 can transport your own: The aircraft has a huge hold and the biggest and most accessible cargo door of any private plane, so you can transport all manner of motorised or watersports toys. There is hunting or, if you prefer your quarry without a heartbeat, clay pigeon shooting. Peek out of your bedroom window and you’ll see a falconer on the front lawn exercising half a dozen magnificent birds.

Champagne never stops flowing, and the Scotch decanter in your room is refilled twice daily. The place is entirely full-board, so you never have to worry about signing anything. After a decadent dinner of finest game enjoyed with the castle’s other guests, things get even chummier with a singalong in the Drawing Room. Resident ivory tinkler Martin Treacher becomes master of ceremonies and proffers four gigantic songbooks from which to make requests. Generous digestives keep the vocal chords well lubricated as a dozen guests shuffle around the grand piano and attempt Bohemian Rhapsody. Martin and all the other wonderful staff here are the heart and soul of the place. The key to Skibo is that it feels like you’re at the most spoiling Edwardian house party, and there really is nowhere else like it in the land.

24 hours are not enough, but the whole point of having a private plane at your disposal is you can jet off for fun-packed overnight escapes. The Pilatus is back in the air after just 792m of Easter’s runway. We head to London at 320mph in the calmest of skies at 30,000 feet. The fuel bill for our round-trip to the Highlands is just £600. Per head, that’s half the price of EasyJet. Oriens Aviation will sell you a new PC-12 for $5 million, which is a sizeable investment but, then again, it’s a most fitting compliment to your Carnegie Club membership.

To find out more visit Oriens Aviation and Skibo Castle